Illinois, Drink Raw Milk While You Still Can

In Illinois, you can still drink raw milk—for now. The state's health department is gearing up to limit raw-milk sales. 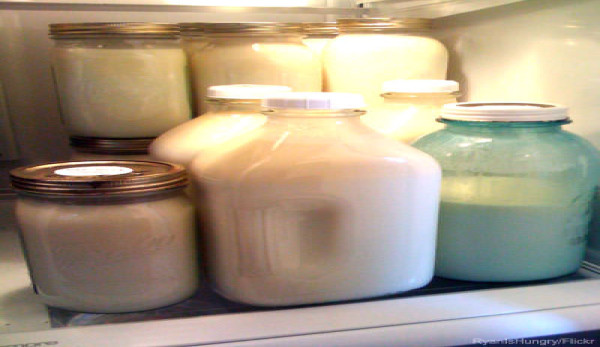 Illinois is currently one of 29 states where the sale of raw (unpasteurized) milk is legal from farm to consumer, but this month, the ball will get rolling (again) to change that.

Sure, picking up a gallon of raw milk for your family isn’t as easy as walking into an Illinois Kroger. In fact, it’s not easy for Illinoisans to find the stuff to begin with. Even though Illinois state law says farmers can sell unlimited quantities of raw milk, it requires that:

While the ban against raw milk advertisements makes it difficult to find unless you’re already a part of this underground network, at least you can legally get your hands on raw milk in Illinois if you want it.

Mucking Up the System
However, things are about to change, making the search for raw milk even more of a challenge. Illinois Department of Public Health is proposing tighter restrictions on milk producers, which include:

The inspections and testing I can get behind, as long as they’re fair across the board and aren’t going to be so costly that they put the little guys out of business. (This often happens when inspection and testing fees are added up.) However, picking and choosing sanitary standards and prohibiting raw milk for guests is pretty ridiculous. Requiring the Grade A dairy standards be met would make sense if that were reasonable for small-scale, raw-milk producers, but raw-milk producers already have their set of standards to meet, so why tack on extra? And the instructions and consumer-awareness literature is kind of silly, too.

The Raw-Milk Argument
It’s milk, people! And if someone wants to drink it straight from the cow, I don’t see how it’s the government’s business. Raw milk is not being pushed on the street corner like a drug—this is something you have to seek out and knowingly consume. In Illinois, there have been no foodborne illnesses connected to raw milk reported since at least 1998. It is up to consumers to understand the potential risks, and then they can pour themselves a big, frosty mug or take a pass.

All of this is better than the bill that was introduced earlier this year in Illinois legislature, which would have banned raw-milk sales altogether, yet it’s not doing Illinois farmers or consumers any favors.

Raw-milk consumers: Stay on top of this issue through the Illinois Alliance for Raw Milk and by checking back on this post. Once the regulations are introduced, there will be a 45-day public-comment period for you to let the IDPH know your thoughts.