In The Pawpaw Patch

A cousin to many tropical fruits, the pawpaw is the only North American representative of its family and truly a delight of the forest. 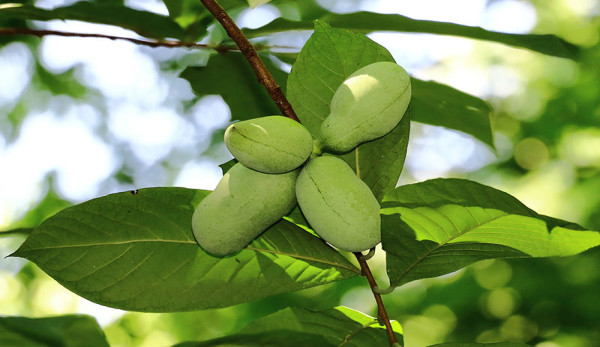 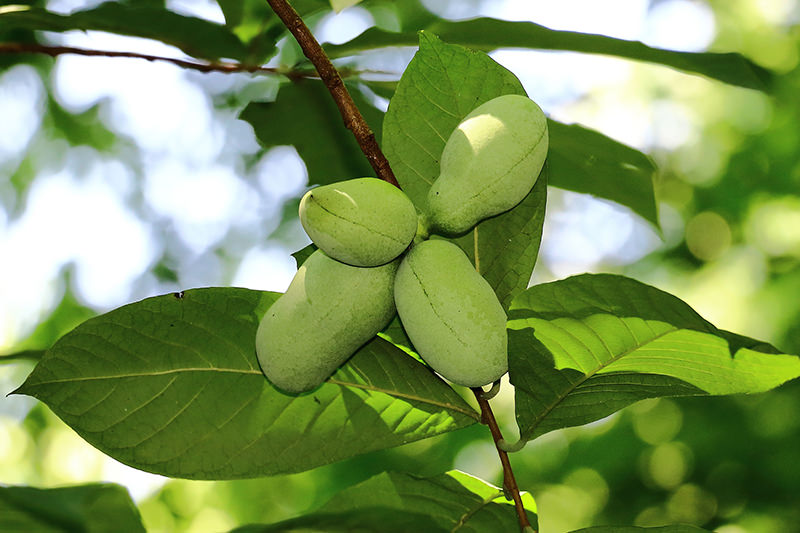 Every so often, itâ€™s good to take a walk in the woods with someone new. This past week, I took my apprentices down to the Goldenseal Sanctuary in Athens, Ohio, run by United Plant Savers. We went on a two-hour hike with Chip Carroll, who is very familiar with the trails and is also a local to the area. Because of his personal attachment to the sanctuary, this was like walking through his backyard, meeting plants he had raised personally. In fact, there were many areas of threatened native medicinals that he had a hand in re-planting.

One of the great benefits to walking with someone new is their different perspective. Chip introduced my class to the pawpaw tree (Asimina triloba) and, for me, it was like meeting an old friend again. I was originally introduced to this tree by my college professor at Ohio Wesleyan University. His expertise is in the Annonaceae family, which is largely tropical. Pawpaw is the only North American representative of the family, and its wide tropical leaves tend to stick out in the temperate forest. Even with such a distinctive leaf, there are a few trees that I often confuse with the pawpaw, causing me to haul out my identification key to be sure. Chip plucked a leaf and passed it around the group asking us to smell it as we crushed it between our fingers. The smell was acrid and kerosene-like, something I had never noticed before. While members of the class wrinkled their noses, I laughed happily. The smell is distinctive to the pawpaw and I will never need to use my identification key again!

The pawpaw grows in a cluster, giving rise to songs about “the pawpaw patchâ€ť. If you would like to grow some pawpaw, youâ€™ll want to get at least two to three starts. Iâ€™ve seen them online and here in Ohio for sale at my favorite nursery, Scioto Gardens. Plant them in a shady spot with rich, moist soil. In the spring you will find beautiful, matte purple, tropical flowers emerge and the resulting fruit will start to ripen.

The pawpaw fruit, or poor manâ€™s banana, is extremely difficult to describe. Delicious and sweet, it reminds one of many different, more well-known fruits, all at once. It was largely ignored for many years until it was added to the Slow Food Ark of Taste and launched into the minds and hearts of the foodie movement. Now youâ€™ll find it in sampling menus, ice cream, yogurt, beer and more. There is a Pawpaw Festival in Albany, Ohio, that has celebrated this woodland fruit for 17 years now.

Before we walked away from the pawpaw, Chip snapped off a twig and handed it to me. The bud at the end of it has a unique shape, being both flattened and sharp. He shared with us that John Audubon did some of his first forest drawings with a pawpaw twig. The shape allowed him to do both broad and fine strokes. He actually drew his yellow-billed cuckoos on a pawpaw branch. Since returning from the tour, I have been scouring my books for more information on this bit of history. I havenâ€™t found anything yet, so Iâ€™m looking forward to the Ohio Pawpaw Festival. Iâ€™m positive someone there can tell me the rest of the story.