Expect the unexpected when it comes to your flock's health with a well-stocked chicken first-aid kit. Here's what to include to keep your chickens healthy. 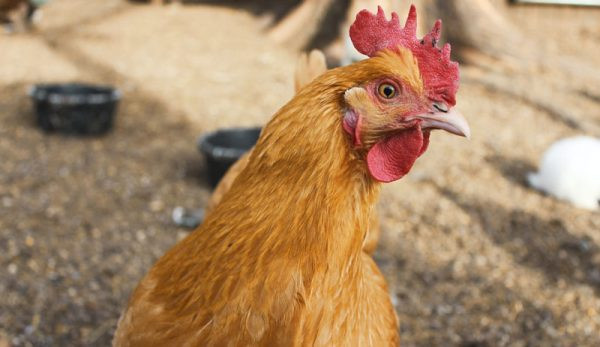 When my wife, Elaine, and I began our chicken-raising career, weâ€”like many first-timersâ€”committed numerous errors. Indeed, the first three or four years (before we learned to keep a chicken first-aid kit), every single bird that came down with some malady died.

We even came up with the maxim that â€śa sick chicken is a dead chicken.â€ť One particular memory is especially painful to recall.

A Tale of Loss

Boss was the first heritage Rhode Island Red rooster to ever lead our flock. Big, brave and also benevolent toward his hens and us, he possessed all the traits one desires in a roo.

Then one morning, he seemed lethargic and didnâ€™t crow. The second morning saw him increasingly sluggish. A smaller rooster began pecking him.Â

Boss died the next morning. While examining his vent area, I witnessed hundreds of maggots feeding on him. The poor creature had died of fly strike. Through our ignorance and hesitation, we had done nothing to save him.

Read more: Fly strike isn’t fun to think about, but it’s important to protect your chickens from the condition.

Contrast that situation with what happened several years ago. One morning a pullet left the henhouse and instead of joining everyone else at the feeder and waterer, she plopped down in the dirt.

I immediately went to her, searched through her wing and breast feathers, then tipped her over to examine the vent. There, I found about a dozen maggots.

She was in the first stages of fly strike.

I immediately left the run with the young hen and called out to Elaine to ask her to set up our chicken hospital. We then grabbed Prozap Garden & Poultry Dust from the chicken first-aid kit and shook it all over the pulletâ€™s body with special attention to the vent and wings.

Meanwhile, Elaine reopened our chicken sickbayâ€”two tarps laid atop each other, a childproof fence formed into a rectangle on top of the tarps and an old screen door as the ceiling.

After applying the poultry dust, I watched as maggots streamed off the pullet, dying not long after. Next, we â€śadmittedâ€ť the pullet to our hospital. There, Elaine had ready brown bread soaked with probiotics, which we also added to her waterer.Â

My wife also put blueberries, a true super food, in the feeder. Of course, with the pullet ensconced in our infirmary, she was safe from the bullying that chickens direct toward ill flock members.

The next day, our pullet grew perkier and improved steadily over the next three days. On day four of her stay, we deemed her well enough to rejoin her flock.

She even laid an egg a few days later and has been hale and hardy ever since. No longer do we believe in the proverb that a sick chicken is a dead one.

And with that, Iâ€™ll let my wife take over.â€¦

My husband, Bruce, is in charge of making the initial diagnosis of whether our chickens are ill or not, as he seems better at noticing if anything is wrong with them.

Bruce is also in charge of letting our birds out of the coop in the morning and providing their food and water for the day. And he likes to watch all of our individual birds start their day and make sure they are acting normally.

But itâ€™s my job to primarily take care of the sick. Here are some of the items necessary for a well-conceived chicken first-aid kit.

Across many generations this balm has been applied to humans for chapped lips, abrasions, moisturizing and all kinds of minor ailments. Basically, petroleum jelly serves the same purpose for chickens, minus the chapped lips, of course.

We especially use this ointment for combs and wattles showing frostbite, as well as a protection against frost burn.

With their bigger combs and wattles, roosters are especially likely to experience frostbite in the wintertime. And whether a rooster or a hen is being treated for this ailment, youâ€™ll need someone to hold a bird while the other person applies petroleum jelly.

Our chickens simply donâ€™t like this salve rubbed on them so Bruce will hold the squirming individual while I gently rub it on the afflicted part. Despite their protests, we like to think that they sense their combs and wattles feel better afterward.

Sometimes, especially during the winter, weâ€™ll find small mites on these same areas as well as on the legs. Petroleum jelly can be very helpful for smothering mites.

This is an oily solution that is very beneficial in helping soothe a chicken displaying early signs of a cold such as sneezing. Of course, healthy chickens sneeze a great deal with all the dust in their environment.

But if a bird continues to sneeze throughout the day, it may indicate a malady of some kind.Â

VetRx is very helpful for any kind of respiratory problem and should be in every chicken first-aid kit. I add a few drops, which has a menthol smell, to the edges of the waterer. If a chicken seems overly weak, I will dip bread in the waterer after VetRx has been added and give the treat to her.

Read more: New to chickens? Check out these tips from seasoned keepers.

This blue salve is what we utilize when a hen has wounds and scratches or abrasions from overly lustful roosters. We also used Hen Healer one time when Don, our alpha Rhode Island Red rooster, lost a spur during a fight with one of his offspring, who shepherds a flock in the adjoining pen.Â

Usually come morning, the two roos crash into the fencing a few times as part of a fruitless attempt to annihilate the other.
Then theyâ€™re done jousting for the day.


But this time, the daily morning skirmish took place a little longer and one of Donâ€™s 2-inch-long spurs became the casualty. The salve was just the thing to keep an infection from occurring as it creates a barrier to insects and dirt.Â

This very beneficial balm helps heal abrasions, cuts, pecking wounds and bare areas due to feather loss. Christine Haxton, a chicken fancier who lives near us, feels the product even encourages regrowth of feathers that are lost due to injury.

Typically, I first spray Vetericyn on the afflicted area to clean and disinfect the wound. Next, I apply any salves or ointments from the chicken first-aid kit.Â

We keep Sav-A-Chick in single use packs in our chicken first-aid kit, adding them to the drinking water of any ailing or stressed bird.Â Usually, we add the probiotic when a chicken has experienced a serious affliction such as fly strike or a minor one such as a cold and/or sneezing.Â

Also, when any chicken becomes ill with anything and has to be temporarily removed from the flock, every other chicken receives the probiotic, as does the one in the hospital.

We primarily use the electrolyte powder as a pick-me-up on extremely hot days.

After our chickens stop laying, usually by November, we add Wazine to their waterer as a preventive measure for the winter to come.Â

The Prozap dust we use contains Permethrin, which is a synthetic insecticide that repels ticks, flies and many other pests. In fact, as noted earlier, it will kill maggots on contact.Â

During periods where we see lots of flies, or if there is fly larva in the henhouse droppings, we dust the flock as a preventive measure. When a bird has been stricken with fly strike, we dust that individual before moving it indoors to the chicken hospital. Â

We no longer believe that a sick chicken is a dead one, and neither should you. Obviously, all of us will lose a bird from time to time.

But having the items on hand to create a chicken hospital and always keeping a well-stocked first-aid kit will potentially keep deaths to a minimum and result in a healthier flock overall.Â