The Army Corps of Engineers is flooding farmland in the Midwest and the South to prevent disaster in major cities. 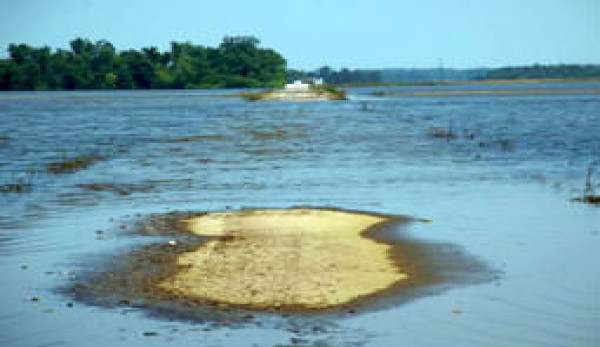 In the words of country-music artist Luke Bryan, â€śrain is a good thing.â€ť But what happens when that good thing becomes so counterproductive it destroys the livelihood of thousands and threatens wide-scaleÂ disaster cleanup efforts?

The unusualÂ weather patterns of spring 2011 posed this dilemma to farmers, as record-setting amounts of rain fell on the Midwest and the South. In communities like Cairo, Ill., located where the Mississippi and Ohio Rivers merge, and New Orleans and Baton Rouge, La., the result wasÂ  swollen and flooded rivers.Â Â

To combat overflowing rivers threatening to take out major U.S. cities, the Army Corps of Engineers decided to open several levees along the length of the Mississippi River and flood rural farmland instead. Farms in several states have been impacted by the floodwater, including Kentucky, Tennessee, Arkansas, Louisiana and Missouri. In Missouri alone, more than 100,000 acres of rich farmland have been consumed by water from the Birds Point levee breech.

Most of the farmland belongs to large-scale farmers, says Michael Aide, Southeast Missouri State Universityâ€™s agriculture department chair, but he reports family farms, including those that have been in families for generations, have been affected, as well.Â

Flooding has not occurred strictly from the levee breechings but also from heavy rains, Aide notes. In a sense, everyone has been affected, from small-scale farms and garden producers to horticulturists and individuals in the lawn-care business.

Much of the damaged farmland is used to raise traditional crops such as corn, soybeans, wheat and some cotton, but largerÂ organic farms have been hit, as well, Aide says.

Flooded organic farms will likely not need to be re-certified after cleanup, Aide says. His concerns are the economic effects and the unusual problems the flooding has created for farms. The watershed could bring in seedsâ€”bothÂ weeds and cropsâ€”to farms from other areas that take root in a new area, he explains.

Counties affected by the floodwaters could also see financial strain on other community resources, as money used for schools, roads, police and fire departments might be reallocated for disaster cleanup. The financial damage created by the flooding will reach into the millions, Aide says.

These areas may still see more flooding this year.

â€śEveryone is scratching their heads,â€ť Aide says of recent weather patterns. â€śItâ€™s been a most unusual year.â€ť Missouri has already gone from floods to 100-degree-F days.

There will be some relief for farmers thanks to Farm Service Agency loans, which assist farmers through such times of loss with the goal of preventing the farms from shutting down entirely.

FSA also offers crop insurance if policies were purchased before planting and the crop was already in the ground prior to the flooding.