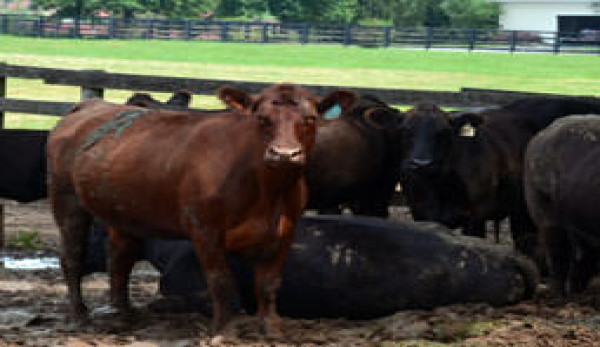 Although sales of organic meat are low, according to the USDAâ€™s Economic Research Service, it is one of the fastest-growing sectors in the organic-food industry. Organic livestock producers want to respond to market demand, but one of the challenges theyâ€™ve expressed has been gaining access to alternative veterinary care. Antibiotics and a variety of other conventional treatments are excluded by National Organic Program standards.

Jenny Oâ€™Neill, an Iowa State University graduate student in sustainable agriculture, looked at this issue by surveying all USDA-certified organic livestock producers in Iowa as well as members of the Iowa Veterinary Medical Association who work with food animals. Her study was funded by a Leopold Center competitive grant awarded to her advisor, Betty Wells, professor of sociology.

Veterinarians, on the other hand, perceived a number of health challenges within organic systems and stressed the importance of veterinary involvement.

â€śAs veterinarians, we have a lot more information for farmers from a production standpoint,â€ť says Dr. Annette Oâ€™Connor, DVM, an associate professor in Veterinary Diagnostic and Production Animal Medicine at the Iowa State College of Veterinary Medicine. â€śOrganic producers probably think weâ€™re there only to help with medical issues so we do not get called in to help, that is, until health really becomes an issue.â€ť

The veterinarians surveyed showed a high degree of misunderstanding regarding the definition and rules of organic production, existence of national organic standards, and where to access authoritative information. Oâ€™Neill says these factors indicate that information related to organic standards and options is not always making it into the hands of veterinary professionals.

But while most veterinarians expressed some reservations about organic production, the majority indicated interest in it and recognized consumer demand for organic products. Most said they believe information related to organic systems is difficult to access and favored increased educational options, such as continuing-education credits and increased information within veterinary-medicine programs.

While Europe allows emergency antibiotic treatments for organic livestock under certain conditions, it is not allowable in the United States for an animal marketed as organic. Ron Rosmann, an organic livestock producer from Harlan, Iowa, says he relies on various vaccinations allowable under NOP standards and treatments other than antibiotics to manage his herdâ€™s health. He said he would like to see research on alternative treatments for common problems, such as pinkeye in cattle, which would provide him with more options as an organic producer.