The redbay ambrosia beetle, carrying a fungal disease damaging to avocado trees, is spreading through the U.S. while researchers aim to stop it in its tracks. 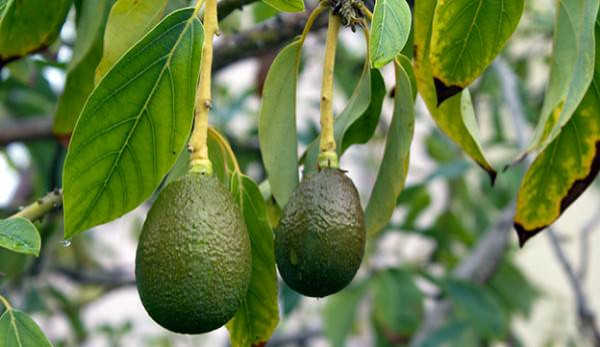 DoÂ  slices of avocado on your lunch salad sound like the perfect addition to a well-rounded farm meal? Maybe, like the rest of the U.S., youâ€™ve got guacamoleâ€™s main ingredient on the brain (The Wall Street Journal reported a 30-percent increase in avocado consumption in the first half of 2012), but this creamy, green fruit, hailed for its heart-health benefits, is under threat from a spreading fungal disease.

Laurel wilt disease, caused by the fungus Raffaelea lauricola, kills 90 to 95 percent of the avocado and laurel trees it infects, and the disease has spread to the Carolinas, Florida and Mississippi thanks to the redbay ambrosia beetle, an invasive pest from Asia. USDA scientists are concerned that the redbay ambrosia beetle and the disease will soon reach Mexico and California, which are major avocado production areas, and are devising ways to keep the beetle contained.

Paul Kendra and his colleagues at the USDAâ€™s Agricultural Research Service Subtropical Horticulture Research Station in Miami, Fla., are searching for chemical attractants for beetle traps, treating trees in the ARS avocado collection with fungicides to slow the spread of the disease and shipping trees from the Miami avocado-germplasm collection to disease-free sites.

In field experiments, the researchers compared the number of redbay ambrosia beetles attracted to manuka-oil lures, phoebe-oil lures, and bolts of wood cut from lychee and from three races of avocado trees. The trials were conducted at a Florida conservation area where the beetle has infested trees since 2007. Previous research has shown that like other bark beetles, the redbay ambrosia beetle essentially sniffs out these volatile compounds.

In laboratory tests, the researchers also conducted choice experiments by putting lychee and avocado wood at opposite ends of a plastic bin and placing the beetles in the middle to see which wood they preferred. Compounds released by the two types of wood were analyzed using gas chromatography-mass spectroscopy. Results published in the Journal of Chemical Ecology showed that the redbay ambrosia beetles had no strong preference among the three avocado races and that lychee was the most attractive wood. Of the 29 compounds detected, three were found to attract the beetle and the lychee had large amounts of all three.

Subsequent research, with results published in the Journal of Economic Entomology, also showed that the phoebe-oil lures were effective for 10 to 12 weeks, but the manuka-oil lures lasted only about two to three weeks. Knowing how long the manuka-oil lures work should prove useful to Florida agriculture officials, who use them in monitoring efforts. Officials and avocado growers will also benefit from the researchers’ discovery that the beetles prefer freshly cut wood surfaces, a finding that helps growers realize trees are vulnerable to attack during pruning.