You might want to eventually rid your land of these invasive plants, but until you're able to get rid of them, you can make use of them. 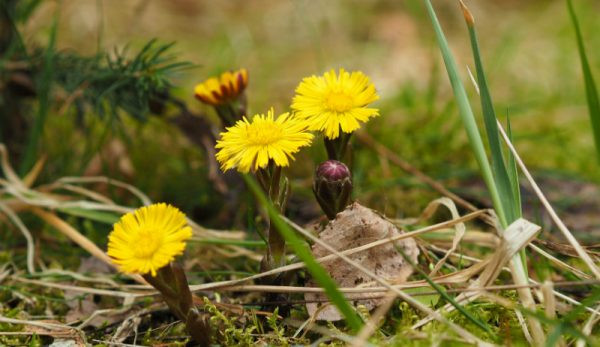 If you have any amount of land, you know that a pasture or woodland area can be a treasure trove of plants waiting to be discovered. Some plants are native and healthy for the ecosystem, some are non-native invasives eager to take over, and others are just highly abundant due to an imbalance in the soil. When you find the latter two, you might be eager to rid your land of these species for goodâ€”and while itâ€™s good to get noxious plants under control, it could ease your mind to find value in them, as well.

Here is a list of five nuisance plants and how you can put them to use on your farm until you can eliminate them from your property. As with all wild plants, be sure you obtain a correct identification before ingesting them. Make use of a good guide book and consult an expert forager when working with plants you are unfamiliar with.

Several types of wild blackberry grow throughout the U.S., and while some are native, others, such as the Himalayan blackberry, are introduced species. Regardless of which type you find in your area, blackberries can grow thick and cause problems for people who donâ€™t want them growing. The thorny canes can prevent passage through the land, they can play host to nuisance insects such as chiggers, and they can spread quickly. While some wild blackberry species are listed on the U.S. Department of Agricultureâ€™s noxious plants list and others can be just plain annoying, they can still be quite usefulâ€“even if youâ€™d rather they not be there.

Uses: The berries, of course, are edible. Although they’re not as sweet and juicy as cultivated varieties, you can use them in your favorite pie, cobbler or dessert recipeâ€”a little sugar added will quell the sourness. Blackberry roots can be dug for herbal medicine to address many illnesses, including diarrhea, and a folk remedy says the leaves can be chewed to cure a toothache.

Natural Control: Repeated tillage is the best form of natural control for wild blackberries, according to the University of Californiaâ€™s Statewide Integrated Pest Management Program, as a one-time till can leave behind fragments of rhizomes that can sprout into new plants. Mowing and controlled burning can also work as short-term control.

Introduced to the U.S. as an ornamental and to help control erosion, Japanese honeysuckle spreads quickly, choking out native species that cross its path. The plant is propagated by birds that eat the fruits and drop the seeds, as well as by rhizomes, and the combination of its vining habit and size can even take down whole trees. While itâ€™s smart to take measures to control this invasive species on your property, there are ways you can put it to use if itâ€™s there.

Use: The desirable sweet-smelling flowers of Japanese honeysuckle also translate into delicious treats for the taste buds. Make a simple syrup by boiling the leaves and adding sugar to the resulting tea to add to any number of confections. In traditional Chinese medicine, Japanese honeysuckle is known as Jin Yin Hua, and the flowers can be used for upper respiratory infections and digestive issues, among other things. The berries should be avoided, as they are toxic.

Natural Control: Replace ornamental Japanese honeysuckle with similar native plants, and provide adequate ground cover to prevent its spread on land where itâ€™s already present. While physical removal is possible for small infestations, chemical control is the most effective means of containing an unruly population. Take precautions if applying an herbicide to minimize damage to surrounding areas.

An invasive species in the northeastern corner of the U.S., coltsfoot was probably brought over by European settlers who used the plant as a medicinal. It can be competitive to native species in moist fields, along stream banks and roadsides, and in disturbed areas.

Uses: Coltsfoot leaves are a known folk remedy for upper respiratory problems, particularly as an expectorant for coughs. Itâ€™s often served as a tea in formula with other herbs soothing to the lungs with a bit of honey added to it.

Crown vetch grows invasively through most of the U.S. because of its use as ground cover, erosion control and nitrogen fixer and has gotten out of control because of quick spreading through rhizomes.

Uses: While youâ€™d surely want to avoid introducing crown vetch to your land, if you find it growing somewhere you donâ€™t want, take heart that itâ€™s not all bad. As a legume, crown vetch benefits your soil by fixing nitrogen, and its vigorous vining habit provides a ground cover to protect against other weeds. It also boasts a pretty purplish-pink flower that you can enjoy in the summer.

Natural Control: Hand-weeding and mowing over the course of several years can help keep crown vetch from spreading. Prescribed burning can help control the spread of seedlings in a small infestation.

Bull thistle thrives in a wide range of environments, and as such, it grows in every state in the U.S., including Hawaii and Alaska. Itâ€™s particularly a problem in repeatedly disturbed areas, and it easily outcompetes native plants once established.

Uses: The entire bull thistle, from the flower to the root, is edible, though quite bland. PreparingToSurvive.com mentions cooking the flowers and roots as you would any vegetable and mixing it with something more tasty. You can also prepare immature seed heads as you would an artichoke, albeit a very small one. Take caution when eating the leavesâ€”while edible, their spines need to be removed first. Bull thistle can also be used medicinally to treat varicose veins, fevers and joint pain, among other things.

Natural Control: Mow, hand-pull or cut to prevent seeding, and ensure that any hay brought to your land is certified weed-free, particularly if you’re located in a backcountry area. Several biological controls, which include flies and beetles that feed on the seed head, have been used to help control bull thistle’s spread and vary in safety and effectiveness. Check with your local extension agent if interested in implementing a biological control in your area.