Know These 3 Invasive Plants From Their Native Look-alikes

Native species can be great for your property's looks and ecosystem, but avoid unknowingly introducing one of these invasive plants that look similar. 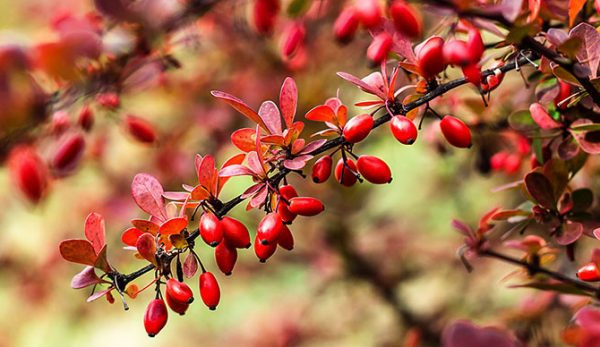 Native plants are adaptation superstars. They are perfectly suited to live where you live, not just enduring but thriving in the areaãs climate, seasonal cycles, sun and soil conditions. Bringing native plants into your garden or farm supports wildlife, encourages native pollinators and supports a healthy system of life that can withstand adversity. Such systems, free of invasive plants, are made of team members that have been working together much longer than people have been. Theyãve gotten a lot figured out.

However, encouraging native plants, or purchasing them and planting them, requires knowledge. Itãs not as simple as stopping mowing and letting nature take its course. Invasive plants can resemble natives but donãt work in balance with the whole system. Here are a few invasive plants to watch out for as well as native ones that look very similar.

This dense, white-flowered plant (pictured above) can sprawl as a groundcover or climb as high as 25 feet as a vine. Abundant, sweet-smelling flowers overgrow the foliage from late August to early fall in the southeastern U.S. These aromatic, late-season blossoms are no doubt the reason Sweet Autumn Clematis is sold as an ornamental plant, but it will take over.

A native alternative that provides the same vining floral effect is virginãs bower (above), Clematis virginiana. Classified in the same genus as Sweet Autumn Clematis, it looks similar but with slight differences in the shape of the leaf (serrate instead of entire). Its fruit provides birds with food and nesting material from silky elongated styles. These pretty little tufts catch the breeze and can spread the seeds, so it might require some weeding but it wonãt run as rampant as its invasive cousin.

Brought from China and Japan in the 1860s, this landscaping shrub produces bright, colorful fall foliage and red berries. It also makes a wall of thorns, hence the barb in barberry, although thornless cultivars are available. Japanese barberry is sold by nurseries and used in landscaping, but it escapes hedgerows and forms dense thickets that outcompete with native forest vegetation. Thatãs not all that spreads with this shrub. It also harbors high numbers of ticks and is associated with tick-borne disease.

Black chokeberry, Aronia melanocarpa, fills a similar niche. Itãs a multi-stemmed shrub that gets moderately tall and takes well to pruning to maintain as a border hedge. As with many native plants, it can spread. This one does so through underground runners rather than seeds dispersed by wildlife or wind. Manicured landscapes such as lawns should suit black chokeberry because the mowing keeps runners from sprouting up and proliferating. With black chokeberry, you donãt get thorns. You will, however, get clusters of white-to-pinkish flowers in the spring as well as dark reddish-purple leaves in the fall, and your gardenãs wildlife will enjoy black berries into the winter.

Autumn olive and was introduced to North America from Asia in 1830 and has been widely used in land reclamation, windbreaks and wildlife habitat. Autumn olive does all these jobs well because it fixes nitrogen and can live in poor soil. It lives just a little too easily, though, and dense stands of autumn olive fill in open spaces that would otherwise host native woodland or grassland species. Its small, white tubular flowers bloom among gray-green leaves with silvery, speckled undersides. Its edible, red fruit is slightly speckled as well. Autumn olive is considered a shrub but can grow tall enough to resemble a small tree.

A wonderfully healthy plant to compare to autumn olive is elderberry, Sambucus canadensis. This shrub grows as high as 12 feet, giving it the leggy appearance of a tree. Like the autumn olive, it tolerates a variety of soils and provides wildlife habitat, but it is easier to control by pruning. White flower clusters in the summer attract pollinators, and fruits in the fall are a delight to birds and humans alike. Elderberry syrup is a great remedy for the cold and flu season.

Unfortunately, a large number of invasive plants are a problem because of nurseries and greenhouses that sell them as ornamental plants. Be a savvy gardener and question the standard plant selection at garden stores. Landscapers should be cautious when they buy stock. Check with local invasive or exotic pest plant councils for a list of invasives and their scientific names. When in doubt, hire a native plant landscaper, arborist or horticulturist and ask for help identifying plants on your property.