Thought to originate from the chariot horses of the Roman Empire, the Irish Draught are considered top jumping and eventing horses. 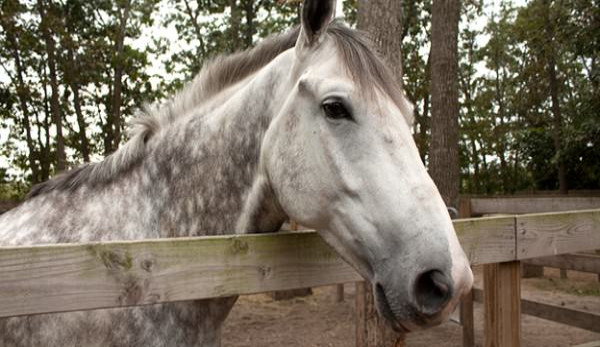 History: The origins of the Irish Draught are thought to stem from the chariot horses of the Roman Empire, Anglo-Norman warhorses and horses of Spanish breeding, which all mingled over the centuries in Europe. From 1850 to 1950, Irish farmers developed the Irish Draught, a versatile horse that could work in the fields, foxhunt and pull a carriage. In the mid-1900s, the Irish Draught became a popular cross with Thoroughbreds to create the Irish Sport Horse. The breed nearly became extinct because of considerable outcrossing. In addition, Irish breeders stopped registering their horses during periods of poverty and famine. Breed enthusiasts and the Irish Horse Board spent considerable time to start a new stud book. While putting this document together, they discovered that many Irish Draught horses were being sent to slaughter, leaving very few of these to carry on the breed. The Irish Draught Horse Society was founded in 1976 to help save the breed, which is still represented by only has 2,000 individual horses worldwide.

Conformation: The Irish Draught Horse is a powerful horse with considerable substance. It is has a deep girth, and a strong back and hindquarters. The withers are well-defined, and the croup is long and sloping. The head features a wide forehead and long ears. Some horses have a slight Roman nose. Stallions stand from approximately 15.3 to 16.3 hands, while mares usually measure 15.1 to 16.1. The breed comes in all solid colors, including gray. White that reaches above the hocks or knees is not acceptable. The Irish Draughtās movement is smooth and free.

Special Considerations/Notes: The Irish Draught is a rare breed in need of conservation. The European Food and Agriculture Organisation (FAO) of the United Nations classifies the Irish Draught horse as an endangered breed due to the declining population size. The American Livestock Breed Conservancy lists the Irish Draught as a breed under study.