Is Gardening Only for Fun? 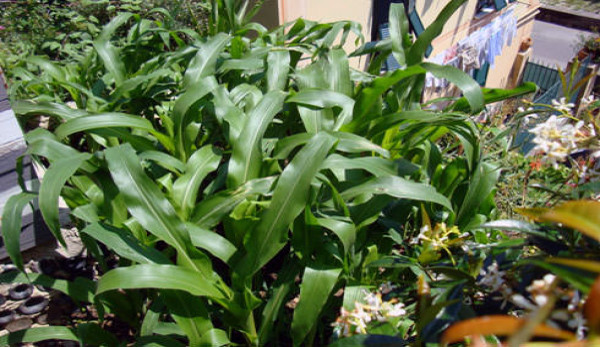 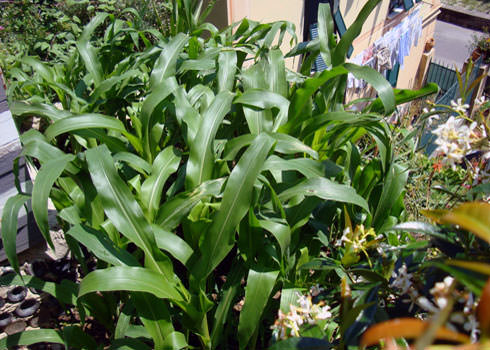 Italians take their gardening seriously. So seriously, they’ll even grow corn on a cliff, as shown above.

As usual, Iâ€™ll start this week by mentioning one of the things I really like about Italians. They take their urban farming and urban gardening really seriously here in Italy. I worked as a farm and garden consultant of sorts for 40 years in the U.S., and my feeling was that most Americans considered vegetable gardening a recreational pastime, something to connect them emotionally with the agrarian heritage from which we have sprung.

As such, the number of half-hearted, poorly executed vegetable gardens I saw was legendary. I was amazed at how many people would actually pay me to come over and look at a bug in their garden and I would finally tell them to just fertilize more. The few competent gardeners I saw were a shadow of a minority.

Here in Italy, vegetable gardening is not a pastime, it is a deadly serious task; one gets the idea that people here are not only concerned about whatever they will produce for the current season, but also very serious about maintaining vegetable gardening as an art upon which they may again have to rely on for survival. This is, of course, because the Italians have, many times in their modern history, actually had to survive on whatever they could produce in their gardens and gather in the forests.

Modern Americans can afford to be casual about their gardening, but I think we can already see that the Camelot that was the U.S. is fading away, and Americans will soon have to face the seriousness of vegetable gardening. In this context, I regard all U.S. gardeners as a part of a new civil protection militia, except that this militia is armed with shovels, waiting and training for the moment when their efforts will be required to ensure the survival of the society.

This seems an appropriate place to mention one of my favorite people: Joel Salatin of Polyface Farms. Amid all the idiocy of USDA and other destructive, exploitative agriculture, there rises a beacon of clear thinking and highly appropriate culture methodologies. This guy is possibly the wisest farmer on the planet, and we could do worse than elect him president.

My new favorite agricultural advocacy group these days is Backpack Farms, in Africa. This organization is teaching people who really need food how to cultivate crops, and do so in a cost-efficient manner. Itâ€™s not even a charity; itâ€™s a for-profit organization and is more effective than most of the much more costly charitable agencies that teach the same thing. My hat is off to them.

I think we in the U.S. should be doing the same thing. We should be training as many people as possible to produce significant quantities of their own food. I know itâ€™s not going to happen, but if I were president, Iâ€™d add agricultural education to all elementary and high-school curriculums.

To conclude, please remember that your gardening is a most patriotic act and is preparing the country to survive in the changing times ahead. Whether you write in my name or Joel Salatinâ€™s on the next presidential ballot doesnâ€™t really matter.