Is Perdue Actually Giving Chickens What They Want? 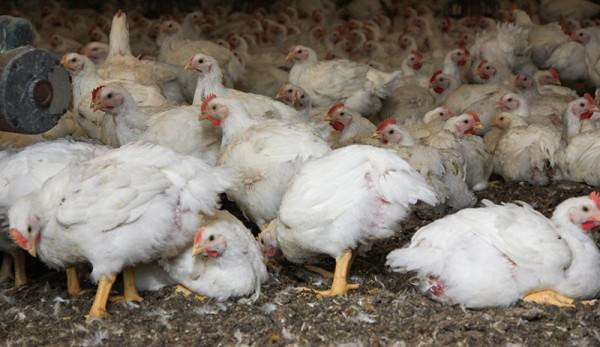 Well, apparently the people at Perdue chicken are listening. The poultry-industry giant is now giving deeper thought as to how their chickens want to live, according to an article in The Atlantic.

“We were pretty good at caring for chickens and taking care of what they need, but we haven’t necessarily been thinking about what they want,” Bruce Stewart-Brown, a senior vice president at Perdue, told reporter Alana Semuels.

If this has you raising an eyebrow, I’m right there with you.

Perdue has come under scrutiny from animal rights groups that have documented unhealthy chicken-keeping practices in Perdue’s partnering farms that have left the chickens with genetic disorders, handicapped and nearly dead. These conditions include packing chickens in window-free barns that give them little room to move, no access to fresh air and intolerable heat temperatures. Many of the chickens suffer heart attacks due to growing too fast and end up with broken legs because they can’t support the weight of their morbidly large bodies.

While Perdue claims that these documentations aren’t representative of their farms as a whole, they want to do more to improve the living conditions of chickens and give them more of “what they desire.” The changes include providing farmers with funding to install windows in barns to allow for natural light, feeding the chickens a vegetarian diet, improving the chicken feed texture and erecting structures for the chickens to “play” on.

OK, so maybe this a teeny-tiny baby step in the right direction. According to The Atlantic article, Perdue says they are learning more about organic chicken-keeping from Coleman Natural, which they acquired in 2011, but my thought is if they want to do right by these chickens, they need to step up their game.

While putting windows in the chicken houses (granted only about 5 percent more will be updated by the end of the year) will help with the chickens’ internal clocks and make them more active, Perdue’s policy is still to keep chickens housed indoors—so no fresh air for these flocks. Also, an all-vegetarian diet? If I were a chicken, I’d want to be chowing down on crickets and worms and the occasional mouse—but then again, I’m a foodie. And I have to wonder how much texture actually matters to a bird that swallows its food in one gulp and lets its crop do the chewing.

Will these changes make any difference in a factory farm system that, across the board, has great strides to make in terms of animal welfare and public health? I’m not getting my hopes up—but hey, at least its a start.