Is The Pawpaw Making A Comeback?

This North American native fruit might not have ever gone away for some, but it's making a big comeback. 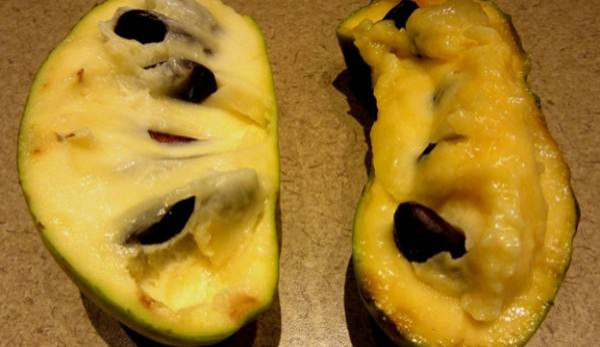 Have you ever tried a pawpaw? The fruit is native to North America, which means every American should have tried it at least once, right? Many of us haven’t, though. Admittedly, I have not. The pawpaw hasnâ€™t really been on my radar, but that doesnâ€™t mean it shouldnâ€™t be, and according to author Andrew Moore, the pawpaw should be part of all of our diets.

Moore recently wrote Pawpaw: In Search of Americaâ€™s Forgotten Fruit, wants Americans to incorporate the pawpawâ€”which tastes like a combination of mango and bananaâ€”in our meals again. According to Michigan Radio, Moore says that the pawpaw was a staple in Americansâ€™ diets when we foraged for food, but it has since been replaced by fruits like apples, oranges and bananas.

His suggestion? Plant some pawpaw trees. The fruit is high in niacin and potassium, as well as vitamins and antioxidants. The trees are pyramid-shaped, and in the fall, the leaves turn a bright yellowâ€”a gorgeous addition to your farm. However, the best part is that it can be organically grown.

“Thus far, it doesnâ€™t have pests and disease like our apples and peaches do, so it can be grown without the use of chemicals,â€ť Moore told Michigan Radio.

What do you think of the pawpaw?