Is Your Chicken Sneezing?

There are two strains of a common respiratory disease in chickens that you need to know about to keep them well. 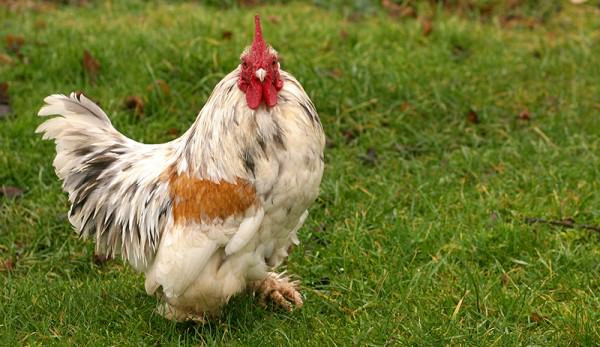 Imagine for a second: During morning chicken chores, you hear a sneeze. Itâ€™s not out of the ordinary, so you continue with your work. Then you hear a sneeze again and begin to investigate which chicken is the source of this funny little sound. As you scan the flock, you notice one bird breathing with its mouth open, even though itâ€™s a relatively cool morning, and then it sneezes again. Moving closer to the sneezing bird, you can hear it wheezing. These are all classic signs of a respiratory disease in a chicken, and thereâ€™s a good chance that this disease may be caused by a strain of the Mycoplasma bacteria.

For commercial poultry producers in the U.S., MG is one of the most costly diseases, not because MG causes high levels of mortality but because itâ€™s associated with a decrease in egg production in laying hens and decreased growth rate in broilers and turkeys. In backyard chickens, MG can cause the same problems. Like in commercial birds, MG is not associated with high levels of mortality in backyard birds.

MG is not a hardy bacteria; therefore, it canâ€™t survive outside a host for more than a few days. MG hosts include chickens in a backyard flock, as well as wild birds, so wild birds can transmit MG to backyard chickens through direct or indirect contact. At the same time, an infected hen can pass MG by ovarian infection on to a chick (called a vertical, aka mother-to-child, transmission). People can also spread MG if it is picked up by shoes, clothing or hands that have been around the bacteria or infected birds.

Chickens infected with MG may not show any symptoms until there is extra stress, which could be caused by a change in housing, feed, weather or simply by poor management. In chickens, the symptoms can range from mild to severe and include coughing, sneezing, wheezing, and ocular and nasal discharge. In chronic stages, a swollen head, respiratory compromise and severe cellulitis can be seen. These symptoms are very similar to the symptoms of many respiratory diseases, so laboratory tests must be done to confirm MG as the cause.

MS is similar to MG in that MS is also an infection of the respiratory tract, but MS can spread to joints. Severe infections of MS can infect the synovial membranes of joints and cause severe swelling. Just like MG, MS can be transmitted vertically from an infected hen through the egg to the offspring and also horizontally carried by wild birds as well as shoes and clothing that have been exposed to infected birds.

The outcomes of MS are, most of the time, similar to MG with low mortality but a decrease in egg production and growth rate. The symptoms of a mild MS infection are those of a respiratory disease and include coughing, sneezing, wheezing, and ocular and nasal discharge. Severe MS infections include the respiratory symptoms, as well as joint swelling, which may result in lameness.

Again, itâ€™s difficult to diagnose respiratory diseases based on symptoms alone; testing can be done in a laboratory to determine if there is an MS infection. Similar to MG, prevention is the best medicine when it comes to MS.

MS is associated with damp environments, so ensuring that the chickens have a dry living area is very important, as well as having a clean, well-ventilated coop. Antibiotics can be used to treat MS but arenâ€™t fully effective and can be very costly. Contact your poultry veterinarian for antibiotic guidance because chickens are food animals and some restrictions may apply if you are consuming their eggs or meat.

As with any disease in poultry, itâ€™s better to prevent the disease than to have to treat it. Good biosecurity practicesâ€”using dedicated shoes and clothes that are only worn when working around the chickens, limiting your birdsâ€™ contact with wild birds, and quarantining any bird that shows symptomsâ€”will go a long way to preventing illness in the flock.

If MG is suspected in your flock, the easiest way to treat the disease is to improve management, such as reducing the amount of dust in the air and increasing ventilation. Antibiotics have been shown to help treat MG, but the infection is known to return after completing the antibiotic treatment. A vaccine is also available and might be justified in some cases. Contact your poultry veterinarian for antibiotic or vaccine guidance, for the reasons stated previously.

Keep in mind that with Mycoplasma, infected breeders will disseminate the disease to their young, while infected chickens will act as vectors to spread the disease throughout the flock, amplifying the infection. Treatments are tedious and difficult, and disease outcomes are varied from lack of signs to CRD.

With all of this information about Mycoplasma in mind, letâ€™s go back to our sneezing, wheezing chicken.

As a newly informed chicken keeper who can now spot a sick chicken and know what actions to take, you immediately quarantine the ill bird from the rest of the flock so that there can be no direct contact. You make sure the quarantine area is well-ventilated, and you provide the chicken with fresh water and food in clean containers.

While the sick bird is quarantined, you decide to clean the chicken coop and apply a disinfectant, as well as add a new window that allows for more ventilation but with holes that small enough so that wild birds canâ€™t enter the coop. After a few days of quarantine, you no longer hear sneezing and wheezing and the once-sick chicken now appears healthy and ready to return to the flock.

Because you know of at least one chicken that was exposed to Mycoplasma, most likely other birds in your flock have been exposed, so be vigilant and ready for the next time you hear a cough, sneeze or wheeze coming from the coop.

This column was written by Theodore Derksen and Rodrigo A. Gallardo, and it originally appeared in the November/December 2016 issue of Chickens.