Is Your Rooster Experiencing Mating Problems?

If your rooster doesn’t seem interested in mating with his hens, there’s a likely explanation. 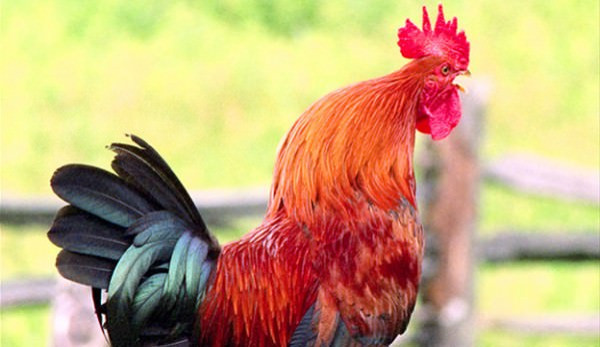 If your rooster seems to have a sudden aversion to the ladies in his flock, you might be worried about his health and vigor. Depending on where you live and what breeds you’re raising, the good news is that the rooster probably just fine. Here are four reasons not to worry.

Brrr! Your chickens are currently in a mode of survival. Eating and diverting energy to create body heat is a lot of work. You might still have a handful of chickens recovering from a late-fall molt, and with less sunlight during the winter season, usual chicken activities—like foraging, dust-bathing and even mating—are suppressed until temperatures are warmer. Once sunlight hours increase, wild foods come alive again, and, most importantly, when a hen resumes laying eggs, mating will start again.

Traditionally, before we started interfering with turning hens’ ovaries into 24-hour egg manufacturers, female chickens would lay about 2 clutches of eggs per year. Today, we call those chickens “unreliable layers.” If a rooster were present, and if the season were fall or spring (especially spring!), the chickens would mate on reproductive instinct. Then the hen would lay a collection of fertilized eggs in her nest every day until she determines that it’s time to sit. Not only does she stop mating, but also her instinct diverts to tend only to her eggs, and barely to herself as she broods for several weeks. Once her baby chicks hatch, her instinct would be to mother, but isolated from the rooster. Mating wouldn’t be on her mind again until her babies are self-sufficient and able to assimilate with the flock, which would be good timing to mate again, sit and hatch a fall clutch of eggs.

Chickens Mate For The Instinct Of Reproduction

We might like to think that every animal mates for amusement, but they don’t. Animals’ instinct to reproduce isn’t like the human instinct to begin a family. Chickens just don’t do that. Biologically, and evolutionarily, it would serve no purpose for a chicken to lay fertilized eggs in the dead of winter because any hatchlings would be sure to perish in those conditions. The same goes for wild birds. Birds don’t build nests and mate in the winter, but come spring, it’s game on.

Humans have managed to mechanize nearly everything. We’ve tinkered with chickens enough that we’ve come to expect super-chicken feats from them year-round. But they’re not machines. Just as the seasons change, all living things adapt with it. Chickens’ ancestors existed long before we domesticated them, so it’s still important to err on the side of trusting their instincts. Domestication of an animal doesn’t imply complete dependence on us—a lot, but not all. The solution to many suspected chicken problems, including seasonal mating interruptions, is understanding that the chickens you knew in July have regressed to the chickens you are experiencing in January. Once they survive winter, they’ll make a comeback.