One of the features of the agricultural system in Italy that I really like is the enormous amount of television coverage that farmers receive. 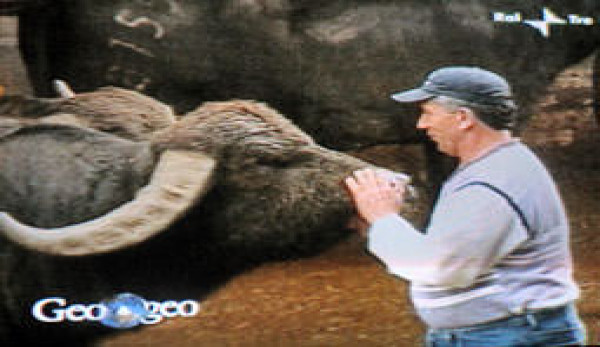 One of the features of the agricultural system in Italy that I really like is the enormous amount of television coverage that farmers receive.

Thatâ€™s fun for me, because there is always some ag program on somewhere, and I find these much more entertaining than the endless political discussions that occupy most Italian airtime.

All these agricultural television spots talk a lot about niche varieties, old fashioned methods that are being preserved, and why these particular foods tastes so good.Â

Without a doubt, small farmers benefit from all this free publicity, and Italian consumers are continually educated about how their food is produced.

This education generates consumer confidence and an appreciation of doing things the â€śrightâ€ť way.

My Favorite Shows …
My favorite shows are about the specialty vegetable farmers.Â  Normally, the show will be about a farmer and his family who are cultivating some ancient variety that was noted in the records five hundred years ago.Â

The cultivation of red and white-leaved chicory is particularly interesting.Â

Thereâ€™s a bunch of different methods but usually the young heads and root stumps are dug out of the mucky soil, washed, hibernated in circulating water baths and then buried again and forced before being harvested.

I appeared briefly on Italian TV myself not long ago. Last fall at the agricultural machinery show in Bologna, a reporter for a national station interviewed me while my friend and I were looking at some small scale olive presses, and I gave a ringing endorsement of the type of product, pointing out that during the peak olive harvesting season in the fall, it can be really difficult to get an appointment at an olive press.

Still today, three months after my appearance on television, every few weeks someone stops me on the street in Rapallo and says â€śHey, I saw you on Channel 5!â€ťÂ

A number of people have wanted to talk to me about the olive press equipment. Cool. Thatâ€™s how farming goes here in Italy.Â  Weâ€™re all stars; the buffaloes, the chicories, and that guy from Rapallo.