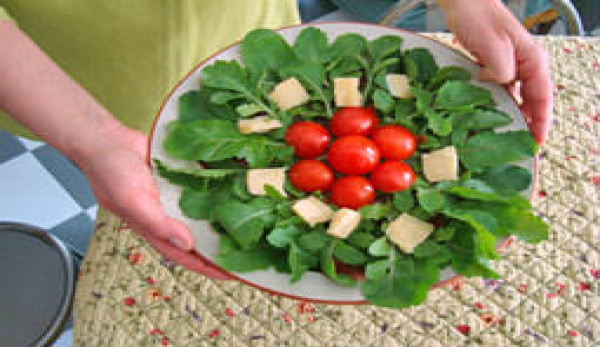 American recipes might typically describe how one can make a delicious casserole from ground beef and a can of soup.Â

Authentic Italian recipes will always describe how to make a dish in the same way that it was commonly made a few hundred tears ago, and still is today.

American culinary iconsÂ in many cases could be described as the staples such as Tater Tots and ground beef and cans of mushroom soup.

Italian culinary icons are the heritage home-made staples, such as how to make a nice dish of pasta with gnocchi made from the local potato variety, basil from Pra, and not some other place, and Parmesan cheese, which is never sold grated, but always in big chunks carved from the huge wheels one sees in the cheese stores.

Pesto Debates
In Liguria, there is actually a heated debate between advocates of two different pesto recipes.

Donâ€™t even mention Spanish pine nuts, which are less expensive, but still hard to find in the Italian markets, because nobody wants them.Â

The taste difference isnâ€™t noticeable to an average American, to whom Spanish and Italian pine nuts are indistinguishable.

The heat of the pesto recipe debate concerns whether one should use of Parmesan (Parmigiano) cheese, or Sardinian sheep cheese (Pecorino Sardo), again not even considering Tuscan sheep cheese, which is less expensive and indistinguishable.

Iâ€™m not really trying to be funny here, merely describing as accurately as I can an issue that some Italians in my neighborhood take extremely seriously.