It’s Tax Time: How To Navigate The Tricky World Of Farm Taxes

Whether you farm as a hobby, as a full-scale business or something in between, use this advice to navigate tax forms and save yourself some money. 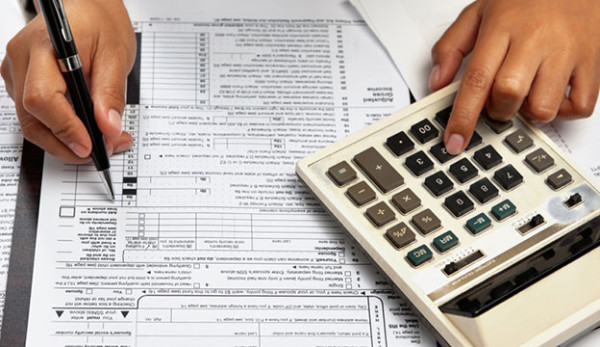 Farms, like other businesses, make money or income (sometimes), and then farmers pay taxes on the income. In 1996, the federal government estimated farm households paid $19 billion in federal income taxes and $10.2 billion in social security and self-employment taxes. While being your own boss has its advantage, it can prove a challenge during tax season. Use this advice to smooth out this year’s accounting adventure.

Taxpayers generally use the Internal Revenue ServiceŌĆÖs form 1040, 1040a or 1040EZ to report their income. Farmers report their farm income on a form known as Schedule 1040F (or simply Schedule F). As the IRS uses the term, a Schedule refers to a sheet of paper that gets attached to the main piece of paper to explain it. In this case, Schedule F, which may only be used for income that comes from farming, gets attached to the taxpayerŌĆÖs 1040 form┬Āto explain how the farm taxpayer earned his or her farm income.

Schedule C is the IRS form taxpayers use to report profit and losses from businesses that are related to farming but do not qualify for Schedule F, such as landlords who only have income from renting farmland. (If landlords “materially participateŌĆØ in the running of the farm they may file Schedule F; however, this requires a lengthy tax analysis to determine whether they qualify.) Other farm ventures┬Āthat would qualify for Schedule C┬Āinclude soil-preparation consultants, veterinarians, farm laborers, horticultural workers, farm managers, and people who breed, raise and care for dogs, cats or other pet animals.

The first part of Schedule F requires farm taxpayers to supply the details of their farm income. These questions involve how much livestock was bought for resale, as well as questions about crops that were raised and sold. Some miscellaneous sources of farm income also get reported, such as┬Āco-op distributions and payments from farm programs like Commodity Credit Corporation loans. Money paid for custom machine work and fuel tax refunds should also be included.

The second part of Schedule F asks about gross income (the big pot of money earned all year from all sources) and how that money was distributed for expenses on the farm. Total expenses are then deducted from income to show the net profit or loss of the activity.

Here are some of things the IRS says should be included in your gross income:

Of course, you always have expenses when running a business. Imagine youŌĆÖve collected in a pot all the money you made from farming, and now you have to deduct all the expenses you incurred running the farm. After these deductions, you have a net income, which may be positive or negative. (A deduction is an expense that the taxpayer can lawfully subtract from his or her gross income to arrive at his or her net income.)

Income tax is a progressive tax, which means the more taxpayers earn, the more they pay; those earning lower incomes pay less tax to the IRS. Deductible expenses for farm taxpayers┬Āinclude:

There are several miscellaneous expenses that can also be deducted from farm income, such as certain amortization deductions. Amortization allows you to spread the cost of certain things over several years for tax purposes. If you think you might qualify based on your farming activities, the┬ĀIRS has a pamphlet (publication 535) at┬Āthat can tell you more about what is available.

Generally speaking, the tax code provides a lot of benefits to farmers and other people who own their own businesses. Many expenses related to earning a living, such as mileage,┬Āare deductible for small-business owners but not for employees.

One of the biggest tax advantages for the self-employed is that they can deduct all their losses from a business that is engaged in trying to make a profit. But if the business does not make a profit or if the IRS determines that the owners are not really trying to make it profitable, they might conclude it is an “activity not engaged in for profit.ŌĆØ

This rule is commonly known as the “hobby loss rule.ŌĆØ Here are three examples of how the rule might apply:

Section 183 of the tax code governs “hobby losses.ŌĆØ This section of the tax code was passed so Congress could close down what it perceived as inappropriate farm and horse shelters. The law sets up a presumption that if an activity shows a profit in three out of five tax years, then the taxpayer is engaged in it to make a profit. In the case of horse operations, the business must show a profit in two out of seven tax years. Here are the factors the IRS uses to determine hobby farm losses:

As you structure your farm activities you can take some steps to audit-proof your return. First, ask yourself the following questions, which the IRS uses to evaluate farm and horse operations. By doing some planning you can take practical steps to save yourself some money.

As a precautionary note you should keep an eye out for any expense related to your farm that is large, unusual or questionable that you intend to deduct. For example, is there something you spent money on that you have not before? Or were vet bills unusually high for some reason?

If you do supply information about your operation to show how youŌĆÖre trying to make a profit, make sure itŌĆÖs accurate. Even if the IRS examiner appears not to know much about farming, he or she will have resources at his/her disposal. It is a very bad idea to make things up. For example, one farmer submitted a video to the IRS showing his beef cattle operation. Unfortunately, all the cattle in the video were HolsteinsŌĆödairy cattle. If the IRS wants to tour your operation, get all your ducks in a row.

One of the easiest things you can do to be sure you survive this kind of scrutiny is to gather as much extension evidence as possible about your operation. Some IRS personnel will have great expertise and experience in agriculture; others will only know what they have read. If you can show your operation is being run according to the best practices you can find, you should have a leg up on proving that you have the expertise to run a profitable operation. You should also be prepared to speak about general trends in the commodity youŌĆÖre raising.

One thing you should not do is report other income on the farm Schedule to make it look like youŌĆÖre making money. Do not give in to the temptation to report income from a non-farm activity under farm income to make it look like you are turning a profit. For example, say you have a farm with an┬Āorchard and an office you use for a holistic dental practice. These ventures are too different, so income from each should be reported separately. Penalties for willfully reporting false information to the IRS can be quite severe and could include fraud charges.

There’s another option taxpayers should be aware of: If it looks like the operation will make moneyŌĆöbut not right awayŌĆöthe taxpayer can make a choice to put off determining whether or not the business is a for-profit venture. This means that the issue wonŌĆÖt be determined until the end of the fourth tax year for farm operations and not until the end of the fifth year for horse operations. If you have losses, but think it likely youŌĆÖll make money fairly soon, this could be an important option. You can still take deductions before year four and five.

Here’s an example where losses would be denied:

Bill buys a farm in the country with a lovely house that he intends to retire to someday. Many of the surrounding farms are now subdivisions and his farm is only an hour away from the large city Bill lives in. Bill grew up in the city and knows nothing about farming, but he likes┬Āllamas┬Āso he buys his own herd. The livestock pens at the farm are old and Bill leaves them as they are. He never had a plan for making money and never prepared a business plan. Bill thinks all the money is coming out of the same pot anyway, so he only has one checkbook and writes all of his personal and business expenses out of that checkbook.At an IRS examination, it would be hard for Bill to show that he meant to make a profit. He did not have financial records nor did he have a business plan or separate accounts. And, he never sought out help to make the operation show a profit.

Here is an example where losses would be allowed:

Sarah inherits a 40-acre farm. She grew up on the farm and helped her mother raise vegetables for
market. She, too, moves back to the farm and begins transition into
organic production. She regularly consults with local extension agents and other organic farmers, has a five-year business plan, is pursuing organic certification and has many contacts with local produce markets. She keeps extensive field journals on vegetable varieties and crop rotations so she can immediately tell which vegetables made money for her and which did not.At an audit, it would be easy for Sarah to show her intention to make a profit. She kept separate books, sought expert advice and changed her operation in an effort to make money.

Note: This article does not constitute financial or accounting advice and does not form an attorney-client relationship.

One reply on “It’s Tax Time: How To Navigate The Tricky World Of Farm Taxes”

[…] local economy and their signification contribution to the community. Some farms may have specific tax management because of their important role. It would be wise and better if you can have a professional […]