I’ve Got Worms In My Bedroom!

Who needs to dole out $40 for a pound of red wigglers when the worms in the horse manure do just fine? 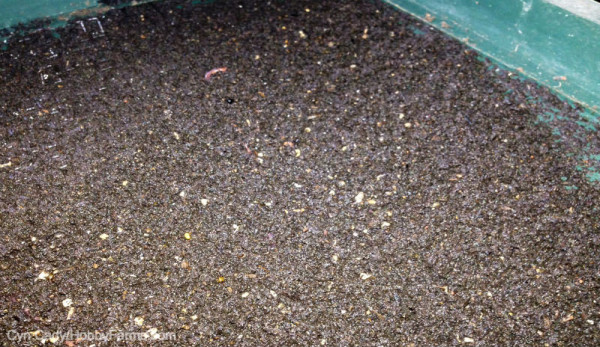 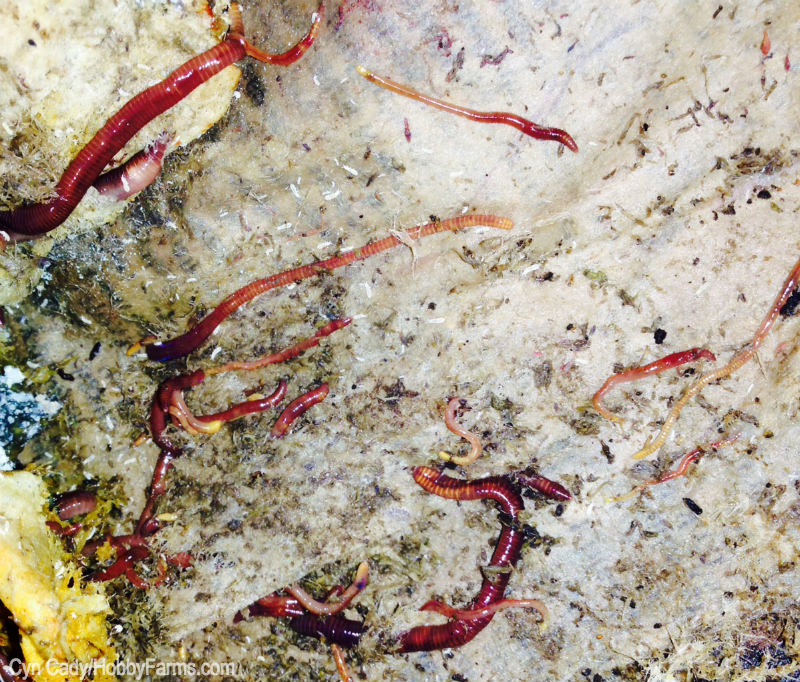 That’s right, people. I’ve got worms in my bedroom, and I’m not ashamed to admit it. They are in my bedroom because the kids made me move them out of the living room, citing reasons like, “It’s so gross,” and “You’re weird,” and “I’m never having friends over ever again!” But I had to bring them inside because it was getting way too cold on the covered porch for my precious babies.

The worms are, I believe, red wigglers, or at least close enough. When I started this worm bin several months ago, my friend Barb advised me that I would need to buy worms, because it was mission-critical to get the right kind. Barb is a retired science teacher and my go-to person for all questions about the natural world because she’s very, very smart and does a lot of research so I don’t have to. But I could not get my head around shelling out $40 (the going rate on the interwebs) for a pound of red wiggler worms. I mean, they were worms, for crying out loud. I don’t pay that much for grassfed, organic ribeye steak.

At the nearby ranch where I keep my horse, Josie, there are piles and piles of manure in various stages of composting. When building the Fortress Garden, I used a lot of this and had noticed a large number of small red worms that, if they were not the official red wigglers, sure looked a heckuva lot like them. 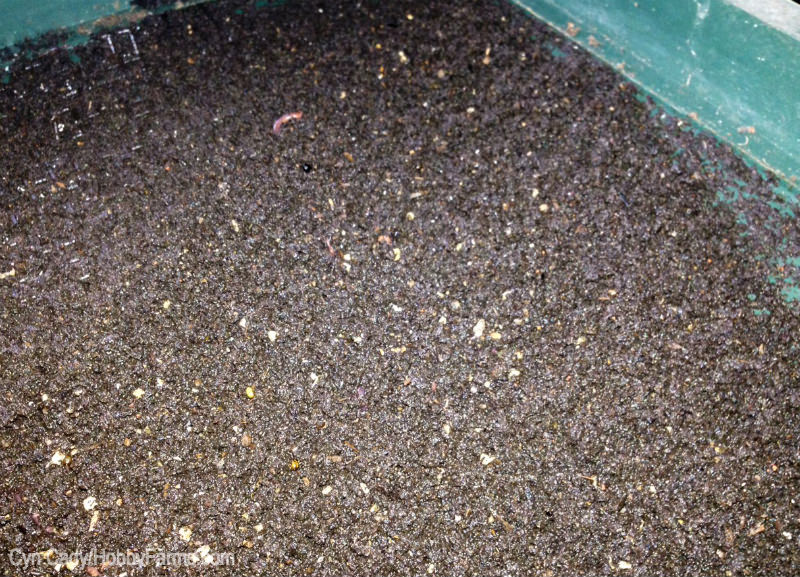 Off to the ranch I went, armed with a trowel and a large cottage-cheese container. I climbed to the top of a good-sized manure pile, dropped to my knees and started combing for worms. They were everywhere! I briefly considered going into the worm business. At 40 bucks a pop, I figured with the right extraction technique I could make heaps of cash. Then I considered the implications if the bottom were to fall out of the worm market, leaving me with thousands of homeless, unsold worms in my basement, and dropped the idea.

I spent a pleasant hour digging worms from the top of the nice toasty manure pile. Red wigglers live in the top few inches of composting material, and it was really easy to gather a bunch. I lugged my catch home and called Barb.

“They won’t work,” she said. “You have to get the exact right ones.” But they sure looked like red wigglers, so I ignored Barb’s advice and went about setting up the worm bin.

I was a bit nervous over the next several weeks, as I fed my adorable mongrel wormies shredded paper, leftover veggies, old bread and the like. But they seemed happy as clams, and some pretty bad-a** looking worm castings were dropping into the bottom tray. Compost teatime was just around the corner!

When I reached the point of adding a second tray, I was convinced. My low-budget manure-pile wormlets were doing their job admirably. If it was not so difficult and time-consuming to hug each and every one of my approximately 800 worms, I believe I would have. I called Barb, bursting with pride.

“Well, I’m glad,” she said. She sounded genuine, but I secretly hoped she was at least a little jealous. After all, she had shelled out the 40 bucks and all I did was get a little horse poop on the knees of my jeans, for the same result. I seek out Barb’s advice on a regular basis, because she’s right 99.9999999 percent of the time. But I have my .0000001 percent righteous worm bin right here at my bedside, and that’s good enough for me.

Ready to start composting yourself? Check out these articles: