Photo by Audrey Pavia Bandit, my roommate’s Corgi, proved his herding instinct this week. Having one Corgi in the house is a blast, so having two should be double the fun, right? Well, usually it is. But Jellybean Bandit, my roommate’s Pembroke, seems to always be in trouble. Bandit loves people. When you pet him, […] 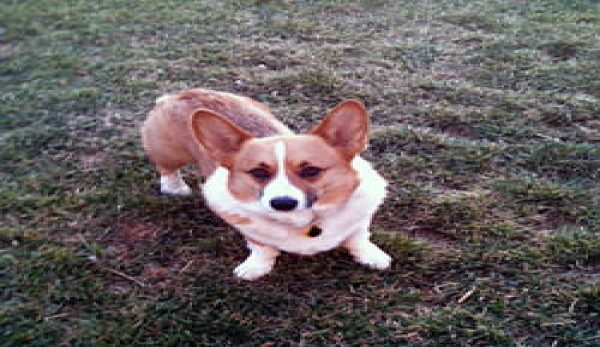 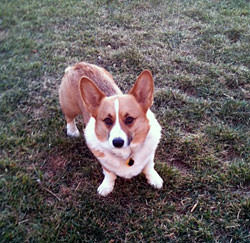 Bandit, my roommate’s Corgi, proved his herding instinct this week.

Having one Corgi in the house is a blast, so having two should be double the fun, right? Well, usually it is. But Jellybean Bandit, my roommate’s Pembroke, seems to always be in trouble.

Bandit loves people. When you pet him, he gets so excited that he emits high-pitched yelps of joy the entire time your hands are on him. But he has issues with other dogs. He’s gotten into a couple of fights with Nigel in the house, and is now only allowed to be with Nigel when they are outside. My other roommate’s Rat Terrier, Olivia, can’t be around Bandit at all. Bandit wants to eat her.

Bandit also gets into trouble regularly for harassing the chickens. He’s decided he doesn’t want them on the back lawn, and when he’s outside, he chases them whenever they go to the grass to scrounge for bugs.

Bandit has also figured out a way to get out of the backyard. My next-door neighbor has found him wandering around his yard three times now. We can’t figure out how he’s doing it.

So as sweet as Bandit is, he can be high-maintenance. His mom Michelle loves him, but all this stuff drives her crazy. His smarts, energy and boldness are often his detriment.

But the other day, I got a glimpse of what I believe is a powerful and amazing herding instinct in this little dog — and the reason behind his intense personality.

It happened last week. I had led Milagro into his stall, and just as I slid the halter off his head, Milagro whirled around and bolted out the door. He began cantering around the back area, gleeful at his escape.

“Milagro!” I shouted angrily. “Get back in your stall!”

It was clear my renegade Spanish Mustang had no intention of listening to me, so I began to swing the lead rope, hoping to drive him back into his stall. This sometimes works, but not today. This time, he ran around defiantly, refusing to go into the open gate.

And then Bandit showed up. Like a well-trained, experienced herding dog, Bandit became my wingman. He began driving Milagro, staying close enough to push the horse, but far enough away to avoid a kick. When Milagro tried to run past his open stall gate, Bandit swung wide and cut him off, pushing Milagro inside. I ran up and closed the gate.

I was so proud of Bandit. I gushed over him, and the smile on his little face was unmistakable. Not only did he get to show the world his hidden talents, he also gave me a brief sensation of what it’s like to work in tandem with a herding dog. It was pretty amazing.

Now when Bandit gets into trouble, I am much more understanding. I know it’s only because he needs a job. Had he been born 100 years ago in Wales, he’d be doing exactly what he was bred to do.