The Jersey Giant is a dual-purpose, heritage chicken breed, especially noted as an outstanding roasting chicken. 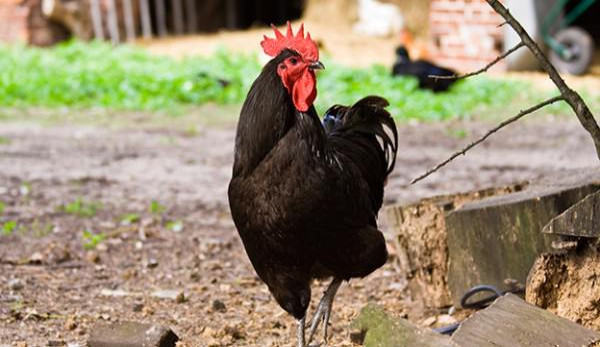 Use: The Jersey Giant is a dual-purpose, heritage chicken breed, especially noted as an outstanding roasting chicken.

History: John and Thomas Black of Jobstown, N.J., developed this large chicken breed between 1870 and 1890, with the intention of creating a roasting chicken capable of replacing the turkey as Americaâ€™s favorite roasting bird. To do so, they crossed Black Javas, Black Langshans and Dark Brahmas, selecting for size and meaty carcasses. Around 1895, the Jersey Giant chicken breed was called simply Giant and later was renamed Black Giant in honor of its creators, not its color. Dexter P. Upham, a noted Black Giant breeder from Belmar, N.J., began referring to his flock as Jersey Giants. The name caught on, and in 1921, members of the newly formed American Association of Jersey Black Giant Breeders Club voted to make it official. The Jersey Giant was accepted into the American Poultry Associationâ€™s Standard of Perfection in 1922.

Young Jersey Giant chickens grow relatively quickly, but it takes awhile to fill in their massive frames. Most require eight to nine months to reach eating size. Jersey Giant pullets start laying at about 6 months of age, and hens lay an average of 135 to 160 extra-large, light-cream to dark-brown eggs per year. Hens are occasionally broody and theyâ€™re protective mothers; however, due to their great weight, they often break the eggs they try to incubate. Itâ€™s usually better to incubate their eggs in an incubator. Jersey Giants are great foragers and free-range chickens that also bear confinement well. They are vigorous, hardy, easygoing and gentle.

Although once a popular meat chicken breed, the Jersey Giant was usurped by faster-maturing chicken breeds and is now listed in the Watch category of the American Livestock Breeds Conservancyâ€™s Conservation Priority List. The breed is also recognized by Slow Food USAâ€™s Ark of Taste.