John Deere Is Ready To Tech Out Your Tractor

2023 will be the year John Deere takes even bigger steps to bring robotics and artificial intelligence to every farmer with the company's products. 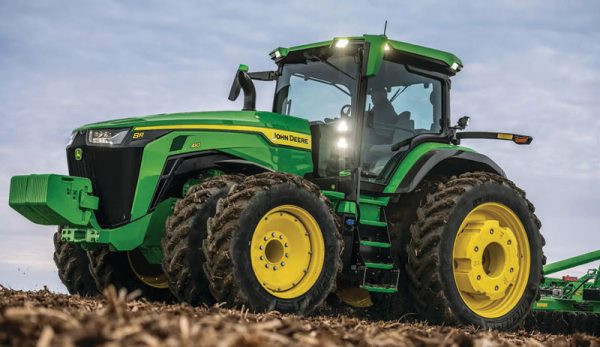 Imagine what it was like for farmers to own a tractor in the 1920s. After using a horse and plow for so long, they probably felt a bit awe-struck when they saw how a motor-powered vehicle could take on big jobs and make their lives a little easier. When I was a kid I remember how excited my own grandpa was when he showed me his John Deere Combine all decked out with a TV and VCR.

He said it kept him entertained during the long, repetitive days of harvesting.

Decades separated these innovations. But that excitement and awe must be how farmers feel now as they read about John Deereâ€™s self-driving tractor. Years ago, it would have been difficult to picture a tractor that heads off for a full work day by itself.

But John Deere has made it a reality. And it’s clear now that the autonomous tractor was just the beginning. 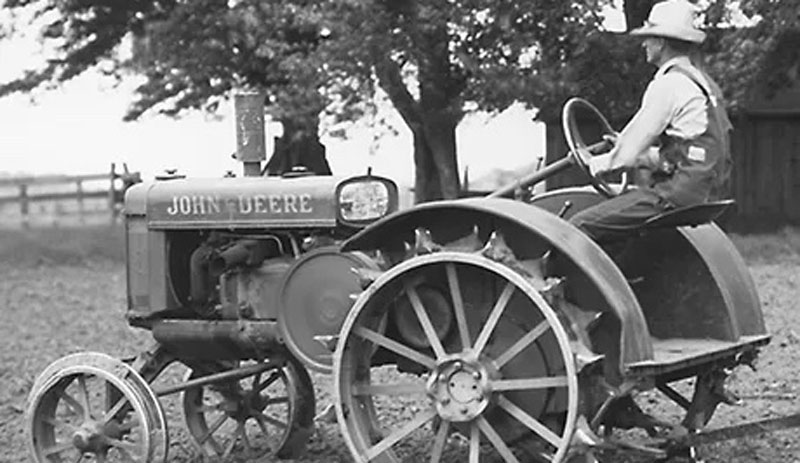 John Deere is kicking off 2023 with a bang as they move to put the latest farming technology in the hands of the hobby farmer. The company has already been named a CES 2023 Innovation Awards Best of Innovation Honoree in the Robotics category and an honoree in the Vehicle Tech & Advanced Mobility category.

Hereâ€™s a glance at what the company has on the radar this coming year.

A tractor That Sees & Learns as We Do

John Deereâ€™s first move into the world of artificial intelligence began back in 2017 when they purchased a tech start-up called Blue River. They applied the startupâ€™s technology to the concept of a self-driving tractor that would use AI and machine learning to drive itself.

The John Deere autonomous tractor has cameras on board to give the tractor sight and a neural network that can process what the tractor sees. The networks on the tractors are fed images not just from their own farm, but from thousands of other farms.

The result is a tractor that drives itself without you being in the cab at all. It can steer around stumps or rocks and knows what is a plant, what is a weed, and what needs to be sprayed when applying fertilizer or herbicides.

The latest update for this machine is maybe even more awe-inspiring. They are currently working on 3D vision for the autonomous tractor. The tractor will use cameras to see the terrain in the same way the human eye can.

Putting New Tech in the Hands of Hobby Farmers

John Deereâ€™s acquisition of several other tech startups over the past few years means their new technology is going to be in the hands of hobby farmers a lot sooner than you might think. Theyâ€™ve developed sprayers for orchardists that can control from a laptop, for example. And they are able to determine what types of trees you have and whether they need to be sprayed with pesticide.

They are also upping their retrofit game by putting the new technology in the hands of even more farmers.

Last year the company announced that some features of their self-driving technology could be retrofitted onto certain models of John Deere tractors. This coming year they will offer their technology as a retrofit kit for much smaller tractors.

Everyone, even farmers with smaller properties, may have the opportunity to add some of the latest tech to tractors they already own.

Where Will John Deere Go Next?

It looks like 2023 is shaping up to be quite a year for the John Deere company. For a broader look at what will be new in farm tech this coming year, be sure to watch the coverage of CES 2023 beginning on January 5th, 2023.