Don’t be fooled by this ugly, oddly named squash. It will be your new favorite item on the winter dinner menu. 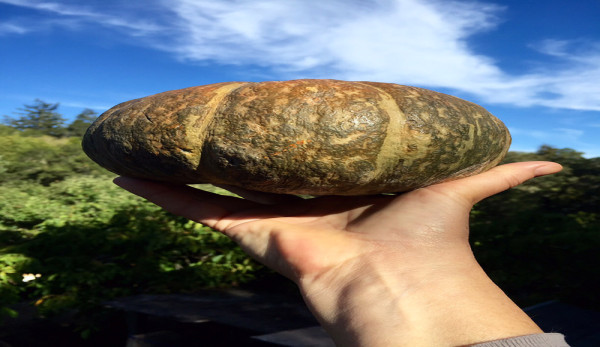 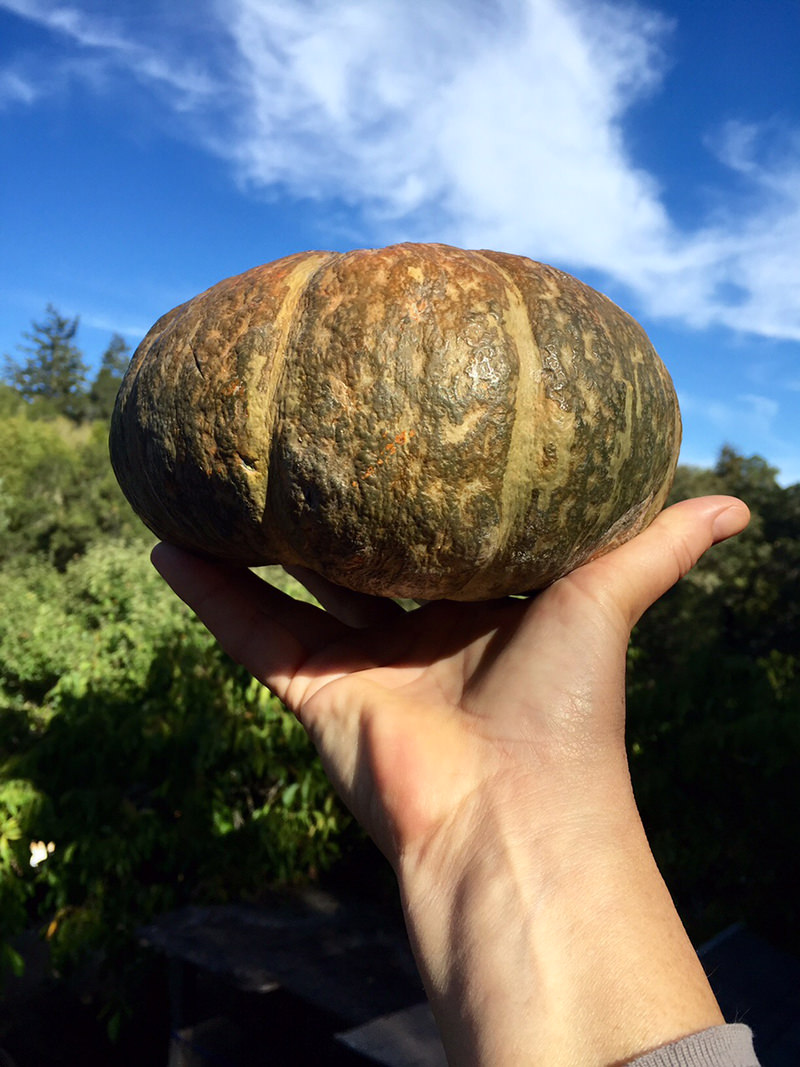 If your response is “Gesundheit,” you clearly need to be enlightened. Although it sounds like a sneeze (especially when pronounced loudly and with great emphasis,) a kabocha is not a harbinger of a nasty head cold or that pesky cat allergy rearing its ugly head, but rather a lumpy, inconspicuous orb of deliciousness. I am talking, my people, about: The Kabocha Squash.

Even as squashes go, the kabocha is not very attractive. It’s squat, it’s lumpy, and the skin is a grayish green that one might associate with a dead alligator. Do not let this deter you. Inside the kabocha is a glowing light, a mass of tender orange flesh, a heaping pile of yumbo.

I first met the kabocha when my friend Barb, who is The Discoverer of New Vegetables in my little crew of witches, bought one at the farmers market last year. I looked on with distaste as Barb cuddled the squash while paying the Farmer Dude. But later, at a potluck, Barb transformed the reptilian veggie into a pot of golden deliciousness, with balsamic and sage.

I know, I know: Right now, you are crinkling your nose and preparing to say, “Ew! I hate all squashes that ever lived, and I am still in therapy because my mother made me eat zucchini.” But you need to let your mind open and embrace the un-squash that is kabocha.

After the life-changing potluck, my first act was to rush out and purchase a kabocha of my own. I followed Barb’s recipe with great success. I bought another, and roasted it in coconut oil and curry. Winner! I bought another and roasted and mashed it with crispy kale and garlic.

Clearly, I had to grow many, many kabocha plants. One of the benefits of this squash, in addition to its deliciousness, is its shelf life. A store-bought kabocha can keep you company in your kitchen for months and still be just as yummy. I did get some looks from the family people when I drew a face on one with a felt pen and spent several weeks calling it “Oscar” before hacking it up and roasting it with almonds, cayenne and olive oil.

I filled an entire bed with kabocha seeds, saved from the store-bought squashes, and I’m reaping the benefits. My homegrown darlings are smaller, but that just makes them cute, and they’re equally delicious. I found a red type that resembles a small, ugly pumpkin with intense orange skin, even though I had long ago gotten over the reptilian appearance of the gray variety. I can store these little darlings for months, which apparently even improves the flavor.

I’m looking forward to enjoying kabochas all through the winter. I’ve got to stop naming them, though. It makes it a little difficult to whack them in half with a cleaver, and I still kinda miss Oscar.