Courtesy Stock.XCHNG Residents in Kansas City, Mo., who want to sell produce from their home gardens may do so thanks to a new city-farming ordinance. Last summer, if a gardener in Kansas City, Mo., wanted to put up a sign and sell a few excess tomatoes in her front yard, she’d be breaking the law. […] 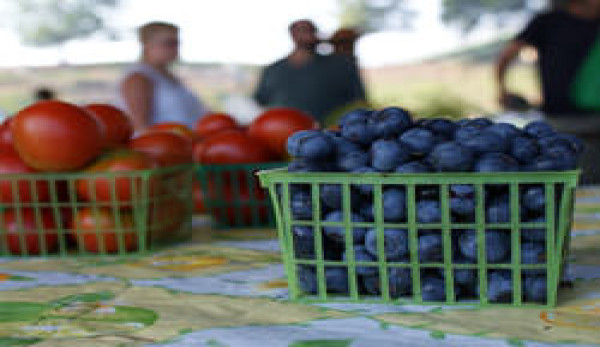 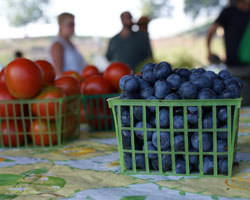 Residents in Kansas City, Mo., who want to sell produce from their home gardens may do so thanks to a new city-farming ordinance.

Last summer, if a gardener in Kansas City, Mo., wanted to put up a sign and sell a few excess tomatoes in her front yard, she’d be breaking the law. But thanks to an ordinance passed earlier this month, it’s now perfectly legal.

For Kansas City’s urban farmers, who often struggle to be taken seriously in an area with a rich history of rural agriculture business, this is a huge victory. But as some of their neighbors see it, it’s a potential nuisance.

“The city council finally had a context to really talk about food, access to food, food production and empty lots,” said Katherine Kelly, executive director of the Kansas City Center for Urban Agriculture, which played a huge part in getting the urban-farming ordinance passed.

During the fall of 2009, in the midst of a citywide zoning overhaul, Kelly, along with Councilman John Sharp, began working to change Kansas City’s antiquated agriculture codes. They spent the following months drafting the ordinance. Then, on June 10, 2010, after four weeks of deliberations and public hearings, the council’s Planning and Zoning Committee recommended the ordinance to the full council, which passed it 10-3. The ordinance allows home gardeners and community gardeners to sell produce on site (including front yards and empty lots) and is slightly more restrictive withÂ community supported agriculture operations.

For Sharp, it was a matter of getting fresh, healthy food in the hands of Kansas City’s residents.

Because of that, the ordinance allows urban farmers to set up a temporary table and sign at any time May 15 through Oct. 15. The same freedoms are allotted to community gardeners, but anyone operating a CSA will have to apply for a special-use permit to sell on site.
Â
While on-site selling wasn’t the only major change to Kansas City’s urban agriculture law, it was certainly the most contentious.

“I have nothing against gardening. I’m growing green beans in my backyard that I’m going to eat for dinner tonight,” said councilman Bill Skaggs, who was one of three council members to oppose the urban-farming ordinance. “But if I put up a veggie stand, my neighbors are gonna raise hell.”

At each Planning and Zoning Committee hearing, many home owners and real estate agents argued that allowing neighbors to sell produce on site would not only bring extra noise and traffic to their neighborhoods, but that it would cause surrounding properties to decline in value. They repeatedly claimed that there were plenty of opportunities for local farmers to sell produce at farmers’ markets. And in their neighborhoods, that may be the case. But as many advocates pointed out, Kansas City is full of “food deserts” â€” blighted neighborhoods where grocery options are limited to fast-food chains and whatever is available at the nearest liquor store.

“The people that were promoting this are not going to go garden in the inner city,” Skaggs argued. He also pointed out that by passing the new urban-farming ordinance, the city was regulating something that didn’t need to be regulated. Now that sales are legalized, he said, home gardeners are more restricted than before. Garden and farm-related buildings must comply with certain height restrictions, and row crops (grain, fruit and vegetable crops that areÂ planted in rows and reach 24 inches or more in height) are not allowed in front yards if there’s a house on the lot.

Still, Sharp believes this will be a good thing for Kansas City, as well as other cities.

“I’d much rather have a well-maintained community garden in a vacant lot, than a vacant lot with weeds and grass up to my waist, littered with trash and debris,” he said. “I hope this ordinance can serve as an example for other cities that want to encourage turning vacant lots from neighborhood blights to neighborhood amenities.”

According to the KCCUA, it’s only one step in the right directionâ€”but a big one.

“It’s not like codes are going to be the thing that tips the balance,” Kelly warned. “In order to make Kansas City a food-healthy place we need to be pushing on a number of fronts. The codes are one piece of it.”

For now, Kelly said, the KCCUA is working on a document she’s calling “A Dummy’s Guide to Kansas City’s Urban Agriculture Codes” and assisting urban farmers who want to apply for special-use permits to sell on-site.

As she said minutes after the council passed the ordinance, “We’re growing, and growth takes time.”