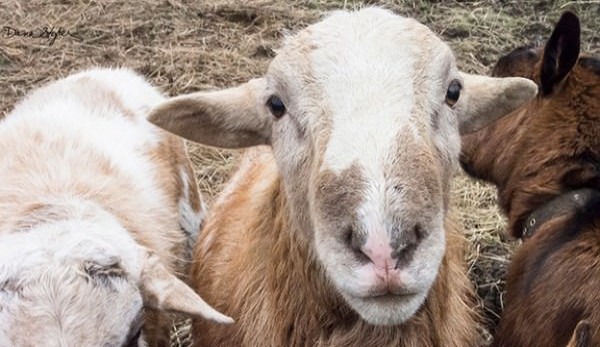 History: Although this breedâ€™s name sounds quite exotic, the Katahdin hair sheep actually originated on a farm in north central Maine run by Michael and Barbara Piel.Â  An amateur geneticist and avid livestock raiser, Michael Piel had initially looked into utilizing sheep to graze power lines and for other forms of land management. However, his focus later shifted to the development of a meat sheep that wouldnâ€™t require shearing.Â In 1957, Piel imported some wool-less sheep known as â€śAfrican Hair Sheepâ€ť from St. Croix in the Virgin Islands.Â  Over the years he crossed these animals with a variety of other breeds, including Tunis, Hampshire, Suffolk, and Cheviot.Â  Finally, in the early 1970s, Piel picked about 120 of his finest ewes and named them after the highest mountain in Maine, Mount Katahdin.Â  The breederâ€™s association and registry for these sheep, Katahdin Hair Sheep International (KSHI), formed in 1985.Â  Today, the American Livestock Breeds Association lists the Katahdin as recovering, meaning it has an estimated global population exceeding 10,000 but still needs monitoring.

Conformation: Katahdin sheep possess a coarse outer hair coat that can vary in length and texture, and a fine, woolly undercoat.Â Their coat thickens during periods of cold weather and naturally sheds as temperatures warm and days lengthen. These sheep can sport any color or color combination.Â The breed has an alert look with wide-set eyes and horizontal ear carriage, and their tail length can be variable (preferably undocked).Â  Defects include weak shoulders/back, weak pasterns or splayed hoofs, and cryptorchidism/monorchidism in rams.Â Katahdins are a medium-sized breed, with mature ewes weighing approximately 125 to 180 pounds, while the rams weigh around 180 to 250 pounds.Â They have a docile nature and the ewes exhibit good mothering skills and milking ability, producing lively lambs.

Special Considerations/Notes: According to the KSHI, studies in Arkansas have indicated this breed has a significantly higher degree of parasite resistance than the other wooled breeds studied. Thanks to the absence of thick fleece, Katahdin also showed increased heat tolerance, making them ideal candidates for the warm, humid, parasite-prone South. Unlike the wool breeds, hair sheep require no yearly shearing â€“ a boon to busy shepherds who donâ€™t plan to market or use the wool from their flocks.