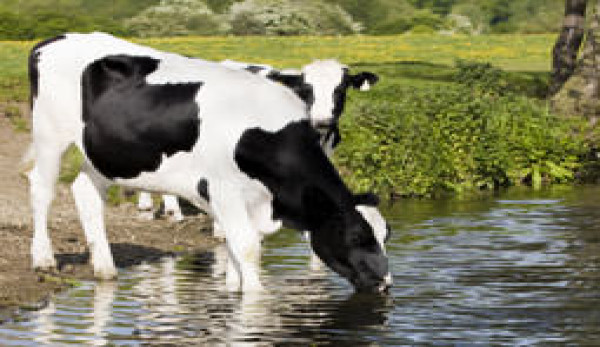 With heat indexes across the country soaring above 100 degrees F this month, livestock need to be closely monitored to prevent health and production problems.

The most critical point of the day toÂ monitor heat stress is when cows are in the holding pen, where they endure the most stress, Funk says. Dairy farmers should be especially cognizant to provide shade, fans for airflow and water sprinklers for the cows during this part of the day.

â€śBy putting sprinklers on cows and drying off the water with increased air flow, we can keep cows fairly productive,â€ť Funk says. â€śAs you move cows inside the barn, try to approach the ambient temperatures outside. Inside the barn, the dew point will be higher because you are evaporating moisture from the surfaces and cows are perspiring. You need enoughÂ air flow in the barn to approach whatâ€™s happening outside. Thatâ€™s the best you can do.â€ť

Funk advises producers to use large drops of water to sprinkle cowsâ€”not misters or fog. For cows on pasture, provide shade structures when possible.

â€śCows in the sun will absorb quite a bit more heat than a cow in shade,â€ť he says. â€śOnce cows overheat, it takes hours for them to cool off because they have more bulk. You need to keep the cooling going long after the sun goes down to get them back to normal temperatures.â€ť

Dairy farmers can look at the dew point, the measure of moisture in the air, to determine if the day will be dangerously hot or manageable. Manageable conditions can be expected if dew points remain below 70, Funk says. When dew points are at this level, thereâ€™s enough cooling potential to keep cows comfortable and productive.

â€śThe higher the dew point, the less cooling potential you have with water evaporation,â€ť he says. â€śWhen we get dew points in the low to mid-70s, thatâ€™s very dangerous. But at 68 or 69, we can handle it if we are prepared.â€ť

â€śProducers should be aware that if the dew point increases during periods of high temperatures, they will have to work even harder to keep the cows cool,â€ť Funk says.