Keep These Things In Mind When Buying Spring Chicks

There are different ways to order spring chicks, not to mention a plethora of breeds. Here's some advice for starting out from experienced chicken-keepers. 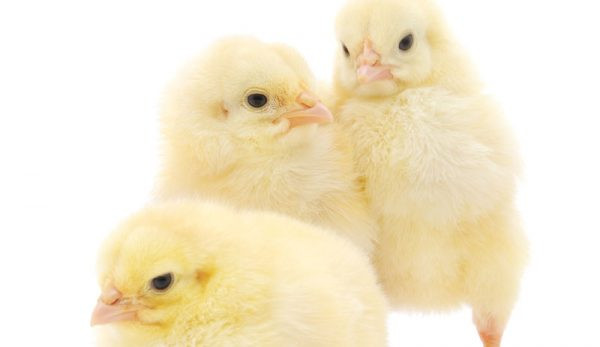 Purchasing spring chicks from a hatchery has important advantages, such as fewer people handling the birds, lessening the chance for cross contamination in established flocks. Customers also have more options of birds to choose from to best suit their needs.

Whether you are a veteran producer or are brand-new to raising chickens, follow these five tips and you‚Äôll be well on your way to making the experience as positive as possible.

Before you even start shopping for breeds, you need to review your chicken-keeping goals. For starters, decide if you‚Äôre looking for meat or egg production, or both. You‚Äôll also want to decide if your ambitions include simply contributing to your family‚Äôs food supply or if you want to sell what your produce and on what scale.¬Ý

Before he shopped, Greg Nance, a producer and pastor, decided on what type of breed-specific bird he wanted. Nance has raised chickens off and on since childhood. For the past five years, he has lived on his Sweet Grace Farm, a small plot located on Signal Mountain in Tennessee, where he keeps a flock of about 100 birds that he raises for meat and eggs.

While the birds provide for his family, he also sells to community and church members. Nance put in a considerable amount of research before he clicked ‚Äúsubmit‚Äù on that first purchase of spring chicks.

‚ÄúI went through as many hatcheries as I could find to see what pricing was, he says. ‚ÄúMy first objective was to find a good source of birds at a good price.‚Äù Over the years, Nance has experimented with a variety of different hatcheries, breeds and other venues, such as online classifieds, for his birds.¬Ý

Kolenda sells the eggs and meat produced on his small farm. Like Nance, he‚Äôs raised chickens for most of his life.

Over the years, Nance has raised a variety of different breeds of chickens from spring chicks. ‚ÄúFor eggs, we‚Äôve used Rhode Island Reds and Black and Red Sex-Links,‚Äù he says. RIRs and Sex-Links also make good dual-purpose birds for those seeking to produce meat and eggs from the same bird.¬Ý

For meat, specifically, Nance has considered ‚Äúranger‚Äù chickens. ‚ÄúThey take a little bit longer to grow, but they are kind of the rage right now because they can get around and sort of free-range better,‚Äù he says. However, he prefers the industry-standard Cornish-Cross because they grow so fast‚Äîfrom hatching to processing to freezing is about a nine-week time period.

Another meat breed Nance is working with is the heritage Jersey Giant. ‚ÄúThey are gentle, and they grow to be almost 15 pounds,‚Äù he says. ‚ÄúThey were bred as a replacement for turkeys and take about seven months to get full size. So, it‚Äôs a lot more time.‚Äù¬Ý

One downside that Nance has noticed with the Jersey Giant is its susceptibility to predators. His original order consisted of 36 straight-run spring chicks, but he‚Äôs now down to just six hens and 20 roosters. While he‚Äôs employed a variety of tactics to help mitigate the loss, he‚Äôs been disappointed with the number he‚Äôs faced.¬Ý

Kolenda started with Ameraucanas and Welsummers, but he is also a fan of the Cornish Cross. Another favorite of his is the Bielefelder breed. Murray McMurray Hatchery, in Webster City, Iowa, states that this fairly new breed is making a huge splash in the poultry world.

‚ÄúThese gentle giants are extremely docile, beautiful and easy to raise ‚Ä¶ these robust birds have large, round bodies that put Orpingtons to shame.‚Äù

‚ÄúWe‚Äôve found the Cornish Cross do well out on grass and in the sun, and in eight weeks, we have a full-size bird,‚Äù he says. ‚ÄúThe main reason I went with Bielefelders is because they are supposed to be a larger dual-purpose chicken … males get up to 10 to 12 pounds. They also have an amazing egg.‚Äù¬Ý

Due to the COVID-19 pandemic, Kolenda was concerned about the availability of spring chicks and made the decision to go with this dual-purpose bird in the event no meat birds were obtainable.

Ryan Kelsey has operated his Valley Farms Hatchery in Muscle Shoals, Alabama, for the past eight years and offers a similar perspective. One breed Kelsey sells is the Cornish Cross.¬Ý

‚ÄúThey grow out at around 51‚ÅÑ2 or so in just about six or eight weeks,‚Äù he says. ‚ÄúAnd so, a lot of people get those specifically for meat production. We sell quite a few of those and we have people that place regular orders every week or every other week.‚Äù

‚ÄúA lot of people that don‚Äôt want the Cornish Cross because they often have leg or heart problems choose the red broilers,‚Äù he says. ‚ÄúThey grow a little bit slower but still fast enough to grow out to about 51‚ÅÑ2 pounds at 12 weeks. If their feed is restricted, they actually lay eggs pretty well. We have a lot of people who order a straight-run batch. They keep the males for their meat and the females for their eggs.‚Äù¬Ý

Jeff Smith is the director of sales and marketing at Cackle Hatchery in Lebanon, Missouri. His grandfather, Clifford Smith, started the business in 1936, and Jeff has been involved for two decades. He recommends Barred Rocks and Rhode Island Reds as they are dual-purpose and relatively calm. ‚ÄúThey are durable and are going to be one of the easier breeds to raise,‚Äù he says.

Read more: Build a flock that will put every color of egg in the chicken coop.

Producers also have options when it comes to the best age of chicken to purchase. Nance and Kolenda have always gone with day-old chicks. For most situations, this is the age that Kelsey and Smith recommend as well.¬Ý

Today, most hatcheries ship year-round. But the best times to buy and have chicks shipped is still in spring to early summer and fall. ‚ÄúIt‚Äôs the perfect temperature,‚Äù Kelsey says of the cooler months. ‚ÄúIt can get a little too hot in summer [and too cold in the winter]. Sometimes, we have a little more shipping loss during the summer and winter.‚Äù

He recommends ordering as soon as you are sure that you‚Äôre ready to move forward. Most chicks purchased in the spring will be laying by fall.

Ordering day-old chicks has its advantages. ‚ÄúWhen you‚Äôre raising them, you can tame them to your particulars,‚Äù Smith says. Older birds have prelearning they may need to overcome. It‚Äôs a little easier if you start out with a baby chicks.

The big issue with buying older birds is bringing disease into your flock.

‚ÄúIf you can just bring in baby chicks, you‚Äôre going to have about a 90 percent effective method of trying to keep your farm from getting a chicken disease on it,‚Äù he says. Older birds, while more expensive, do have the advantage of requiring a slightly smaller investment of feed, time and money before they reach production age.

There is a third option available: hatching eggs. ‚ÄúWe offer fertilized hatching eggs,‚Äù Smith says. ‚ÄúThey‚Äôre the same eggs we put in our incubators.‚Äù While hatching eggs offer many obvious rewards, it does come with the added expense of purchasing an incubator. In addition, hatching eggs aren‚Äôt, other than arriving unbroken, guaranteed.¬Ý

Hatcheries put a lot of money and time getting them packed correctly. But they‚Äôre at the total mercy of how the eggs are handled during shipping. Dropped eggs or eggs exposed to extreme heat and cold are unlikely to hatch.

‚ÄúBut, if they have the proper incubator, they should have about as good of luck as we do when we put the same eggs in our machines,‚Äù Smith says.¬Ý

Many hatcheries offer price breaks for purchasing in bulk. Minimum orders can be as small as just three chicks. But you can often get price breaks on orders of 25, 50, 100 and more. For smaller producers, orders of 25 chicks are common.

In order to get the best price, shop sales such as bargain and weekly specials‚Äîand seek discounts.

Some hatcheries also offer other specials that allow producers to purchase a combination of spring chicks that are individually suited for meat and egg production. Valley Farm, for example, offers four different sizes of this particular special to meet the needs of different size families.

Even with price breaks for larger orders, it doesn‚Äôt make sense to purchase more birds than you can reasonably accommodate. Even factoring in bird loss, 25 can be a large number of birds if you aren‚Äôt equipped to handle them.

But, in the right situation, price breaks and specials can make purchasing chickens in bulk very affordable and allow you to get just what you need.¬Ý

Evaluate your goals prior to placing your order. Decide ahead of time if you wish to produce meat or eggs for just you and your family or if you plan to sell what your produce. Selling your produce can be something on as small a scale as covering your feed costs by selling to community members. On a larger scale, you might do something like sell at a local farmers market.¬Ý

This article originally appeared in the March/April 2021 issue of Hobby Farms magazine.