Keeping A Conservation Flock: Getting Started

Backyard chickens are super popular today, but many breeds still face endangered status. Here's what to keep in mind when starting a conservation flock to ensure a breed's future. 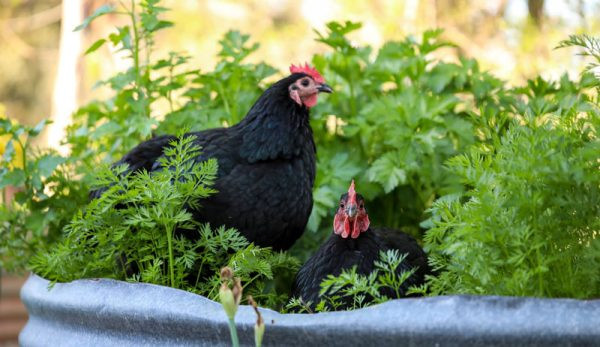 The numbers continue to trend upwards, with more and more people rearing backyard birds as pets and for eggs.

Despite the increase in chicken ownership, several breeds of chickens are not faring well. Sixteen breeds have been rated by the Livestock Conservancy as Critically Endangered. In other words:

When compiling its annual Conservation Priority List, the Livestock Conservancy evaluates whether the founding stock for a pure breed still exists, whether the breed is being raised in different locations throughout the United States, and whether the global population for that breed is threatened.

In addition to those breeds rated as critically endangered, the Livestock Conservancy also features these classifications on its Priority List:

In total, the current Priority List features 51 breeds of chicken. In addition to the 16 that rate as Critical, 19 breeds are considered Threatened. Eight are rated as Watch, six are listed as Recovering, and two rate the Study classification.

Some inclusions may be surprising. Such backyard-flock favorites as Australorps, Plymouth Rocks, Jersey Giants, Polish and Cochins are on the list. When my husband and I started our heritage poultry farm years ago, we chose to raise only breeds included on the Priority List to aid with their conservation. In the time that has passed, only Cochins (Recovering) and Polish (Watch) remain listed from our original 10 breeds.

The rest have not only recovered. They now thrive thanks to conservation efforts from small-flock and hobby farmers.

While many municipalities prohibit rooster ownership, other towns and cities allow home owners (and renters) to breed backyard poultry flocks. Should you wish to aid these endangered breeds by keeping a flock of your own, check with your local ordinance director to make sure your townâ€™s regulations allow for chicken breeding. Then contact the national breeders association for the chicken breed of your choice to learn how to get chicks or adult birds to start your own conservation breeding flock.

Bear in mind that raising a heritage flock involves a little more work than your basic backyard flock. Egg production, for instance, is a wonderful bonus from your birds, not their main purpose.

Using artificial lighting to extend layersâ€™ production is frowned upon, as the shorter daylight months are crucial to a henâ€™s natural recovery from the taxing laying season. Conservation flock owners are also encouraged to allow their birds to live their natural lifespan. In other words, hens are not sold off once they reach two or three years of age. Instead, they remain with their flocks, guiding younger birds and helping rule the roost. Our Dolly Ameraucana is a perfect example of this: She will turn 10 this coming June and still happily scratches and chases insects with the rest of her flock.

Over the next few weeks, we will introduce both the Critical and Threatened breeds on the Priority List. You just might find yourself motivated to help restore oneâ€”or moreâ€”of these endangered chicken breeds to a healthy, thriving population.