There’s a lot to know about chickens, whether you’ve raised them for years or you’re a newbie. Here are a few things to keep in mind about keeping chickens. 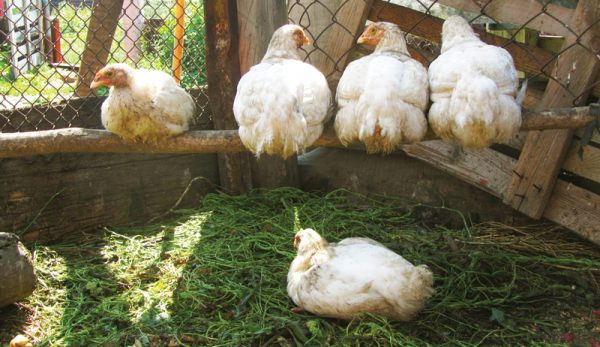 No matter what you want from chickens, there’s a breed just right for you.

These encompass prolific layers, meaty fryers and roasters, dual-purpose birds, and gorgeous ornamentals that flourish in the far North, the Deep South, free-range or in confinement. Whatever you want in a chicken, there’s bound to be a breed out there for you.

Let’s take a look at some interesting facts about keeping chickens.

You don’t need a fancy coop to keep chickens. Wonderful, functional coops can be built using recycled materials such as pallets and reused lumber or galvanized barn siding.

The important thing is to make certain they provide what chickens need: 3 to 5 square feet of floor space per bird depending on size and whether the chickens get outdoors to exercise; 8 to 12 inches of roosting bar per chicken; and a nesting box for every three hens.

Coops designed with human comfort in mind should be tall enough for an adult to stand up inside them, a boon at egg-gathering and coop-cleaning time. Allow 8 to 10 feet of space per bird for a fenced, outdoor run.

Learn more about choosing the right coop model for your flock.

Some breeds do better than others as urban or suburban chickens. Shy, noisy breeds that dislike handling, resist confinement and are strong fliers are best avoided. Quiet, sensible, productive layers include

Araucanas, Dorkings, Faverolles and Silkies appeal to folks who like calm chickens but something a tad unusual.

Japanese researchers Tsuyoshi Shimmura and Takashi Yoshimura discovered that roosters have an internal circadian rhythm clock of 23.8 hours. This causes them to start crowing at roughly the same time every morning, sometimes up to an hour or more before sunrise. If more than one rooster is present, the lead rooster crows first and then his subordinates chime in.

Roosters also crow to alert flock members to danger and to announce their supremacy, especially if there are additional roosters in the flock or if they can hear roosters crowing off in the distance.

Although a rooster crowing outside your bedroom sounds very loud indeed, a typical crow registers 90 decibels, about the same as a barking dog.

On the Poop Deck

Chickens poop—a lot. According to the University of Hawaii, one chicken produces about one-third of a pound of manure per day or roughly 8 to 11 pounds per month, and 130 pounds in a year, depending on the size and type of chicken and what it eats.

Fresh chicken manure is 76 percent water and weighs slightly less than two times the weight of the feed consumed.

Fresh chicken manure is high in nitrogen so it’s “hot.” It must be aged or composted before it’s used in the garden. Putting it on fresh will kill or stunt plants.

Everything likes to eat chickens.

If chickens free-range, make certain there is plenty of cover to hide them from flying predators. This is where a good rooster to sound the alarm comes in handy.

Many predators easily tear classic chicken wire, so fences should be made of stronger stuff. Make sure chickens go to their coop at night or that they’re a flying breed that can roost in trees.

A livestock guardian dog can pay its way where heavy predation is an ongoing problem.

Your county extension agent or someone at your state university’s poultry department can advise you or check the National Egg Regulatory Office’s guide at Egg Laws by State.

Chickens are smart. Researcher Lisa Marino says that a single chicken can recognize up to 100 individual chickens and can even recognize different humans.

Marino writes about this in her paper “Thinking Chickens: A Literature Review of Cognition, Emotion and Behavior in the Domestic Chicken” (January 2017, Animal Cognition).

In some studies, she says, chickens refused food when they knew they’d get more later if they did, and they even learned to do basic math as objects were moved to and fro. Chickens were also able to remember the trajectory of a hidden ball for up to 180 seconds, the same as most primates under similar conditions.

If we show someone an object, then take it away, that person knows that the object still exists, somewhere. He or she may try to find out where it is hidden. Chickens do this, too. Human infants aren’t able to do this until they’re 18 to 24 months old.

Marino also found that chickens perceive time intervals and can anticipate future events. They watch and learn from each other, and their communication is complex, consisting of a large repertoire of visual displays and at least 24 distinct vocalizations.

If you’re thinking of clicker training your dog, horse or goat, practice with a chicken. When operant conditioning pioneers Bob and Marian Bailey offered training camps, their students worked with chickens.

Why chickens? Chickens are intelligent and move very quickly, so with chickens, the timing of click and reward is especially important.

The Baileys’ students taught chickens to run obstacle courses, differentiate between colors and shapes, and even peck out tunes on children’s toy pianos and xylophones. Many clicker trainers still use chickens in their workshops and training programs.

It’s easy to tame chickens if you start with chicks. Wash and dry your hands and then gently cradle tiny chicks in your cupped palms.

Science tells us that chicks imprint on objects with heads and eyes, so hold them so they can see your face, taking care that they don’t hop out of your hands and get hurt. Do this often.

Move slowly when picking them up. Don’t scare them.

Feed them special treats like mealworms and cut-up raisins from your hands. Sit on the floor and let a few chicks run around and climb on you.

The term “pecking order” was coined by Norwegian zoologist and chicken enthusiast Thorleif Schjelderup-Ebbe in 1921. Every bird in a flock has a place in the pecking order.

At the top of the hierarchy is the head rooster—or head hen if no rooster is present. That bird gets first dibs at feed, roosting space or anything else it wants and it can peck or bully any other chicken in the flock.

The second chicken in the hierarchy can do the same to any other flock member except the highest ranking bird, and so on down the ladder to a downtrodden chicken on the bottom who can peck and bully no one and is last to eat and drink.

There is nothing gentle about the pecking order, but it helps ensure the survival of the flock by giving the highest chances to the fittest birds.

Learn more about the pecking order within a chicken flock.

A typical hen lays well for about two or three years. After that, her production drops by roughly 20 percent per year until she stops laying altogether, though she might still live for a very long time.

Most chickens don’t lay eggs year round. As autumn days grow shorter, a hen’s annual molt begins and her egg production plummets. A few breeds are noted for wintertime egg production, including:

Placing a light in the coop for 14 hours a day can help keep hens producing. But for the most part, their bodies need an annual rest and wisely take a break from laying over winter.

Show your chickens. If you’re young enough to participate in 4-H or FFA, join and exhibit your birds at the county fair.

If you’re too old for club shows, go to the fair anyway. You’ll find classes for specific breeds, layers, meat birds and maybe even a rooster crowing contest.

If an incubator is beyond your means or you simply prefer nature’s way, buy a few hens of a productive, broody breed and let them raise your chicks.

Reasonably good layers that tend to go broody include:

Most bantams will set and hatch chicks. Silkies are a sure bet!

It’s easy to grow much of your own chicken feed for at least part of the year. To start, choose a breed that loves to forage and get them out and about every day.

Heritage breeds tend to be good foragers because self-reliance was an important trait in days gone buy. Foraging breeds that The Livestock Conservancy recommends include:

All of these are good (120 or more eggs per year) or better layers.

You can also supplement your birds’ diet with goodies from your garden, with the exception of raw potatoes or potato peelings; raw or dried beans; tomato and eggplant vines or leaves; rhubarb; and onions.

You can even grow and store mangels to feed through winter. Chickens love mangels!

In evolutionary terms, the domestic chicken is one of the most successful species on Earth. There are an estimated 20 billion chickens alive right now—almost three times as many as there are humans.

Apparently, “tasting good to people so they’ll protect you” is a pretty effective evolutionary strategy—aside from that whole “they eat you” thing. Statistically, every human on the planet eats the equivalent of 27 individual chickens every year.

More than just a food source, though, the humble chicken has taught us some important lessons. Through the careful observation of a chicken flock, one of the most important principles of social biology was uncovered—one that applies equally well to humans: the pecking order.