Ladybugs, more accurately ladybird beetles, are a group of many species of beetles, most of which prey on garden pests. 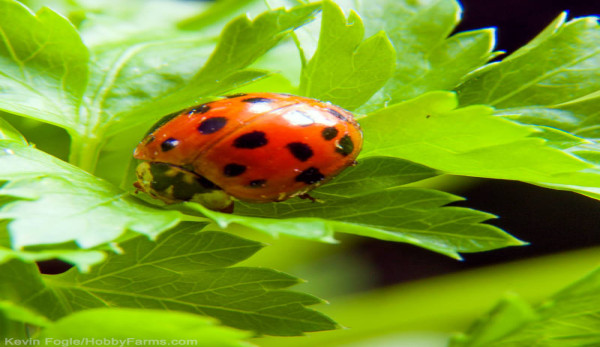 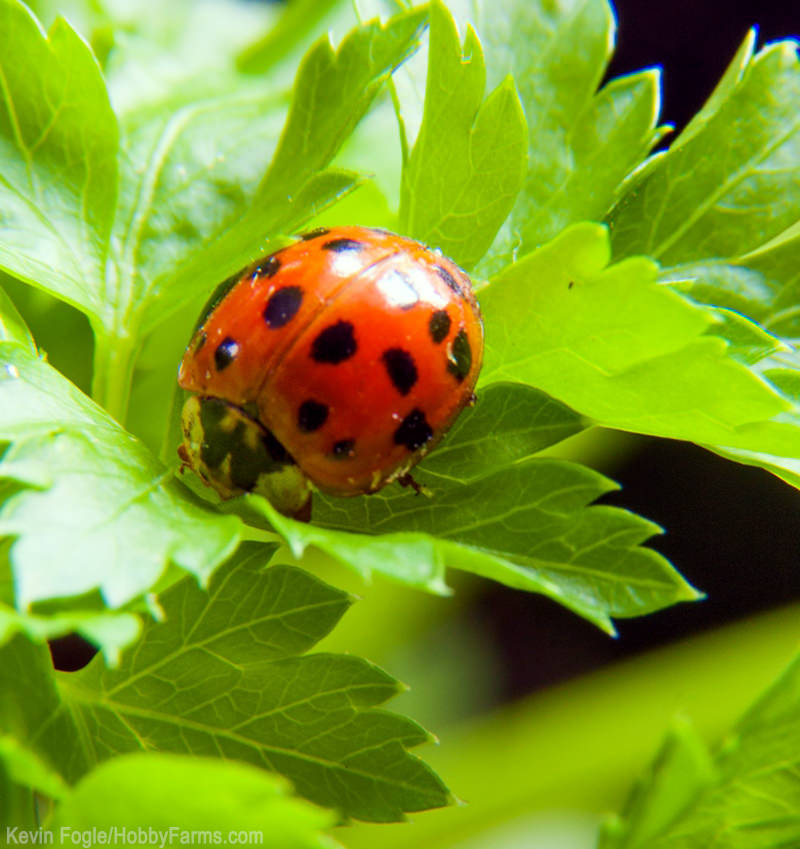 Ladybird beetles, better known as ladybugs in the United States, are well-known beneficial predators that voraciously feed on some of the most annoying sap-sucking garden pests. The ladybug is not a single species of insect. They actually comprise a large group of related beetles all classified within the family Coccinellidae. In North America alone, there are several hundred species of ladybird beetles spread throughout the continent.

Ladybird beetles are oval with a hemispheric shape, most species are less than 1/4 inch in diameter and some are much smaller. Most North American species typically display a reddish-orange coloration with dark spots or a black coloration with reddish spots (with plenty of exceptions).

The vast majority of North American Coccinellidae species are predators, with two plant eating nuisance exceptions: the Mexican bean beetle and the squash beetle. The beneficial species, however, either target a single insect pest or a range of small insect pests from aphids and spider mites to scale insects and mealybugs. Both adult beetles and their immature larvae are active predators, eating the same garden pests.

The larval stages of ladybug beetles look nothing like the adult beetles and are commonly described as alligator-like, with an elongated body featuring a dark coloration and no wings. Gardeners should familiarize themselves with the appearance of ladybird beetle larva so they are not confused with unwanted pests and accidentally removed. Studies have suggested that a single ladybird beetle can consume several thousand aphids in its lifetime, making these beetles an invaluable friend in your vegetable garden!

The predation powers of the ladybird beetle have encouraged some entrepreneurial folks to sell either adult ladybirds or their larvae as the solution to your garden-pest woes. As I mentioned in my recent post on mantids, I am generally opposed to the practice of purchasing beneficials like praying mantises or ladybird beetles as commercial pest-control options. If you release adult beetles, the first thing they will do is scatter and fly into the larger landscape. And depending on where and how your beetles were raised, they might not be acclimated to your local environment, resulting in high mortality rates. Finally, any insects you purchase may be improperly identified, meaning you may be releasing non-natives or species of ladybird beetles that do not feed on your specific pest.

The best use of your money and time is maintaining a diverse garden that relies on sustainable garden methods with very limited or no pesticide use. (Pesticides tend to harm beneficials and pests alike.) Growing an array of plants will help increase your chances of attracting natural predators to any insect populations that may get out of balance in the garden.