Spiders, though not true insects, are some of the most beneficial creepy crawlies in the garden, protecting your garden from bothersome pests. 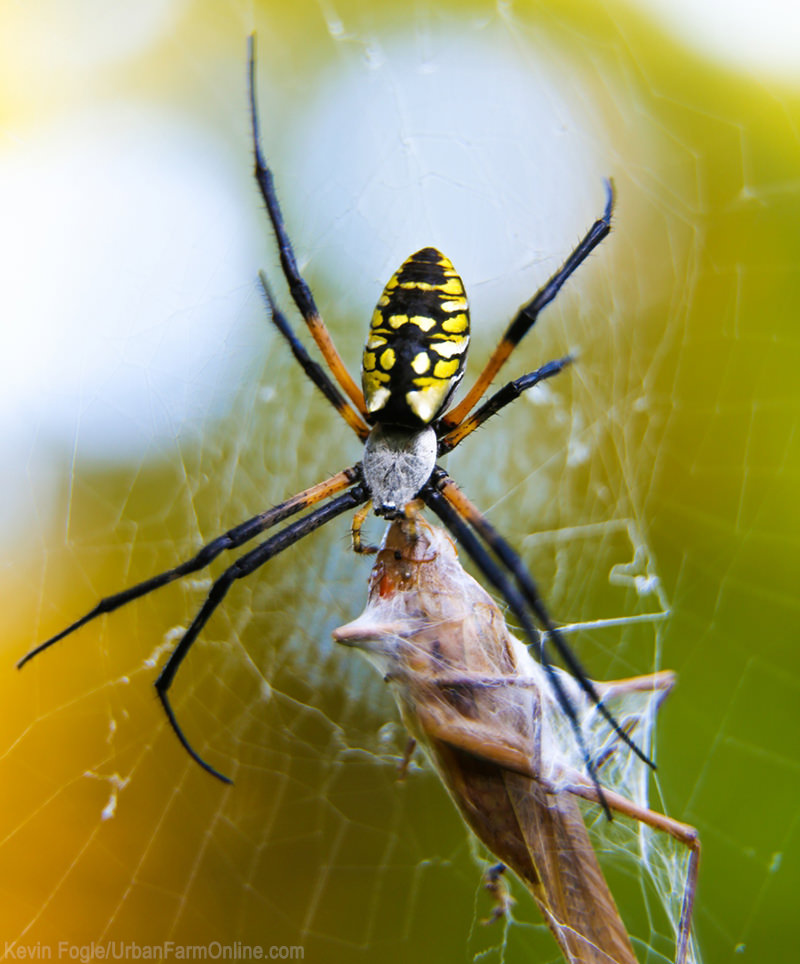 Not all bugs are bad! Many insects and spiders have a reputation for doing good deeds around the garden, such as preying on unwanted species or pollinating plants. These creatures are known collectively as beneficial insects. This is the first post in a semi-regular series I‚Äôm calling “Know Your Beneficials,‚ÄĚ which takes an in-depth look at some common beneficial insects and spiders found your garden. Each post will talk about role these species play, how to identify them and their distribution range in the United States.

Salute to the Spider

Of all the creepy crawlies around us, spiders especially tend get a bad rap as some of the creepiest bugs out there. In reality, spiders are not insects. They‚Äôre arachnids, a class that includes well-known creatures like ticks and scorpions. Arachnids differ from insects in several ways, but the most telling feature is the number of legs: They have eight legs while true insects have only six.

The fear of spiders tends to be greatly exaggerated. Of the more than 4,000 spider species found in the contiguous United States, only three species of venomous spiders pose a significant risk to humans: the well-known black widow, the rather non-descript brown recluse, and the hobo spider, primarily found in the Pacific Northwest. The remaining 3,997 spider species (or more) are relatively harmless to humans and some can even play a helpful role around your garden or yard.

This week, I am going to highlight one of the most visible spiders found in my South Carolina garden: the black-and-yellow argiope spider (Argiope aurantia). By visible, I mean easily spotted because of its large size and distinctive markings. You may know the black-and-yellow argiope spider by one of its many common names: black and yellow garden spider, golden orb-weaver, writing spider or zipper spider. It‚Äôs large, egg-shaped abdomen (up to 1 inch in length) is black and decorated with a yellow or orange pattern that varies among individuals. When leg span is factored into its size, the adult female can reach upwards of about 2¬Ĺ inches. Adult males reach only one-third the size of their adult female counterparts.

As one of the largest orb-weaving spiders found throughout the continental United States, the black-and-yellow argiope earns the name writing spider or zipper spider from the zigzag pattern of bright-white silk it often creates near the center of its web. Webs are found in sunny spots sheltered from the wind, such as gardens or meadows. This predatory spider uses its web to catch flying insects, include some noisome garden and yard pests like grasshoppers, flies, wasps and mosquitoes. If you happen to find a black-and-yellow argiope, let it be. Watch this amazing creature go to work and enjoy the benefit of a garden with a few less mosquitoes!