Know Your Beneficials: The “Preying” Mantis

Got a pest problem? Mantids on the hunt can help keep pest populations in check. 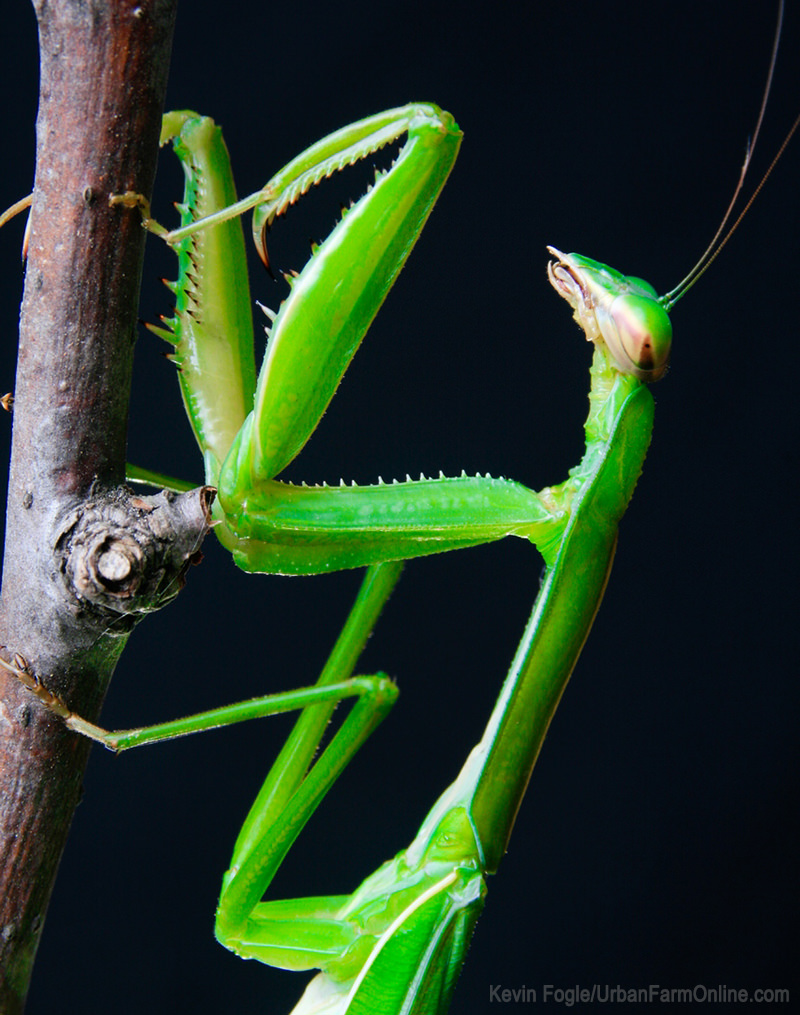 One trendy insect that makes everyone’s top-10 lists for garden beneficials is the praying mantis. These familiar insects are known for their unique appearance with distinctive (and deadly) fore-limbs folded in a “religious” pose, waiting to prey on unsuspecting insects. The name “praying mantis” is a generalized term for a closely related group of insects that are classified in the order Mantodea and are known collectively as mantids. About 20 mantid species are found in the contiguous United States. Of these, three species are most commonly seen: the European mantid (Mantis religiosa), the Chinese mantis (Tenodera aridifolia sinensis) and the Carolina mantid (Stagmomantis carolina).

The Carolina mantid is the only native mantid of the big three; the Chinese and European mantids, as their common names suggest, were introduced from other parts of the globe in an effort to help farmers deal with insect pests in the late 19th century. Telling the difference between mantis species can be quite technical and involves a study of wing coloration, body size, markings and head shape, among other factors. For help identifying mantids in your area, contact your local extension agent or the entomology department at a regional university.

Terminator of the Garden

The “preying” mantis is a killing machine, well-camouflaged in either brown or green shades that can blend into vegetation, where it waits for unfortunate insects that happen to cross its path. Mantids are indiscriminate predators that prey on a range of insects and spiders, including both pest and beneficial species. Growing up, I vividly remember visiting the butterfly bushes (Buddleia) near our farmhouse and finding a pile of discarded Monarch and Swallowtail wings beneath. A close inspection of the bush revealed a well-concealed praying mantis capitalizing on the butterflies’ attraction to this tempting plant.

Well-intentioned gardeners are often interested in promoting beneficials in the garden by purchasing mantid eggs online or at garden centers, but I don’t recommend buying mantid eggs. First, introduced mantids won’t do much for your small garden. The vast majority of the new mantis hatchlings (nymphs) will be food for other predators or end up cannibalizing their siblings. Mantids thrive at a certain population density, and the surviving insects will space themselves out rather quickly, moving into areas away from your garden. Finally, many of the purchased mantid eggs come from non-native mantid species (often regardless of the label) that may be out-competing the native North American species, like the Carolina mantid, gradually putting these native species at risk.