Knowing Where Your Food Comes From Is Getting Harder

Americans' right to know where their food comes from is being foiled again with the repeal of Country of Origin Labeling. 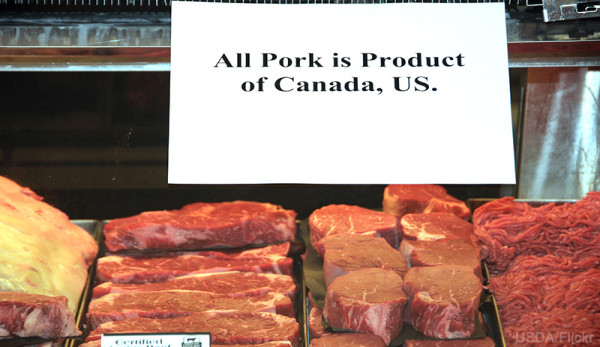 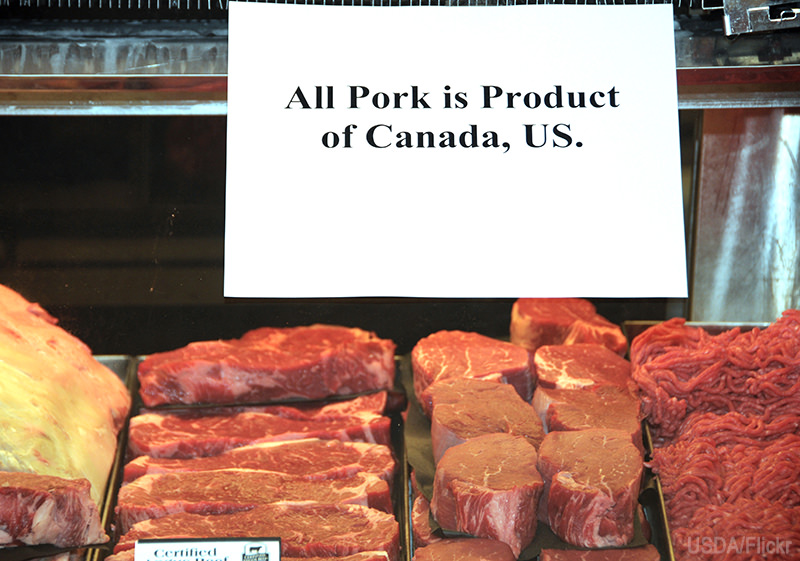 Just as Americans are becoming more interested in where their food comes from, it’s getting more difficult for us to find out. In 2009, the Country of Origin Labeling requirements were instated, mandating that certain food products sold by retailers in the U.S. be labeled with the country it came from. So for the past six years, when you’ve purchased beef, veal, pork, lamb, goat, chicken, fish, shellfish, fruits, vegetables, certain nuts and ginseng, you can see where it was produced.

Canada and Mexico were not excited about this law, believing it was against fair-trade agreements. They took their complaints to the World Trade Organization, and the WTO agreed, ruling four times now that the U.S. is in the wrong. U.S. legislators have been putting off making a decision about how to handle COOL, but the time has come.

Last week, the House passed the Country of Origin Labeling Requirements Amendments Act, H.R. 2393, removing beef, chicken and pork from the requirements. Now it’s up to the Senate to vote. If they give the nod, the president has to sign it, and COOL meat labeling will be buried forever.

Does it seem silly that there’s so much to-do over what’s on a food label? (Oh, wait, food-label to-dos are a thing, aren’t they?)

There are several points to know, both for and against COOL:

This is one of those issues where I’m really torn because I see both sides. Out of principle, I think COOL requirements should stay as they are. Who are Canada and Mexico to bully us into changing the way we are informed about food sources? And I could not be a bigger proponent of informing people about where their food comes from. Yet I get it that we’re all neighbors and need to play nice because trade is important for American businesses and food sovereignty isn’t exactly a strength at the moment. (Would keeping COOL help to drive us there, though? Hmmm.)

More than 280 consumer and producer groups sent a letter¬†to the House Agriculture Committee voicing their request to maintain COOL’s integrity, but that didn’t get them far. If you have an opinion either way, now’s the time to say something about it to your senators. Think about how you can clearly communicate your stance on COOL, and pick up the phone.