Trusted by farmers for more than 50 years, Lamborghini tractors have made their mark on Italian agriculture. 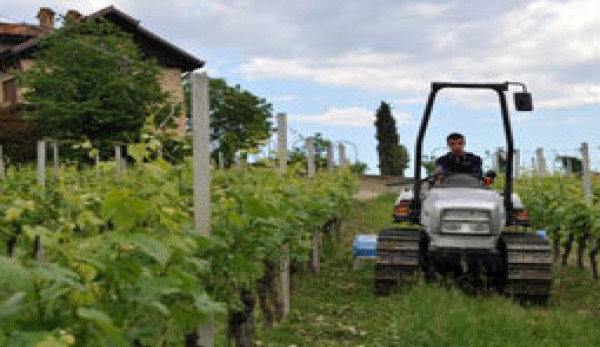 It may be surprising, but the vast majority of Lamborghini owners around the world donâ€™t think twice about getting their vehicles muddy or using them to drag around heavy machinery. The reason for this is that most Lamborghini owners have the company’s tractors rather than its exotic sports cars.

When speaking with Italian farmers who own Lamborghini tractors, I find they are often either amused or contemptuous of the legendary status of the sports cars.

â€śA Lamborghini tractor is much better made than a Lamborghini car,â€ť one grizzled old farmer told me.

At the end of World War II, there was a great demand for agricultural machinery in Europe, and it seems like almost everybody was thinking about making tractors. Porsche made a lot of tractors, and even the Ferrari factory later dabbled in this field. The most notable new tractor business after the war was started by Ferruccio Lamborghini in a barn by using parts from salvaged military vehicles. Success came quickly to the new tractor manufacturer, who came from a farming family, and the resultant wealth led to him starting his own sports-car factory. But he held his tractor business most dear, and even today, in the Ferruccio Lamborghini museum, the tractors he built take center stage.

Modern Lamborghini tractors are produced by the Same Deutz-Fahr group, the largest privately owned agricultural-machinery manufacturer in the world. The group includes tractor companies originating in Italy, Switzerland and Germany. It was started by the Cassani family in the late 1920s, and in the 1970s, the last official act of the Cassani patriarch was to purchase the Lamborghini tractor division.

Amusingly, the Same Deutz-Fahr executives decided in 2003 to add sex appeal to the Lamborghini tractors, which had previously been boxy, black-and-white machines. The new silver Lamborghini tractors with blue trim were designed by the luxury automobile designers Pininfarina and Giugiaro and made to slightly resemble the famous Lamborghini Miura car.

I toured the Lamborghini tractor factory in Treviglio, Italy, (a half an hour east of Milan) in March 2011, which was exciting for me because Iâ€™ve seen these tractors all over Italy, where I currently reside, and my pal in Melbourne always tells me how the farmers in Australia are nuts for them. Sadly for my stateside friends, Lamborghini tractors are not sold in the United States. Instead, an American farmer may find a tractor manufactured by the same company under the Deutz-Fahr brand name.

The inside of the factory is extremely well organized and, much to my surprise, the floor was cleaner than the floor in my own office. Deutz-Fahr tractors are built alongside the Lamborghini tractors, and besides the color difference (Lamborghini in silver and Deutz-Fahr in green), both looked very similar to me. Lamborghini offers an impressive range of styles, from 35-horsepower models to 270-horsepower models. Because of the hilly terrain around Liguria, Italy, where I live, I see mostly the smaller tractors on the farms, but the flatlands around Milan boast the monster Lamborghinis working huge fields.

Among the many Italian farmers to whom I have spoken about Lamborghini tractors, the brand is respected for its useful technical innovation and low cost of operation. The older generation of farmers likes Lamborghini tractors for the capacity for two or three simultaneously working power take-offs and for being one of the first tractors with four-wheel drive. Lamborghinis are also known for the amount of gears, as many as 80 or 90 on a single tractor when all of the forward, reverse and hi-lo gears are counted.

I canâ€™t really say that it is unfortunate that farmers in the U.S. cannot easily buy Lamborghini tractors for their own use because the Deutz-Fahr models and a great number of other brands are available, but I must say that I came away with a new sense of respect for the company that produces the tractors here in Italy.