Once grown widely for both its seeds and leaves, lamb's quarters has fallen out of favor in recent years. But foragers know the plant's true value. 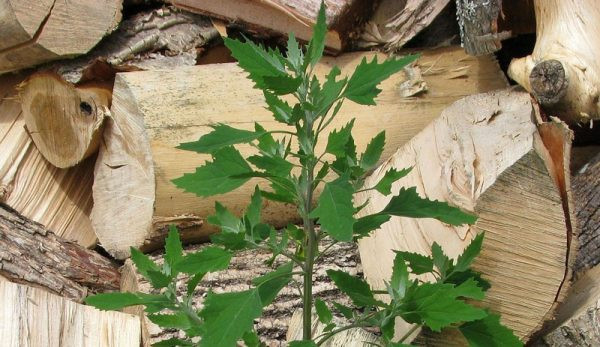 If you are a gardener you probably spend a lot of time both spring and summer pulling lamb’s quarters (aka aka goosefoot, fat hen and pigweed) from just about any tilled or disturbed part of your flower and vegetable gardens.

If you are a row crop farmer, lamb’s quarters—a fast growing annual with a long tap root—will take over a corn or soybean field. This significantly decreases crop yield and, in the process, your bottom line.

However, if you are a forager of wild edibles you probably already count the plant as one of your favorite edible greens.You know they are highly nutritious and a good substitute for spinach.

A controversial plant? Yes, it certainly is.

All About Lamb’s Quarters

Lamb’s quarters has been a valuable vegetable crop for many cultures around the world since time began. The seeds (grain) and tender leaves are eaten by both humans and livestock.

For years we thought the plant was brought to this country by Europeans. But recent archaeological research shows it was cultivated by Native Americans in the Carolina’s Piedmont region 8000 years ago.

Lamb’s quarters is a member of the Amaranth (Amaranthaceous) family of plants and the Goosefoot (chenopodioideae) sub family.  The common official name is chenopodium album.

Read more: There are good reasons to love (and leave) dandelions.

Thomas J. Elpel, in his plant identification guide Botany in a Day, ranks lamb’s quarters at the top of the list of calcium rich foods. The plant also ranks high in vitamins K, A and C and is considered a good source of both fiber and protein.

The seeds are second only to amaranth seed for nutritional value. In parts of India, lamb’s quarters is still grown in large quantities for its seed for both human and animal consumption. In the wild, its seeds are a highly nutritious food for birds and both large and small mammals.

Other members of the Chenopodium family include quinoa, a trendy and popular grain that is a complete protein.

And a Few Cons

So how did lamb’s quarters fall from grace in the modern world?  Besides being a fast-growing, fast-spreading annual weed producing about 75,000 seeds per plant per year, the plant can be poisonous. Our heavily fertilized crop land and our equally rich garden soils turn this nutrient rich plant into a poisonous problem.

Colorado State University College of Veterinary Medicine, in fact, lists it as a poisonous plant. If soils are rich in organic matter or fertilized, the long tap root sends toxic levels of nitrates to the leaves.

Swine and sheep are particularly sensitive to nitrate poisoning. Most foragers’ guides warn not to consume the leaves if the plant grows near livestock barns and pens. The nitrate levels can be dangerous.

Lamb’s quarters leaves also contain oxalates and sulfate that can interfere with your body’s ability to absorb calcium and other nutrients. Oxalic acid can also irritate your stomach lining and be life threatening if eaten raw in quantity.

And too, the plant’s pollen is a source of hay fever.

Read more: Got chickens? Your flock will love these three common weeds!

Most forager guides preach caution when it comes to collecting and eating wild foods. With lamb’s quarters the risks can be mitigated by paying close attention to the where the plants are growing. Only pick leaves growing in nutrient poor soils.

Oxalic acid concerns can be overcome by cooking the greens before you eat them. Many foragers’ guides have recipes for cooked lamb’s quarters. You will lose some of the vitamins’ potency, but the nutritional value will remain high.

As they moved from being hunter gathers to deliberate farmers, our forbearers gave up foraged plants for the more nutrient hungry maize, beans and squash. With a little added fertilizer, our ancestors could not only grow a wider variety of foods that could be easily stored through the winter, but larger quantities as well.

Lamb’s quarters became mostly forgotten, easily found in the wild and picked seasonally as a green vegetable. Today it has been replaced by spinach, Swiss chard, kale and other leafy greens.

Victoria Van Harlingen has spent most of her life as a part-time hobby farmer raising cattle, chickens, bees, and occasionally sheep and goats. She currently lives with her eight cats on a 120-acre farm in southwestern Ohio.