Land Wanted: Is Leasing The Right Option For You?

For young beginning farmers, leasing farmland offers the immediacy and flexibility you desire. 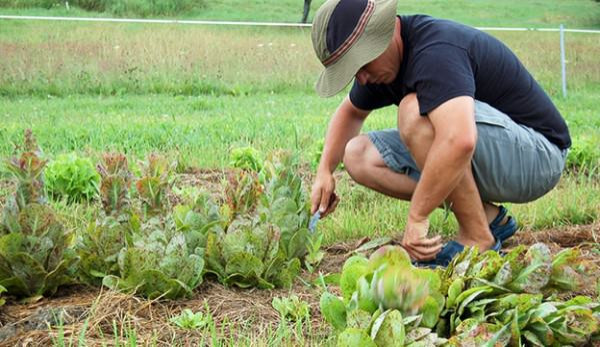 Hands down, a key barrier for fledgling farmers remains land accessāthe most important piece of your farm start-up. You canāt sow a seed or let the cows graze until you plant your boots on that piece of soil youāll call your farming home. If youāre a beginning farmer without the cash reserves or financial track record to readily purchase land, youāre not alone, which is why increasingly farmers starting out are exploring creative options for land access, including leasing.

The Basics Of Leasing Land

By definition, leasing involves renting land from the owner under a contract that outlines how you can use the property, as well as specifics like timeframe and payment structure. In the same vein as renting an apartment or leasing a car, a land lease involves a legal arrangement between the farmer and the landowner that, in the ideal scenario, outlines and clarifies the arrangement in a mutually agreeable and beneficial manner.

Increasingly, beginning farmers are turning to leasing as an option to access land. According to a study by the National Young Farmerās Coalition, access to land presents one of the largest obstacles for beginning farmers, particularly among younger folks. Farmers under 30 were significantly (70 percent) more likely to rent land than those over 30 (37 percent). Choosing this option is fueled by the fact that over the last decade, farm real estate values have doubled, making farm ownership increasingly difficult for beginners.

The Pros And Cons Of Rental Agreements

The most important first step in the land access process is to thoroughly research and understand the specifics of any land access situation to find something that best suits your needs.

“There are pros and cons to both leasing and owning land,ā explains Terra Brockman of The Land Connection, a central Illinois nonprofit providing farmer training and public education on local, sustainably raised foods, and author of The Seasons on Henryās Farm (Agate Publishing, 2009). “Remember to first be clear about your farm goals and financial situation, then make a list of pros and cons of both owning and renting farmland, realizing whatās a āproā for one person may be a āconā for another.ā

For example, pros of landownership include building collateral, maximum security and control, creating a legacy, and the psychological benefits of knowing this is your land. On the con side, landownership ties up capital you might need for farming projects and requires you to commit to being permanently rooted in that area and community.

Leasing land involves no large outlay of capital, and you typically wonāt go into debt with a rental arrangement. Another positive is the ability to use your savings and farm profits toward your farm business, versus sinking all your funds into farmland, which increases your flexibility.

Negatives of leasing involve not building equity and, importantly, not having as much security and control. This is particularly important when farming organically and sustainably, as youāll be investing in the long-term health of the soil, a process that takes time to build up and you want to reap your investment.

One way to make a lease agreement work for you is to choose a farm lease that protects the farm work youāre doing.

“Be sure to research the many creative leasing possibilities out there that can work to your advantage, such as a very long-term lease, which can provide the same security as owning land without a huge outlay of capital,ā Brockman says.

“Rolling leasesā are a good option for people who need both security and flexibility. A three-year rolling lease, for example, rolls over into another three-year lease every year until either party decides not to renew. At that point each party still has a three-year window to plan next steps. Other lease options include customizable sustainable leases that build in a shared commitment to conservation practices. The Drake University Agricultural Law Center has great resources on writing sustainable leases.

An important variable in a leasing arrangement is a strong relationship between you, the farmer, and the landowner. Consider a lease agreement as a “farm marriageā of sorts, where the two of you are ideally long-term, happy partners. This involves you learning how to be a good tenant.

“From my perspective, a good tenant farmer possesses strong communication skills and is transparent with the landowner when it comes to things like sharing soil tests and and yield reports,ā says Ruth Rabinowitz, a “non-tenantā landowner, meaning she manages the rental of her familyās farmland in Iowa while she herself lives in California. “Likewise, itās important for both the farmer and landowner to feel valued and respected in the process and to be on the same value page of long-term fertility health of the soil.ā

Sarah Marten of Butterbean Community Farm in Stoughton, Wis., also strongly values farmer-landowner communication. She and her husband, Dan, initially rented land when first starting their vegetable operation, primarily for the low overhead, allowing them to hit the ground running before they eventually purchased their acreage.

“Clearly lay out mutual expectations and infrastructure needs, such as water and storage space, and be conscientious if you are working in a space that is also the landowners’ home, as we were,ā she advises.

Remember, accessing land exemplifies the fundamental core philosophy of farming: Nothing is 100 percent right or wrong. Just as there is a range of growing techniques for garlic, there are various solid options for getting your boots on farm ground. Research, ask questions and take the time to find the best fit for you and your farming future.

A national advocate for women in sustainable agriculture, Lisa Kivirist founded and leads the Rural Womenās Project of the Midwest Organic Sustainable Education Service and is a senior fellow, endowed chair in agricultural systems at the Minnesota Institute for Sustainable Agriculture at the University of Minnesota. She is the author of Soil Sisters: A Toolkit for Women Farmers, as well as co-author of Homemade for Sale, Farmstead Chef, ECOpreneuring and Rural Renaissance. Lisa and her family run Inn Serendipity Farm and Bed & Breakfast, a diverse farm operation in Wisconsin completely powered by the wind and the sun.