Photo by Audrey Pavia Maybelline, one of my chickzillas. I had no idea how fast my baby chicks would grow. Every day, it seems like they are visibly larger than the day before. It was barely two months ago when they were tiny little fuzz balls, peeping incessantly to help mom keep constant tabs on […] 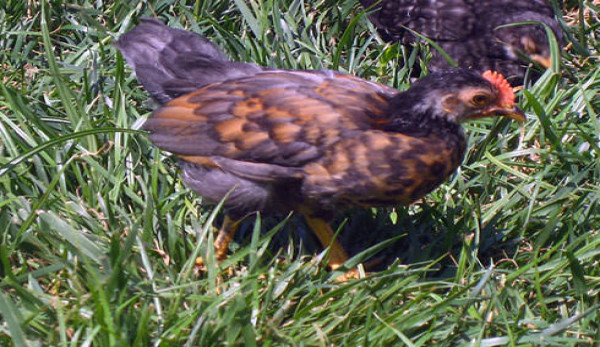 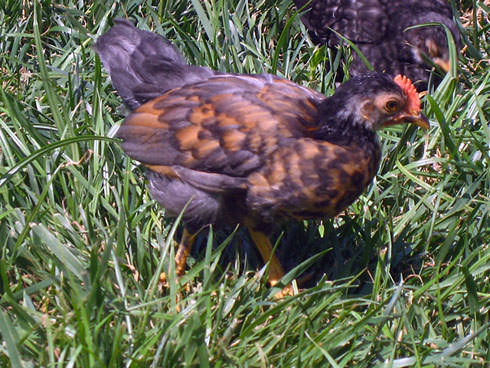 Maybelline, one of my chickzillas.

I had no idea how fast my baby chicks would grow. Every day, it seems like they are visibly larger than the day before.

It was barely two months ago when they were tiny little fuzz balls, peeping incessantly to help mom keep constant tabs on them. Today, they look like miniature chickens. Still babies, but gigantic babies, like the giant duckling Baby Huey, an old cartoon star from the 1950s. They have become chickzillas.

Two of them already have names. The biggest is probably a male, based on the large comb that is already forming on his head. Since he is the only one who resembles Mr. Mabel, he was dubbed “Maybellineâ€ť a while ago in the hopes that he was a hen. I donâ€™t think he is, but he will remain Maybelline until I can come up with something better.

Then there is Liberty, so named because at one point in her rapid development, she resembled a bald eagle. Her body was dark-gray, and her head was white. These days, she is all gray. I have to wonder where that white head went. I am disappointed; I so wanted to have a chicken that looked like an eagle.

The third chick, which is pretty big and all-black, remains nameless. Something will undoubtedly come to me, or to one of my roommates, when the time is right. Meanwhile, she is just referred to as “the black one.â€ť

The three chickzillas are now official members of the flock, staying close to mom and Aunt Jo while they move around the yard with the other chickens. Whatâ€™s amazing to me is that nothing hassles them. Chickens are well known for being unforgiving to newcomers the try to join a flock. But somehow, these little guys are exempt. The other birds know that these chicks are kin. They were immediately integrated into the group without so much as a thought.

However, things might change when they get old enough to start reproducing. If Maybelline is indeed a rooster, he may find himself bullied by Mr. Mabel as soon as he reaches adulthood. If heâ€™s smart, heâ€™ll hang back and avoid challenging the boss man. His life will be a lot easier if he takes that route.

If the other two chickzillas are hens, they will most certainly be at the bottom of the pecking order. When they are no longer under the care of Mom and Auntie, they will get chased away from the food, and pushed around at every opportunity. Itâ€™s sad to think about, but I have to remind myself that they are chickens, and this is their world. If they could ponder the human situation, they might feel pretty sorry for us, too.