7 Great Late Summer Crops You Can Bring To Market

Late summer crops can be a challenge, but here are several great warm weather additions to spice up your farmers market table. 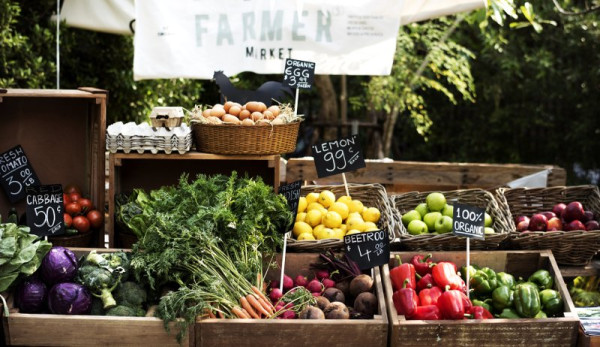 Depending on where you live, farmers markets in August and September can feel pretty redundant, vegetable-wise. The weather is still mostly too hot for the fall stuff. Itâ€™s too early for winter squash and sweet potatoes. And all the market tables look roughly the same. However, by September customers arenâ€™t over tomatoes, per se, but they are always happy to see something break the monotony. So here are a few ideas for spicing up the market table or the CSA with late summer crops when the bounty ventures into the boring.

After a summer of zippy heirloom tomatoes and cucumbers, customers are often itching for fall greens. Unfortunately, most fall greens donâ€™t love the blazing sun that still rules the day through the latter part of summer. Microgreens, however, present the farmer not only with a great excuse to put a high profit item on the table, but also among the late summer crops that can do well in the heat. Now, this summer hardiness is mainly because you can grow microgreens just about anywhereâ€”in pathways, in the lower half of your propagation house, on your porch. They are very versatile and can easily just be moved out of the direct sun when itâ€™s too much. But they do give the farmer a great summer option. Add some sunflower shoots, some radish greens, some buckwheat, perhaps a few others, and youâ€™re set.

Indeed, broccoli is already a fall crop, but there are an increasing number of varieties that stand the heat well and can be grown through the late summer for September heads. Consider, however, that you will need to protect the crop from harlequin beetles and cabbage moths with some insect netting, and you will also have to keep the crop well watered. Do those things, and you will be the first to market with fall broccoli.

Everyone is doing squash all year, so switch it up a bit. Offer a different kind of squash, like patty pan, baby patty pan, or even squash blossoms for late summer crops. After growing a bunch of cucurbits, the pest presence can be great in the late summer so account for that with some insect netting until the plants start to flower. Then youâ€™re good to go.

Another way to mix it up with a late summe crop is to add different shapes and sizes of the items that have become stale. Regarding tomatoes, you could offer paste or Roma tomatoes for home cooks looking to put some aside for winter, sun dry them or just make some killer pasta. Make it an occasion with a big pile of fruits and a â€śpaste tomato seasonâ€ť sign, then watch the customers roll in.

Summer greens are few and far between, but purslane loves the heat. It is a succulent, tangy green that always gets a good response from our customers, especially in the CSA where we try to include something new with every basket (which is hard to do come late summer). Purslane is easy to grow, looks very attractive in bunches or clam shells, and can if nothing else draw customers into the booth to look around at what other interesting late summer crops you have.

Lettuce is not a summer crop, so when I do endeavor to grow a bunch of summer lettuce in hotter months, I make sure to keep it watered and happy. But I also make sure to plant something that complements the lettuce and needs a little less attention. Baby beet greens are a great example of this. They do well in the summer under irrigation, and though they are not always the tastiest on their own, they can be mixed in with lettuce to give the mix a nice color and a dynamic flavor. You could try various baby greens for this, such as arugula, mizuna or kale, which all will do well in the summer if covered and well watered.