In the small urban garden, you may find these stinkbug cousins annoyingly noshing on your tomatoes. 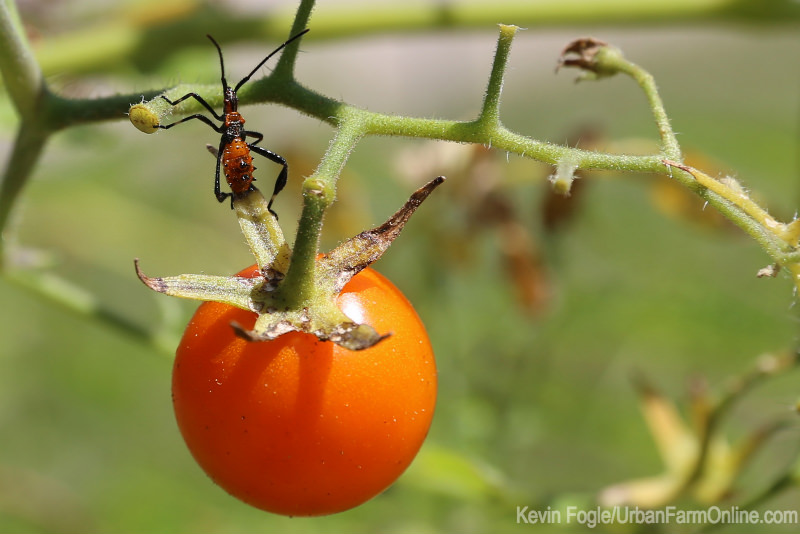 Having an entomologist for a father means a large part of your childhood is spent happily turning over rocks looking for elusive beetles or chasing butterflies or damselflies with a large homemade net. Every creepy crawly critter was captured and looked up in my trusty field guide or brought to Dad for the expert identification. Today, I still occasionally call my dad about unfamiliar insects that I happen across in my front yard garden or text him a photo on my phone. Technology certainly helps with quick identification across state lines!

Late summer has brought some new insects to my garden plot. A common sight on my tomato bushes this month is the leaf-footed bug (Order:Hemiptera, Family: Coreidae). This large insect gets its common name from its hind legs (not its feet), which feature an unusual flattened leaf-shaped area. While there are several species of leaf-foot bugs, most adults are about an inch long, share the unique hind legs and have brownish wing covers on their backs, often with a light-colored band running across. The immature nymphs are smaller, yet similar in shape with yellow to red bodies. While they lack wings and wing covers, the nymphs still feature the distinct hind legs, only smaller. 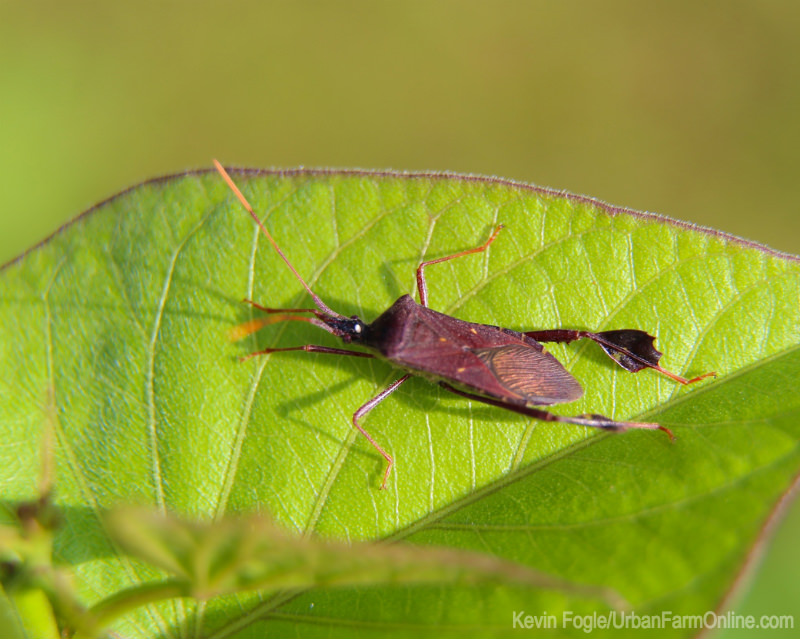 Leaf-footed bugs have a wide distribution in the southern half of the United States and are commonly found coast to coast. These insects are herbivores with a piercing and sucking mouthpart that feeds on ripening fruit like their close cousin the common stinkbug. When feeding on fruit or nuts, the piercing action of leaf-footed bugs can cause immature fruit to drop or become misshapen or create dark or depressed spots on the exterior of ripening fruit. When fruits are punctured by the insects, it can bring pathogens into the fruit causing rotting and other issues.

In my garden, leaf-footed bugs seem to love both my traditional and cherry tomatoes, but are also known to attack corn, okra and range of other vegetables. Both stinkbugs and the leaf-footed bugs can overwinter in certain climates and can be nuisance when they attempt to take up residence in our houses in the cold months. 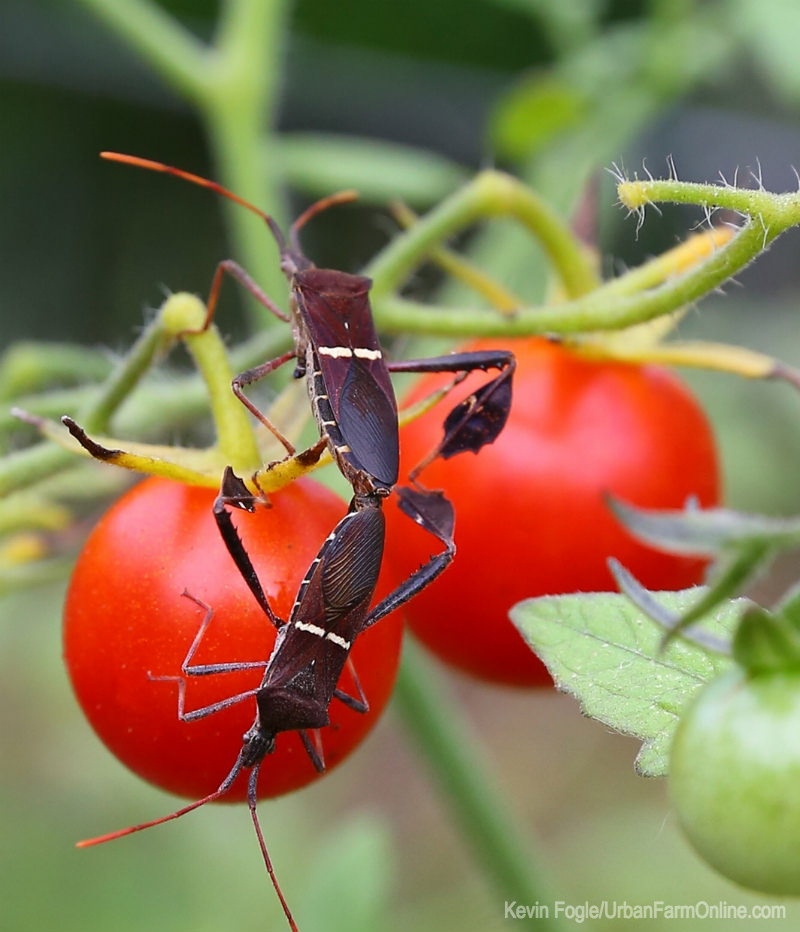 Leaf-footed bugs are annoying to most small-scale vegetable farmers. While theyâ€™re known to be destructive to large citrus and nut crops, these insects will be a minor annoyance to your urban farm unless thereâ€™s a very large infestation. To treat them organically, the best method is to physically remove and kill them. These insects are typically quite slow, good at hiding and usually pretty easy to catch by hand. Watch out, thoughâ€”like their stinkbug relatives, leaf-footed bugs can emit a malodorous scent when threatened, so consider wearing gloves when you remove these annoying garden pests.