Home Brewing Your Own Beer: There’s a Day Devoted to That

Learn to Home Brew Day is Nov. 2. We talk to the director of the American Homebrewers Association about the remarkable potential found in beer-making. 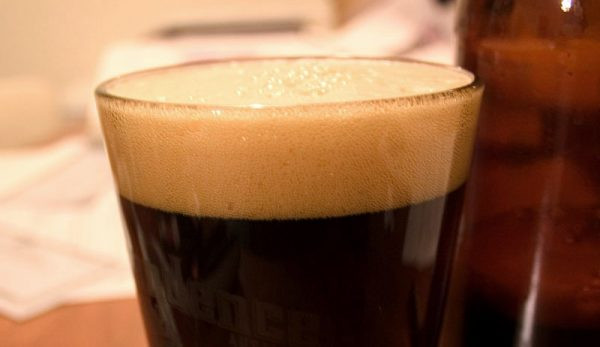 This fall I plan to make my own beer. A couple of months ago, I attended a presentation by Jereme Zimmerman, an occasional Hobby Farms contributor whose books include Brew Beer Like a Yeti. As I’m sure is the case with many newbies, I believed making beer was a complex process of trial and error that necessarily involved many attempts before one could achieve even the most basic level of success. Seeing Zimmerman’s presentation and talking to him afterward showed me something quite different.

The basic ingredients of beer are simple: malted grain (often barley), yeast and water. Most people add hops, but Zimmerman points out that even hops aren’t necessary. The basic process includes boiling, cooling, fermentation, bottling and carbonation. If you can get that right, you can then start to build on it and make any number of brews, even some that include tastes extracted from plant life native to your region. A brewery called the Ale Apothecary, for example, in Bend, Oregon (about a three-hour drive from where I live), makes something called Sahati, an interpretation of a traditional Finnish brew called Sahti. According to the brewery, it started with ” a 200-year-old Engelmann spruce tree felled on brewery property.”

If you don’t want to put trees in your beer, you can include ingredients such as chocolate, espresso, peanut butter, peppers and even bacon, among other things. A brewer at Rogue Ales of Newport, Oregon, included yeast found in his own beard. From there it gets weirder. Zimmerman told me that beer-making has strange rituals that go back centuries, including one in which groups of brewers simultaneously scream an invocation at yeast so it will properly rise.

But let’s return to simplicity. Nov. 2 is Learn to Home Brew Day, as good a day as any for first-timers to give this a try. Learn to Home Brew Day is backed by an organization called the American Homebrewers Association, which says events are planned across the U.S. devoted to brewing beer at home. I recently spoke to Gary Glass, director of the association, which is based in Boulder, Colorado. What follows are slightly edited excerpts from that interview.

Keith Bowers: Tell me about the American Homebrewers Association.

Gary Glass: It’s a membership organization whose major benefits are a magazine [called Zymurgy], member dealsã2,300 businesses give discounts to membersãthe nation’s largest home brew competition, an annual conference and lots of data on the association website. It advocates for home brewers, including working on legislative issues. It has been around since 1978ãit just had its 40th anniversary. I started home brewing 26 years ago, in 1993, and I started with the AHA in 2000. I’ve been director since 2006.

What can you tell me about the history of home brewing?

I’ve long believed that home brewing is a complex process, and that it’s difficult to make good beer. What would you say to that?

It’s a common misconception. You can take home brewing to a wide range of levels. But at the entry level, if you start with an extract kit, it’s a very simple process. On that level it’s much more like making a stew or a soup on your stovetop. If you can make soup on your stovetop, you can make beer. You can use professional-level equipment, but it’s not necessary. Even if people want to do it from scratch, I recommend starting with malt extract. Then it’s easier to step up from that point.

What general advice do you give people who want to try it for the first time?

Keep it as simple as possible when you first start out. You don’t have to buy an equipment kit, but if you do, you’ll get what you need to succeed. We have resources on our website that take you step by step through the process.

For the first batch, you probably shouldn’t do anything too complicated, like a Russian imperial stout, but something like an American pale ale or brown or amber ale. Make sure that after every step of the way, you sanitize the equipment. After it’s used to boil the ingredients and then chilled, it’s susceptible to contamination. The contamination wouldn’t make you sick, but it can make the beer taste bad. Sanitizing is not hard, you just have to remember to do it.

As I understand it, a person takes several initial steps on the first day of the brewing process. About how much time do you recommend setting aside for this first day?

Set aside 2 to 3 hours for an extract batch.

How long does it typically take, start to finish, from stovetop to drinkable bottle?

It takes 1 to 2 weeks for fermentation, 2 weeks to be on the safer side. Then, carbonation takes another 2 to 3 weeks. So, 4 to 6 weeks from the time you brew to the point you’d be enjoying your beer.

How prevalent is home brewing in the U.S.?

At a recent event in Corvallis, Oregon, where I live, I tried some selections from the Ale Apothecary in Bend. I was stunned. I’ve had many beers in the Pacific Northwest, Ireland, Belgium and Germany, but I’ve never had anything like these beers. How might that translate to home brewing?

That gets down to what keeps people in home brewingãthe ability to customize your beer to your own personal taste. You can use just about any spice, vegetable, fruit and even flowers. As long as it’s not toxic, you can put it in beers. Some home brewers include wild yeast. I would definitely do that on a small scale, but every once in a while you’ll get something that’s really unique that tastes really good.

What are some unusual or noteworthy things you’ve learned that are associated with brewing?

There are some commonly used terms that came from the brewing process. An example is the phrase “rule of thumb.” Before thermometers existed, brewers would stick their thumbs into mash to see whether it was the right temperature.

There are also a number of deities that have brewing ties. Ninkasi, for example, is the Sumerian goddess of beer. [Ninkasi is also the name of a brewery in Eugene, Oregon.] The earliest example of writing in Sumerian cuneiform is a hymn to Ninkasi that includes a beer recipe.

Do you want to add anything that I’ve not asked about?

It’s very easy to grow your own hops, so if you’re into farming, hops is a crop that’s relatively easy to grow, and it’s a very prolific plantãit can grow as much as 1 foot per day. The typical height on a commercial hop farm is 18 feet.

Keith Bowers, senior digital editor for Hobby Farms and Chickens magazines, is a career journalist who has covered business, law, politics, the arts and pets in addition to agriculture. Bowers, who spent childhood summers on a family farm in Tennessee, is also an oil painter, junk sculptor and occasional stage performer who loves motorcycling and bicycling. He lives in Corvallis, Oregon, near two family hobby farms, with his wife, Daphne, and a big gray tabby named Thomas.