Poultry Profiles: Get to Know the Leghorn Chicken Breed

No longer just a commercial egg producer, the Leghorn is experiencing a comeback as America's favorite backyard heritage bird. Here's all you need to know. 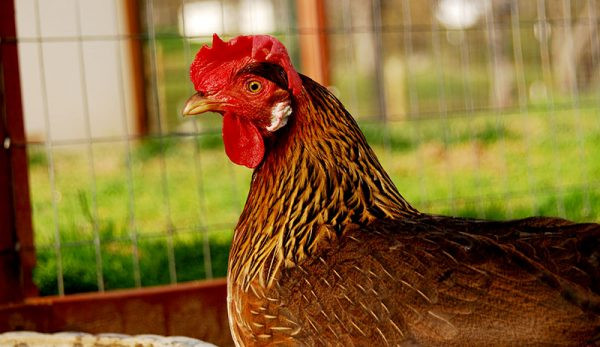 If you’re a fan of classic cartoonsâ€”or if you watched them on Saturday mornings growing upâ€”then your first encounter with the Leghorn chicken breed might well have been an animated one. Foghorn J. Leghorn, the mischievous, loudmouth rooster with a penchant for pranks, ruled the barnyard in Warner Bros.’ Looney Tunes and Merrie Melodies cartoons. In an era when modern conveniences and the rat race were all the rage, Foghorn may very well have charmed suburban America back into chicken keeping. Today, the Leghorn is the most common breed of chicken in the United States, key to the country’s commercial egg industry. The chicken breed’s appeal isn’t purely industrial, however. Read on to discover why heritage breeders and small-flock owners alike are falling back in love with the Leghorn.

If you aim to launch an egg-selling business or are simply fond of souffles, you can’t go wrong with the Leghorn. This prolific layer producesÂ 200 to 300 eggs per year (about five per week). Just four Leghorn hens can net you six dozen medium to large eggsâ€”or moreâ€”in a month. This amazing rate of lay places the Leghorn firmly at the front of the fowl line as the best-laying breed. Backyard flock owners, take note: The Leghorn lays white eggs, not the brown ordinarily associated with heritage hens.

Chicken feed sure costs more its name suggests these days, and providing for a small flock can be costly. Stretch your barnyard budget by making the Leghorn your bird of choice. An excellent forager with a small appetite, the Leghorn can graze yard, field and run for the majority of its nutritional needs. In additionâ€”unlike its cartoon counterpartâ€”the Leghorn is a small bird, averaging only six pounds for an adult rooster. While dual-purpose breeds such as the Orpington, Wyandotte and Speckled Sussex consume large quantities of feed not only to produce eggs but also to build body mass, the more diminutive Leghorn directs the vast majority of its nutritional intake toward egg production. The Leghorn is nature’s equivalent of the economy car: It gets great mileage on relatively little fuel.

Many backyard flocks consist of a pack of plump, content hens slowly grazing their way around their run. Not so the sprightly Leghorn hen. This little dynamo scratches for bugs, kicks up clouds of dirt dustbathing, dashes into your barn and flies up into the rafters, then hops down and skip-flies around the runâ€”all in just five minutes. The Leghorn loves to fly and be up high, so don’t expect her to respect the confines of her fenced-in run. (After all, did Foghorn ever just stay put in his?) She loves lofty perches and happily roosts up in tall branches, so be sure to check your trees if your headcount is short at lockdown time. Leghorns are also quite lively when it comes to reproduction, with an extremely high fertility rate. Don’t expect your Leghorn hen to set her own eggs, however: She’s too busy to go broody.

The Leghorn’s activity level is rivaled only by her noisiness. She’s a talker. She cackles and clucks all day long. The same holds true for Leghorn boys, so you might want to take your neighbors into account before proceeding with a self-sustaining Leghorn flock, as the cockerels and roosters cheerfully crow all day long, starting well before dawn.

Despite being one of the most popular chickens in America, the Leghorn is not an American-class breed. It is Mediterranean. The breed originated near the Italian port city of Livorno on the Ligurian Sea. Although Livorno is part of Tuscany, to the immediate northwest lies the region of Genoa, which calls the city Ligorno. This is the source of the breed’s name, which is pronounced Liggern (not Leg-horn) to reflect the name Ligorno. Of the chicken bloodline itself, not much is known other that the Leghorn progenitors left Italy for England and arrived from there in America around 1870.

Today, there are more than 16 color varieties of Leghorn, although not all are recognized by the American Poultry Association. These include the popular White, Light Brown, Dark Brown, Buff, Black, Blue, Golden, Silver, Red, Black-Tailed Red, Columbian, Buff Columbian, Barred, Dominique, Exchequer (pictured above), Mille Fleur, Cuckoo and Mottled. By size, there are two varieties: Large Fowl (Standard) and Bantam. The Leghorn is also one of the few breeds that boasts two types of comb: Rose and Single. Note: The Single combs in Leghorn females flop to one side except for the very first of the comb’s the five points. In males, the five points of the comb stand upright. The generous size of the Single comb allows the breed to easily dissipate body heat, making the Leghorn the ideal chicken to raise in the warmer regions of the American South.

A proper Southern gentleman himself, our feathered friend Foghorn Leghorn would agree. See him take on a chickenhawk in this clip from Warner Bros.