Review these basics to ensure a successful lambing season every year. 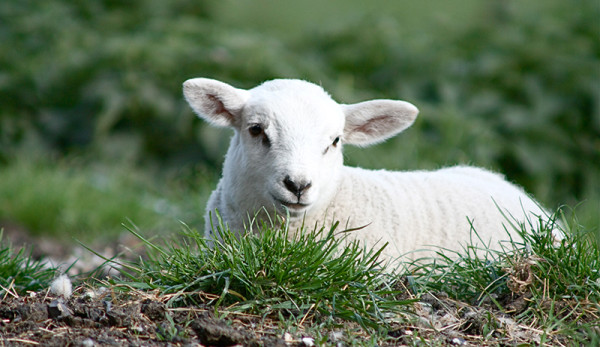 Raising sheep can be a rewarding experience, regardless of whether itâ€™s for business or for pleasure, and lambing season is one of the most exciting times as a shepherd. Here is some information on how the whole process works.

Ewe lambs from some breeds can be successfully bred when they are 7 to 10 months old. When breeding for the first time, size and weight are more important than age. As a rule of thumb, ewe lambs should achieve two-thirds of their mature size before being bred. Many sheep owners wait to breed their ewes so that they lamb for the first time as 2-year-olds. Ram lambs can be bred to a small number of ewes when they are 7 to 8 months old. They should achieve approximately 50 percent of their mature weight before being used for breeding.

Most sheep are seasonal breeders; reproduction in the ewe is affected by the length of the day. The breeding season generally extends from August through February, with peak fertility occurring in autumn, when days become shorter in length. Some sheep breeds are less seasonal in their breeding habits and can be bred to lamb in the fall or on an accelerated lambing schedule of more than once a year.

During the breeding season, ewes come into heat, aka estrus, every 16 to 17 days until they become pregnant or return to their nonbreeding period. Estrus, when the ewe is receptive to the ram and will stand for mating, lasts from 24 to 36 hours. Ovulation (egg release) occurs 20 to 30 hours after the start of estrus.

Rams should be kept separate from ewes except during the desired breeding season in order to schedule lambing seasons. A 60-day breeding season is more than sufficient to get all ewes in the flock bred. A mature ram can be put with 35 to 50 ewes. A well-developed ram lamb can be expected to service 15 to 30 ewes.

During the first 30 days after breeding, the ewe flock should not be stressed. This is the period when the embryos are implanting in the womb. Pregnant ewes and lambs should be fed and managed separately until the time they wean their first lamb(s) or are bred for the second time. The gestation length for a ewe is approximately five monthsâ€”147 days on average. Ewes typically give birth to one to three lambs. Single births are more common with yearlings, though twins are not uncommon, especially with some breeds.

Proper feeding and management during the last four to six weeks of gestation is crucial to successful lambing. During this period, the fetuses are making their most rapid growth. At the same time, the eweâ€™s mammary system is developing and her rumen capacity is decreasing.
Energy is the nutrient most likely to be deficient during late pregnancy. The actual amount of feed required will depend upon the age and weight of the ewe, and the number of lambs she is carrying. To meet the increased energy needs during this period, itâ€™s usually necessary to feed some grain or to provide access to superior pasture. Enough feeder space must be provided so that all ewes get their fair share of feed.

Two to six weeks prior to lambing, pregnant ewes should be vaccinated for clostridium perfringens types C and D (overeating disease) and clostridium tetani (tetanus). Ewes will pass antibodies in their colostrum to their newborns, which is crucial to their survival. Ewes that have
not been previously vaccinated or their vaccination status is unknown require two vaccinations, two to four weeks apart. The most important time to consider deworming a ewe is prior to lambing, as her natural immunity to parasites is compromised at this time. Itâ€™s also good to shear wooled sheep about a month before lambing to make a cleaner and drier environment for newborn lambs.

Lambing can occur in an enclosure or outside on pasture, depending on the flock management program. If lambing will occur inside, the drop area should provide 12 to 24 square feet per ewe. The barn should be clean and well-bedded with proper ventilation. Pasture lambing is more natural but needs to occur during mild weather, otherwise lamb losses can be substantial. The lambing pasture should also be clean and well-rested, and shelter or windbreaks should be available. Predators are another potential problem.

A few weeks before lambing, the ewe will â€śbag up,â€ť meaning her udder will swell with milk. Yearling ewes will not bag up as much as mature ewes. When a ewe is getting ready to deliver her lambs, she will separate herself from the rest of the flock and she may not eat. Her vulva will swell and you may see a mucus discharge. The ewe will appear hollow just in front of her hips, and she may paw the ground to prepare a birth site.

Lambing is divided into three phases. In the first phase, the cervix dilates and the birth canal is prepared for delivery, which usually takes 12 to 24 hours. In the second phase, uterine contractions increase and labor progresses until the water bag is ruptured and the fetus is expelled. This sequence will repeat until each lamb is born. The third phase is when the afterbirth or placenta is expelled, usually 30 to 60 minutes after the last lamb is born. The time it takes for a ewe to complete lambing varies.

Most ewes deliver without any difficulty or need for assistance. One of the most difficult aspects of shepherding is knowing if, when and how to assist and especially when to call for help. Itâ€™s generally recommended that if a ewe has been in hard labor for an hour and has little to show for it, itâ€™s time to investigate.

Normal presentation is when the front two feet appear with the head resting between them. Rarely is assistance needed when presentation is normal. A backÂ­ward (hind legs first) delivery can also be normal, especially with twin and triplet lambs. If a lamb presents with its hind end first and its legs tucked underneath (only tail visible), this is a breech birth. These lambs should not be turned around for delivery; they need to be carefully delivered backward. Most shepherds can learn to assist with simple deliveries, but assistance may be required with difficult presentations and more serious lambing problems. If no progress has been made after assisting a ewe for more than 30 minutes, call a vet or experienced shepherd.

In a normal lambing, the ewe can take care of her newborn lambs, and itâ€™s best not to interfere with this natural process. The ewe will begin to lick her lambs almost immediately after they are born, usually in the order in which they were born. Sometimes itâ€™s a good idea to wipe the mucus from a lambâ€™s nostrils to facilitate breathing. After the ewe has finished lambing, you can move her and her lambs to a lambing jug for a few days, which is a small pen (e.g., 5-by-5 feet) that facilitates bonding and helps to prevent mismothering and complete refusal of a lamb by not allowing it to nurse.

If lambs are born indoors, their navel cords should be dipped or sprayed with a mild disinfectant, such as gentle iodine, to prevent infections. Navel cords longer than two inches should be clipped close to the body.

Colostrum is the first milk that a ewe produces after lambing. It is very nutritious and contains antibodies to protect the lambs against various infectious organisms. It is critical that lambs consume an adequate amount of colostrum during their first 24 hours of life; the general recommendation is 10 percent of their body weight. For a 10-pound lamb, this would be 16 ounces.

Healthy, vigorous lambs should be up and nursing within 30 minutes of birth. You need to make sure the ewe accepts her lambs and that each lamb gets a drink of colostrum; some lambs may require help.

Itâ€™s usually better to tube feed a lamb colostrum than to offer it a bottle. The lambs should be closely monitored for their first several days to make sure they are nursing and getting enough milk. Lambs that consume enough milk will have full stomachs upon palpation. Healthy lambs stretch when they get up. Hungry lambs usually stand hunched up. They may bleat frequently.

There is a lot to learn about raising sheep. Be sure to seek the guidance of a knowledgeable veterinarian, as well as that of shepherds with significant lambing experience. The satisfaction and joy of raising your lambs is well worth the time it takes to learn the skills.

Susan Schoenian is a sheep and goat specialist at the University of Marylandâ€™s Western Maryland Research and Education Center in Keedysville. She raises Katahdin sheep on her small farm in Clear Spring, and is the author of various websites pertaining to sheep and goat production.