Get started growing lettuce by adding one of these tasty varieties to your garden. 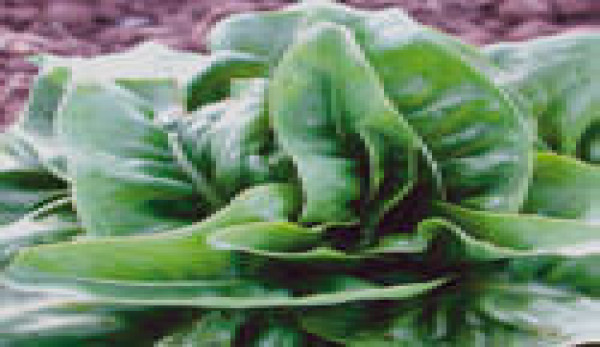 Itâ€™s easy to see thatÂ lettuce is a gorgeous, diverse and easy-to-grow crop. With a little TLC, it can become a valuable staple in your farmâ€™s garden. Eventually, youâ€™ll find yourself trying new selections each year as both an experiment and a beauty contest. Here are some varieties to whet your appetite.

Pablo
The gang at Cure Organic Farm in Boulder, Colo., praises Pablo for its crunch. With a crisp, clean texture and extreme tolerance of temperature fluctuations, this Batavian selection (a subset of the crisphead types) is not as densely formed as an iceberg head, nor is it as floppy as a loose-leaf variety. It boasts great bolt resistance and has green and burgundy leaves with undulating edges. Pablo forms loose, upright heads ready to harvest 70 days after planting. Photo courtesy Carmel Zucker

Flashy Troutâ€™s Back
Called Forellenschluss in German, this Austrian heirloom variety is a prized selection of Josh Kirschenbaum, head of product development for Territorial Seed Company in Cottage Grove, Ore. As a romaine-type lettuce, it can be harvested as either baby greens or as a mature head.

â€śIt isnâ€™t the tall, crispy, crunchy romaine you get in the grocery store, but the color is so beautiful and the flavor is very mild,â€ť he says of this varietyâ€™s medium-green elongated leaves splattered with wine-colored freckles. Itâ€™s also a knockout for its texture in the salad bowl.

Salad Bowl
A fluffy, loose-leaf variety, Salad Bowl performs beautifully in Linda Lehmusvirtaâ€™s garden in central Texas. The producer of Central Texas Gardener for PBS affiliate KLRU-TV recommends it for its heat tolerance, bolt resistance and recognition as an All-America Selections gold-medal winner in 1952. With a mellow flavor and speedy growth, Salad Bowl has a light-green color and a frilly structure.

Lolla Rossa
With striking magenta leaves, Lolla Rossa (aka Lollo Rosso) is an excellent cut-and-come-again variety. Deeply frilled margins highlight the light-green stems of this loose-leaf lettuce. It can be sown thickly for harvests of baby greens. Its mild flavor and fairly small stature make Lolla Rossa an exceptional choice for small and large gardens alike.

Italienischer
A loose-leaf lettuce with highly lobed leaves, this is a favorite of Kirschenbaumâ€™s because itâ€™s one of the largest varieties heâ€™s encountered. Italienischer should be spaced 16 inches apart because each fully developed head grows to 12 to 16 inches across. It boasts a flavor that has â€śa subtle hint of lemon,â€ť according to Kirschenbaum, and doesnâ€™t turn bitter when the summer heat arrives.

Winter Density
Also called Craquerelle du Midi, this English romaine variety is unique for both its size and weather tolerance. Standing 10 to 12 inches at maturity, Winter Density is both bolt-resistant and frost-tolerant and therefore perfect for year-round protected growing. The leaves are tightly formed and sit upright. The texture is incredibly firm, and the color is a rich, dark green.

Speckled
Lehmusvirta praises this butterhead variety, which was brought to North America from Germany and Holland in the 1700s. An Amish variety selected from Flashy Troutâ€™s Back lettuce, in flavor and appearance, itâ€™s almost indistinguishable from its forebear.

Marshall
Another favorite of Kirschenbaumâ€™s, Marshall, a red romaine, is dark maroon from tip to root.

â€śI like this one so much because it almost looks black,â€ť he says. â€śWhen the sun shines on the puckered leaves, itâ€™s just beautiful. You could incorporate it into an ornamental bed if you wanted. Itâ€™s that attractive.â€ť

Marshall has upright, 8-inch-tall heads that are dense and crisp, and itâ€™s harvestable as both baby greens and mature heads.

Green Deer Tongue
A personal favorite, this loose-leaf type has a distinct appearanceâ€”and its name aptly describes the appearance of each leaf (not that Iâ€™ve ever seen an actual deerâ€™s tongue). Medium-green leaves are pointed and grow in a whirl around the plant. Itâ€™s an heirloom variety thatâ€™s both heat-tolerant and slow to bolt. I use it as both baby greens and fully headed, and enjoy its tender, sweet flavor right out of the garden.

Little Gem
Nancy Knauss, a horticulture educator with Penn Stateâ€™s Extension, enjoys growing Little Gem for its small stature and crisp texture. This miniature romaine lettuce has brilliant-green leaves with a beefy, white heart. Plants stand about 4 to 6 inches tall and are harvested at maturity. Each Little Gem head makes a single-sized salad, and with a maturation time of a mere 33 days, itâ€™s an excellent choice for smaller gardens or for gardeners looking for faster crop turnover. Other miniature romaine selections include Bambi and Breen.

â€śIt is slow-bolting, and I like its rounded form with burgundy specks,â€ť Lehmusvirta says. Territorial Seed Company describes it as â€śa tight bibb-like head with a blanched heart of yellow-green leaves.â€ť Both its form and coloration add a beautiful accent to salad bowls.

Mascara and Emerald Oak
Oak-leaf varieties, like red Mascara and green Emerald Oak, find a home each year in Knaussâ€™ container gardens. Their deeply lobed leaves are loosely arranged into a low-growing rosette. These varieties have a crisp, buttery heart and a sweet flavor that remains mild long after other varieties become bitter. They develop full heads in about 60 days but can have their outer leaves harvested as baby greens a mere month after planting. Seed Savers Exchange describes Mascara as â€śone of the most beautiful varieties in [our] collection of over 1,000 lettuces.â€ť Knauss likes them for her containers because theyâ€™re pretty, flavorful and donâ€™t take up much space.