"Lifestyles of the Chicken Famous" is the title of a new book that's a pleasure for your poultry-loving peepers. 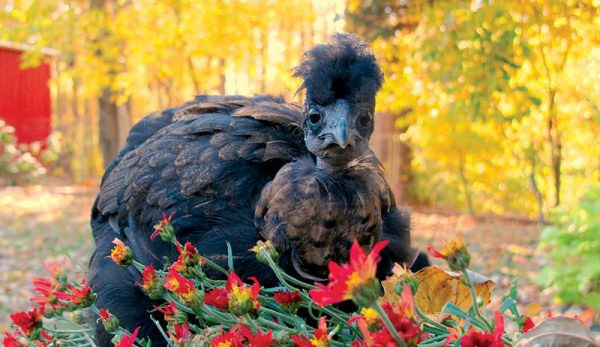 by Roger SipeApril 10, 2019
PHOTO: All photos by Kathy Shea Mormino

Kathy Shea Mormino, also known as The Chicken Chick, is a frequent contributor to Chickens magazine. Her latest work is a coffee-table book called Lifestyles of the Chicken Famous (Voyageur Press, 2018). Inside the pages, full-color imagery showcases her landscaped chicken village and her spectacular flock members, including unusual, rare and endangered breeds. Weāve been fortunate enough to get a look and have included a couple of images for your enjoyment. 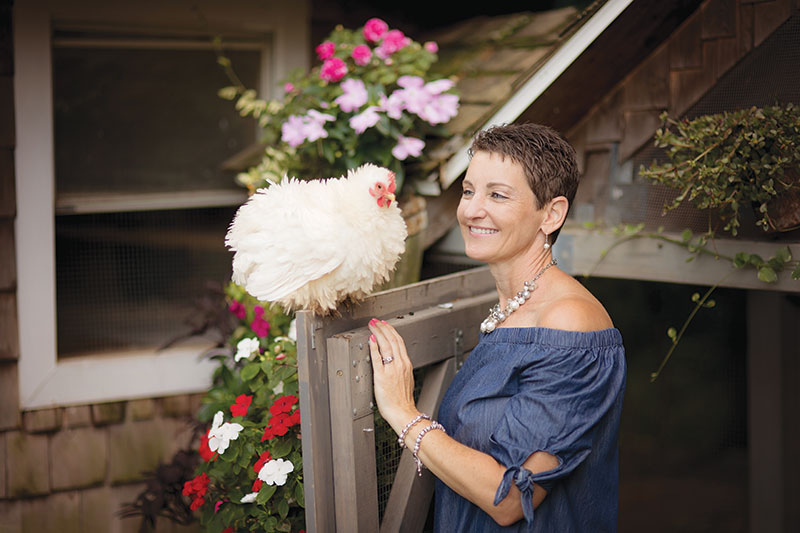 In her introduction, Mormino (pictured with Ursula, her White Bantam, Frizzled Cochin), writes that each of her feathered pets earned its name by distinguishing itself in some way, āwhether by breed, color, attitude or behavior.ā 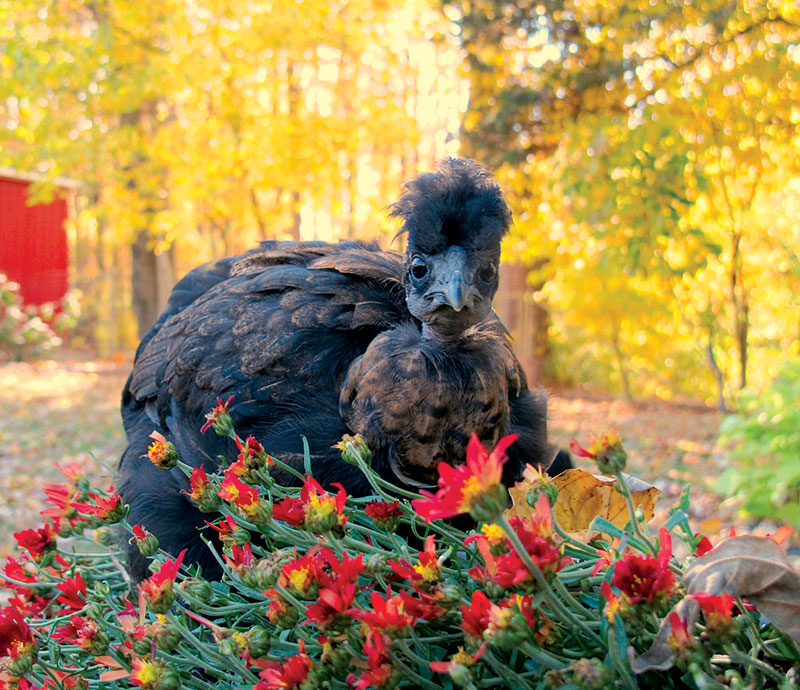 Some faces only a mother could love, but I donāt know any chicken that meets that description. 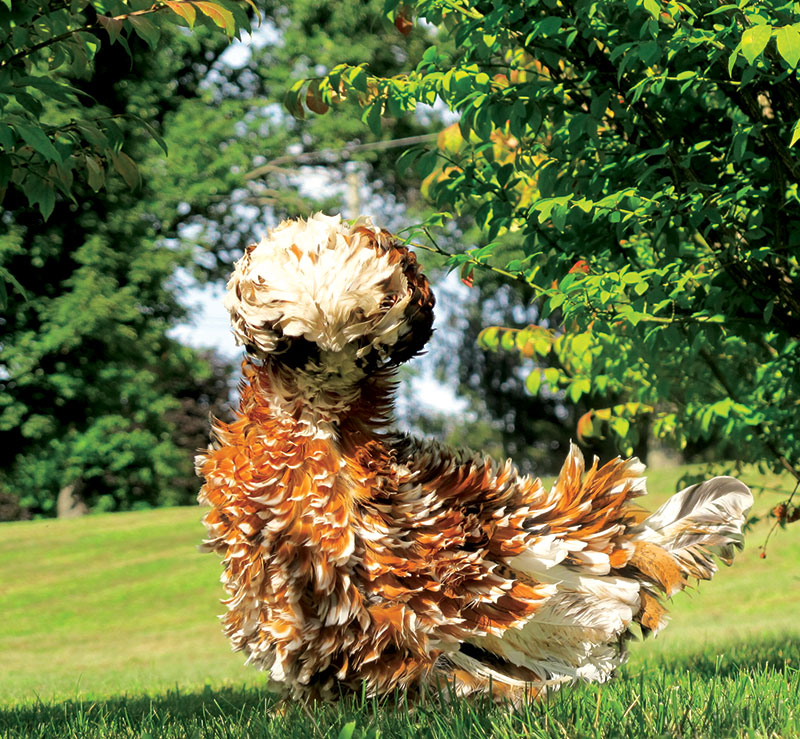 Yes, theyāre real. Try not to stare at their fabulocity; it makes her self-conscious. 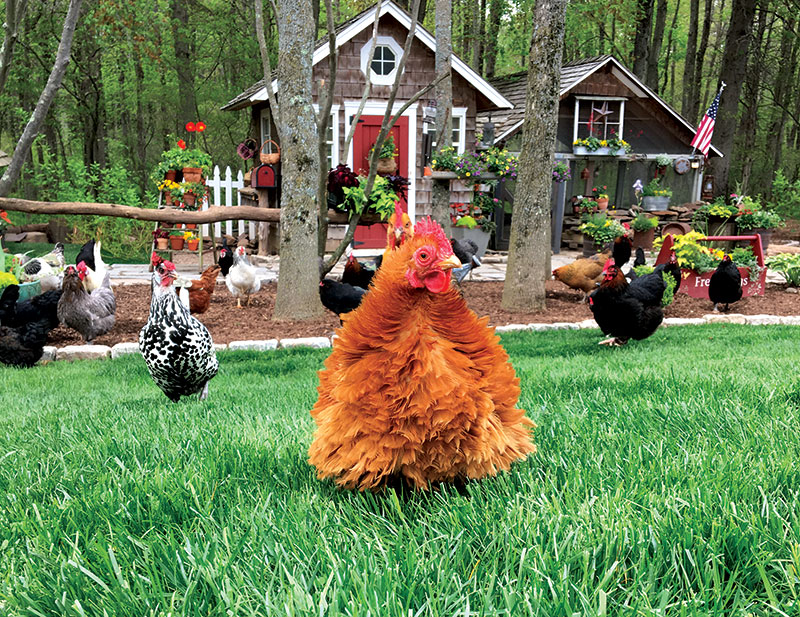 Rachel frequently could be found flanked by her bodyguards known as the āHensĀ in Black,ā who were the all-female, feathered versions of the Secret Service. 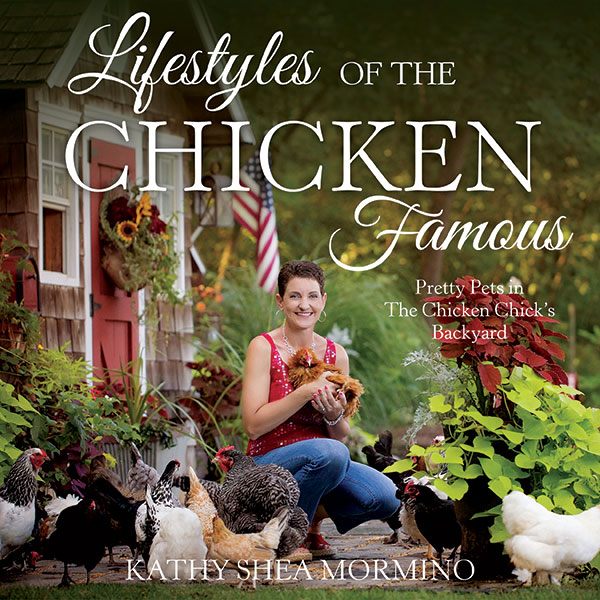