Fall squash is ready for harvest. Cook yours up in this gluten-free substitute for a traditional pasta dish. 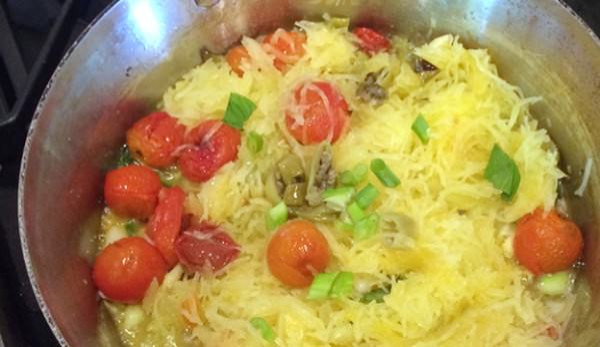 While many hobby farmers, like us, are living out our dreams in the country, thousands of other farmers are planting their roots in the city—and we can all learn from one another.

In Charlotte, N.C., Scott Lindsley and Joey Hewell have turned the grounds of their 1905 home into a vibrant example of urban farming and sustainability. The potential of a 60-by-35-foot concrete pad in the backyard sold them on the property located in the city’s eclectic North Davidson (NoDa) neighborhood, and not long after their purchase in spring 2013, Linwell Farms came into being.

Modeling it after a traditional English garden, Lindsley and Hewell transformed that concrete slab into an organic, 15-bed vegetable growing space. Alongside the veggies is their 12-by-12-foot greenhouse (dubbed Freedom Greenhouse), complete with a self-watering table and interior lighting, both solar powered. The rest of the landscaping around their house is filled with fruit trees, berry bushes and other edibles.

“This time of year, our garden starts to pump out a big variety of veggies,” Lindsley says. “We love the opportunity to eat as much as we can from the backyard, and this recipe—with the exception of olive oil, butter, salt and pepper—comes entirely from out back.”

Out of their abundant harvest comes the need for many recipes to help them use it. Their spaghetti squash recipe, shared below, is a healthy, gluten-free meal option for pasta lovers wanting to cut back on their carbs and calories.

“You can easily convert the recipe to vegan by leaving out the butter and substituting a bit more olive oil,” Lindsley says.

Place tomatoes and peppers in a small baking pan or casserole dish. Drizzle some olive oil overtop, and add a dash of salt. Mix thoroughly to coat. Cut very tip off garlic clove, leaving it whole, and pour another small bit of olive oil overtop. Add garlic, cut side up, to dish, and bake for 30 minutes or until tomatoes pop open and begin to caramelize.

Cut spaghetti squash in half, lengthwise. Remove pulp and seeds. Pour about 1 inch water in casserole dish or other oven-safe dish. Place squash halves open side down in water. Bake for about 25 minutes.

Once everything is removed from the oven, remove squash from dish and set cooked items aside to cool.

Once cool enough to touch, scrape out squash flesh with a fork to produce strands that resemble spaghetti. Lightly salt squash, and let it drain in colander for a couple minutes.

In sauté pan, add butter and white parts of scallion. Once butter is melted, simmer for 2 to 3 minutes. Chop peppers and peel roasted garlic. Add tomatoes, peppers and garlic to pan.

Turn heat to medium, add spaghetti squash and remaining olive oil, and toss for 3 to 4 more minutes. While tossing, press tomatoes to release juices. Add salt and pepper to taste, and toss in basil, parsley and scallion greens.

Serve immediately as a main course or side dish.