Photo by Audrey Pavia Shiva, the little Sebright who got me started in chickens. I was looking at my flock of bantams the other day and suddenly remembered how I came to own chickens. It was all thanks to a Sebright hen by the name of Shiva. Ever since I was a kid, I had […] 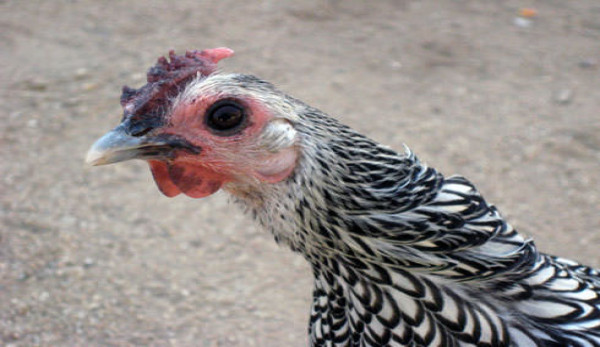 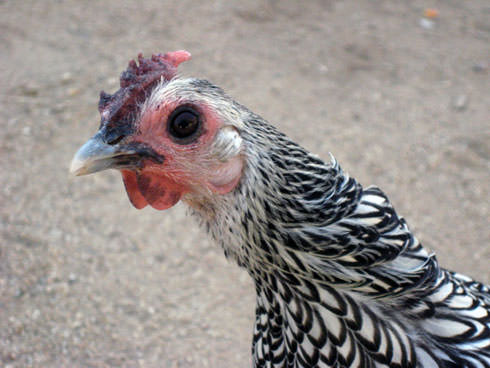 Shiva, the little Sebright who got me started in chickens.

I was looking at my flock of bantams the other day and suddenly remembered how I came to own chickens. It was all thanks to a Sebright hen by the name of Shiva.

Ever since I was a kid, I had always wanted chickens. Here I was living in Norco, where everyone had chickens except me. What was I afraid of? I guess I was concerned that they would die.

My sister Heidi, who resides in a condo and lives the urban-farm lifestyle vicariously through me, helped me get past my fear. She called me one day and said, â€śI have a chicken that needs a home.â€ť

Heidi, who is a veterinarian, had a client walk into her clinic that day with a hen the client found on her property. Of course she called me. What was she going to do with a chicken?

I went and picked up the hen. I knew very little about chickens and spent some time on the Internet trying to identify her breed. I decided she was a silver-laced Sebright. She was a tiny thing, and we named her Shiva. We put her in a brand-new mini coop we had purchased at the feed store.

I knew chickens should not live alone, so I figured I needed to get at least one more bird. I visited a friend of mine who runs a horse rescue and took one of the pullets she had rescued from an abandoned property. As soon as I put the new youngster in the coop with Shiva, she began attacking the poor thing. That Shiva was a feisty one. She was always running around and seemed to have no fear. I hung a bell and mirror made for a parakeet in the coop, and Shiva would regularly stare at her image and ring the bell. I loved her, but I couldnâ€™t stand watching her beat up the poor pullet. I decided that she was too aggressive to live with another chicken in such small confines and thought she might do better in a place where she would have more room.

I called my friend at the horse rescue and asked her if she would take Shiva. In exchange, I would take a couple more of her rescued pullets. She agreed.

The day I dropped Shiva off at the rescue and took two more pullets in her place, I felt very sad. Iâ€™d only had Shiva about a month, but she had so much personality. It was hard to let her go, but she had convinced me that I needed to have an entire flock of birds. Unfortunately, it was apparent she was going to harass them.

I kept in touch with my friend for regular updates on Shiva. She was living in a large coop with a young peacock and a couple of larger chickens that wouldnâ€™t take her crap. She seemed to be doing well there.

A year or so went by and I decided to take a drive down to visit the horse rescue. I was anxious to see Shiva; I still missed her. When I got there, I was devastated to find out that she had died. My friend had lost a number of her chickens that spring to a disease, and Shiva was one of them.

I still feel sad whenever I think of that little hen. In the short time I had her, she convinced me that chicken-keeping was something I just had to do. The flock I have in my yard now is her legacy.