How To Handle Carcass Disposal Of A Farm Animal

It's a good idea to have a carcass disposal plan in place, should an animal die on the farm. Here's a primer on all your options and the rules around them. 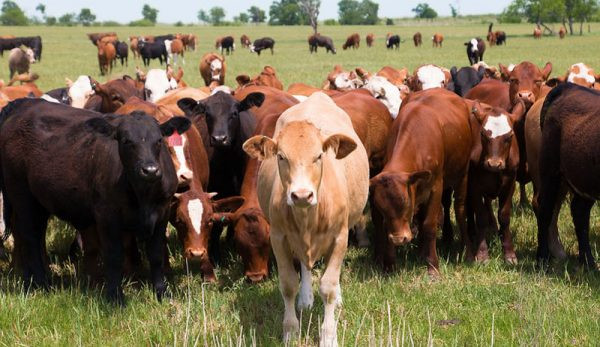 But a crossing-that-bridge-when-you-come-to-it attitude can have consequences. Having to chase down a backhoe for burial, or locate a rendering plant when youâ€™re distraught over a beloved animalâ€™s death can be very stressful.

And donâ€™t assume your livestock veterinarian will have the solution. Unlike small animal vets who have access to pet cremation or burial services, large animal vets, for the most part, do not.

Just as having a plan for a barn fire or weather catastrophe, itâ€™s important to have a plan for your animals in their end stage of life. You donâ€™t have long to make a decision either. Youâ€™ll find that most state and local regulations require you to dispose of the animal within 24 hours after learning of its death.

Flinging a chicken into the woods, dropping a small animal carcass into a garbage can or dumpster, or burying a large animal in a shallow grave does not constitute proper carcass disposal. Not only is it irresponsible, these actions can spread diseases for both animals and people, and it can get you time in jail or heavy fines.

Donâ€™t panic. Iâ€™ll take you through each legal carcass disposal option along with its pros and cons. But since every state has its own rules and regulations for disposing of livestock and poultry, for this article, Iâ€™ll focus on my own state of Indiana. Youâ€™ll find listings on your stateâ€™s .gov website.

What is a rendering plant?

In a nutshell, these unlovely, but very important businesses turn carcasses into edible or inedible products. Independent renderers (those not affiliated with slaughterhouses) collect animals off-site, and make inedible-for-humans products from the rendered fat of dead (not freshly slaughtered) animals.

They make thousands of products in four categories:

For a fee, a rendering plant will come to your farm and take care of the carcass disposal for you. If youâ€™ve decided that a rendering plant is the best option for you, youâ€™ll need to have a plan in place for euthanasia if the animal hasnâ€™t expired on its own.

Here is the rule, and itâ€™s a very important one:

The FDA has ruled that an animal put down using pentobarbital, which is hazardous for pets and livestock, cannot be rendered into animal feed. Euthanasia via captive bolt, administered by someone trained to use it and usually while the animal is sedated, is a good and humane alternative.

Since horses are considered pets and not livestock, which are usually chemically euthanized, rendering plants often reject horses either way in order to err on the side of caution. Increasingly, rendering plants are rejecting animals from hobby farms for the same reason.

Each year more and more independent plants are closing down due these health regulations, so this option may not be available for you. Indianaâ€™s website has a list of licensed plants, although after a bit of research, I discovered that many of them have shut down.

Understandably, it might make you squeamish to ponder on rendering plants and the products they make. But consider it in another way. Rendering is basically recycling and reusing carcasses that would otherwise take up valuable space in a landfill.

Yes, you read that right; composting, also known as natural rendering, is a viable option for carcass disposal. Done correctly, a carcass can break down into nutrient-rich compost in less than a year.

But you canâ€™t dump your manure heap on the remains and call it a day. You must follow a strict protocol, and itâ€™s not for the squeamish. And composting doesnâ€™t take care of the skeleton, especially the skull and large bones.

However you can opt to bury or incinerate what is left, or you can use the bones as a base for the next pile. There may be a communal compost pile in your area or a business, such as Compassionate Composting, that specializes in composting remains.

Here are the rules/guidelines:

Check out Cornell Universityâ€™s fact publication for information on how to do natural rendering. h

You can bury an animal on your property if state law allows it.

If you have the muscle or obliging friends, a shovel will do. But you will need a backhoe to bury large animals. A nearby farmer with such a piece of equipment might be able to help you. Or you may be able to rent one at a heavy equipment rental company.

Here are the rules:

Zoos and owners of exotic animals are always on the lookout for animal carcasses. Call around in advance to make a list of such places.

Here are the rules:

Disposing of animal carcasses is a fact of life. It is gross, costly and stressful, and absolutely necessary. Planning ahead will help mitigate issues and make a difficult time easier to bear.

States and counties may allow incineration in open pits or barrels with permits. You might also find a company that incinerates animals.

States and counties may also allow animal carcasses into landfills, which qualifies as burial.

The Fish and Wildlife Service (FWS) has strict rules regarding chemical euthanasia. The concern? Something called â€śsecondary phenobarbital poisoning of wildlife.â€ť

Wild and domestic animals have died as a result of scavenging on phenobarbital-euthanized carcasses.

You can be held liable for heavy fines and incarceration under the Migratory Bird Treaty Act, the Bald and Golden Eagle Protection Act, or the Endangered Species Act.