Livestock Fencing: How to Plan and Invest for Your Farm

Many fencing systems exist, and selection depends on animals, grazing management plans, long-term goals and budget. Learn which is right for you. 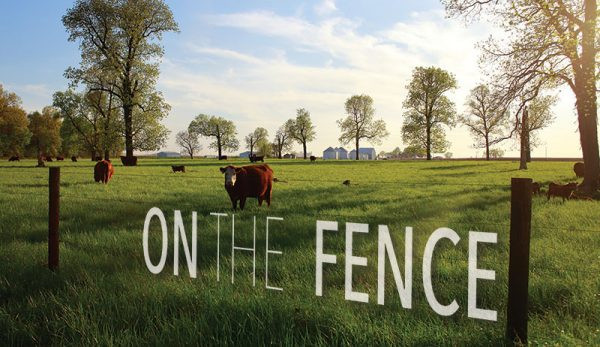 Fencing is a necessary investment for any farmer who plans to keep livestock, including small ruminants and poultry. It serves two main purposes: containing animals and protecting those animals from predators. Choosing the right fencing system for your operation requires strategic planning to ensure you get the most of your investment now and in the future.

A wide range of fencing systems exist, including high-tensile, poly tape/wire, woven, PVC, wood and portable panels. There is no single system that fits every situation. Instead, fencing selection depends on factors such as grazing management plans, long-term goals and budget.

Whatās more, a farmās fencing needs will probably change as the operationās focus evolves. For 33 years, Troy Bishopp has operated a family farm in Madison County, New York, where he also works as a grazing specialist for the Madison County Soil and Water Conservation District. Bishopp has kept multiple animal species over the years including cattle, small ruminants, layers, broilers, pigs, sheep, ducks and ponies.

Bishopp long used electrified systems regardless of the animal type. Now that young grandchildren are around the farm, the fencing system has changed again. He hesitates to use electric fence in areas where the toddlers have access until they understand not to touch it. That means careful planning and using it where necessary (such as with cattle) but choosing other options when possible (with, for example, goats).

Shopping for supplies without a plan can be costly. Before investing in fencing supplies, think about your needs. āStart with your goal first,ā Schmidt says.

Consider the types of animals youāll keep and how youāll manage them in addition to the farmās long-term goals.

āItās important to allow for flexibility and adjustments over time as you add different species groups to your farm,ā she says.

For example, barbed wire is suitable for cattle because cows have thick hide. However, itās not appropriate for horses or sheep. If you keep all these species in one pasture, an electrified high-tensile fence is safe and effective.

For electric systems, the energizer, also called the fencer or charger, is a crucial component.

āSometimes people spend a lot of money on the fence but spend $40 on a charger,ā Schmidt says.

Buying a fencer is complex. The energizers are typically measured in joules, but that can be misleading. Joules are figured by multiplying voltage by amperage by the length of charge. Manufacturers and suppliers donāt typically share the numerical value of the charge length.

āI always overcharge my fences to be sure the animals stay in because once they learn how to get out, theyāll continue to get out,ā Bishopp says.

Schmidt adds that sheep need a stronger energizer because it takes a more powerful shock to penetrate their thick wool coats. Even the most powerful fencer wonāt work unless itās grounded, a detail that is often overlooked.

āTalk to a local supplier for advice on choosing the right charger,ā Schmidt says. The charger is often plugged into the farmās main power supply. Solar and battery-operated fencers are also available for remote areas. Schmidt has seen farmers use car batteries with success.

āFolks who use car batteries know how many days the car battery will last and change it out before it dies,ā she says. āFencing companies sell clamps that can be used with a battery system.ā

Another important consideration is safety for the people accessing the animals. That includes gates and paths in between neighboring pastures. The local availability of materials can also influence the type of fencing that is used. Also consider the potential impact on wildlife, cultural norms and building ordinances.

Grazing management plans play a key role in determining fencing selection. Decades ago, once the fence posts were in the ground and the woven or strand wire was run, the animals were simply turned out. Pastures werenāt rotated or rested with regularity. Today, rotational grazing is a critical component of farm management. For that reason, portable fencing can be a good fit.

Portable fencing costs a little more, but itās versatile: You can roll it up and move it somewhere else. You can also store it, and you can sell it.

āIf you decide to get out of the business, you can sell portable fencing; you canāt sell posts and wire that are permanently in the ground,ā Bishopp says.

Having spent more than three decades on the family farm and transitioning to and from various animals, Bishopp says portable fencing can more easily change as the farm changes. For example, you can pick up and move portable panels, maximizing flexibility in facility design and animal movement.

Sheep and goats need smaller spacing between the horizontal pieces to prevent escape. Hog and cattle panels are another portable panel option. These are made of heavy gauge steel from 1ā 4 to 3ā 8 inches in diameter, welded together in squares. They are 3 to 4 feet high and usually come in 16-foot lengths. These panels can be nailed to posts with staples or clipped or wired to T-posts.

āAs the name implies, this is a good fencing system for pigs and has been successfully adapted for cattle and horses,ā Schmidt says. āThis fencing style is not recommended for sheep or goats as they can put their heads through the squares and get caught.ā

With portable fencing, you can test a pasture layout or grazing management approach before installing a permanent fence. It allows for flexibility and adjustment.

Permanent fencing requires more labor for installation but is equally viable. Even on farms that use portable fencing in a rotational grazing plan, a permanent perimeter fence is often used to contain animals that might escape an interior fence. These systems typically include corner posts and bracing. While large-diameter wooden posts are often recommended for corners on permanent fencing systems, steel or plastic posts can be used along the sides.

āCedar or pressure-treated poles will better withstand the elements and the moisture in the ground than other types of lumber,ā Schmidt says. āPosts should be buried at least 4 feet deep or deeper to withstand the pressure of the fence.ā

Hobby farmers have a variety of fencing options including woven, barbed and high-tensile (electric and nonelectric) wire. PVC and post and rail are other options. Hereās a rundown of some of the most common types.

Sometimes the best option is unconventional. For example, Bishopp wanted to protect his 2-year-old granddaughter from being shocked by the electric fence when she played with the kid goats. So he searched online classified ads to find an alternativeāa 10-by-10-foot dog kennel complete with a shade tarp.

āIt was perfect because the gate provided easy access to the kids and for feeding and watering,ā he says. āAnd we could easily move it to a new grazing area daily.ā

He got it used for $50 rather than the full retail price of $350. He adds that a similar setup could accommodate two or three lambs, a few broilers or 25 chickens.

āBe flexible in your mindset and get opinions from other farmers,ā he says. āAsk them why they use different types of fencing and what has worked best. YouTube is a fantastic tool for learning about what has or hasnāt worked for others.ā

Finances play a key role in selection. People tend to prefer more expensive options but often have limited budgets. Being conscientious is prudent, but going cheap is costlyāand potentially dangerousāin the long run.

For that reason, he shops with local farm-supply and fencing-supply companies rather than big-box stores.

āPeople think that shopping local and buying American-made steel is more expensive,ā he says. āItās not true; it may be the same price, but the quality is not the same. Itās a safety thing.ā

Fences are a key component to success with livestock. Take the time necessary to choose, and build the best possible fencing. Researching your options and strategically choosing a fencing system rather than jumping in an buying supplies can save you time and money while setting you up for success.