Here are essential facts about groups of nutrients that are crucial to the health of various livestock species on the farm. 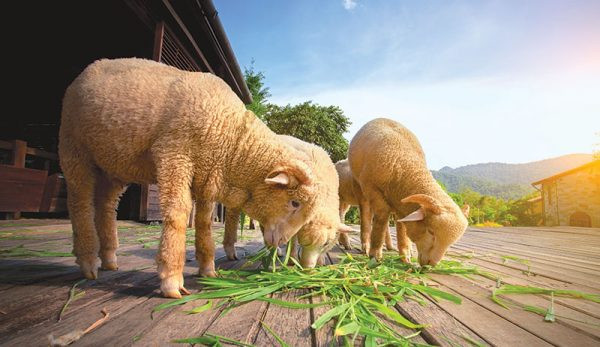 Vitamins and minerals are important. In fact, it‚Äôs such an accepted part of life that sometimes the practical application can be overlooked, especially concerning livestock health.

Nutrition for farm animals is a detailed science. And much of what we know about humans and vitamins and minerals applies to animals as well. The variables are:

First, a refresher: Vitamins are organic (containing carbon) nutrients that are either water- or fat-soluble. B complex and C vitamins are water-soluble.

In other words, the body makes them, so they don‚Äôt usually require supplementation. While commercial animal feeds contain the recommended daily allowance of these essential nutrients. But vitamin content of forage varies with age and soil, which might set the stage for vitamin deficiencies.

Supplementation of water-soluble vitamins boosts immune response and thriftiness during stressful or less than optimal situations. You can provide vitamin supplements as food additives or via injection as indicated. And because B complex and C are water-soluble, toxicity is never an issue.

Fat-soluble vitamins A, D, E and K don‚Äôt flush through animals‚Äô systems. Rather, the liver stores them in a sort of ‚Äútime-release‚Äù form. While vitamin K is fat-soluble, it‚Äôs also produced in the digestive process and usually doesn‚Äôt need supplementation because the body makes what it requires. However, the body doesn‚Äôt make A, D or E from food synthesis.

A and E must be ingested through foodstuffs, and the levels of nutrients vary in foods. So supplementation might be needed.

According to the Center for Agricultural and Environmental Research and Training, ‚ÄúThe amount of vitamin A in a roughage is typically indicated by the degree of greenness.‚Äù

Watery eyes, susceptibility to pinkeye, rough coat and slow growth are signs of a vitamin A deficiency. As the green fades from the forage/hay, vitamin A dissipates. Thus, the longer hay is stored, the less vitamin A it contains.

This lack might take a while to show up, because vitamin A stores in the liver for two to four months. And if deficiencies begin to surface, they typically do so in the long, dragging days of winter as the animals consume aging hay stores.

However, if you do supplement, this is a case where more is not always better. Oversupplementation of fat-soluble vitamins can cause toxicity.

Vitamin D is essential for the absorption of calcium and phosphorus. And, as with humans, exposure to sunlight lets animals make their own vitamin D.

Production is self-sustaining and should stay at acceptable levels unless the sun isn‚Äôt shining. However, when animals live in confinement, out of reach of sunshine, or in regions where winter weather creates long periods without sun, they can develop a deficiency. This manifests as rickets in younger stock, bone weakness in older animals and stillborn young.

Sun-curing and long-term storage of hay affects more than vitamin A. It can also result in the loss of vitamin E, a key nutrient for healthy reproduction. Vitamin E also helps prevent the formation of peroxides that damage body tissues, according to Gadberry.

‚ÄúIts function is related to that of selenium, which detoxifies peroxides once they form,‚Äù he says. ‚ÄúWhite muscle disease in calves can result from vitamin E deficiency, [though] it is more often due to a deficiency of selenium.‚Äù

The Center for Agricultural and Environmental Research and Training recommends alfalfa as a good source of naturally occurring vitamin E.

There‚Äôs good news if you need to supplement these essential ingredients. They are readily available in several forms:

Minerals are inorganic nutrients. They come in two classes: macro and micro.

Macrominerals are needed in relatively large amounts‚Äîa range of a few tenths of a gram to 1 or more grams per day. Minerals in this category include calcium, chlorine, magnesium, phosphorus, potassium, sodium and sulfur. As with humans, minerals in the proper levels balance each other for optimal well-being.

Microminerals or trace minerals, are as follows:

The amounts needed are indeed tiny‚Äîfrom a millionth of a gram to a thousandth of a gram per day. But livestock health and production depend on these diet-sourced elements.

Soils contain macro- and microminerals in varying levels, as do foodstuffs. This results in widely fluctuating amounts of available minerals.

That said, supplementation is easily available in loose and block forms as well as in feed rations. While some farm operations create custom mixes, typically these must be done in large quantities to be price-effective.

Gadberry advises managing free-choice minerals to ensure that animals don‚Äôt ingest too much. This can include:

‚ÄúInjectable forms of minerals are available similar to injectable forms of vitamins,‚Äù he says. ‚ÄúThese are available as trace mineral supplements and are often administered during critical phases of production that often coincide with timing of health and management practices (vaccinating, weaning, estrous synchronization).‚Äù

Keeping livestock healthy has many components. Small though they might be, vitamins and minerals are an unseen and vital component of the effort.

We needn‚Äôt be scientists to understand and facilitate optimal nutrition. With quality food, our informed observation to catch deficiencies before they become a problem and multiple ways to administer supplements, our animals can live productive, healthy lives down on the farm.