In the first of three parts, we consider typical numbers of offspring per pregnancy as well as treatment and prevention of a common disorder. 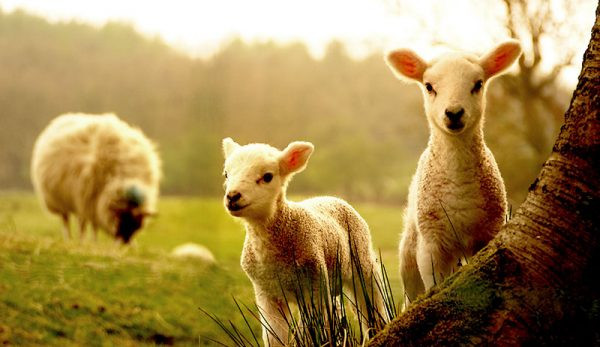 Spring approaches, and soon many livestock owners will find themselves caring for various newborns. Over the next three months, we’ll consider pregnancy, birth and potential problems across three types of livestock: small ruminants, cattle and horses. This month, we look at sheep and goats.

Gestation length is a good starting point. In small ruminants, it’s roughly five months. These animals are typically considered “short day breeders,” which means they are evolutionarily wired to breed in the fall (when days get shorter) so they give birth in the spring (when days get longer and warmer). Selective breeding and hormone manipulation allows for some farms to breed their sheep or goats during the spring to lamb and kid in the fall, as meat prices during that time of year can be better.

Typical Numbers of Offspring per Animal

Goats and sheep typically carry singles, twins or triplets, although some sheep breeds are known to be highly prolific. Finnsheep, for example, frequently give birth to an average of three to four lambs and have been known to have as many as eight. This is impressive but can be counterproductive. A ewe or doe (female goat) has only two teats, meaning she can feed only two offspring at a time. With triplets, farmers should watch the little family closely to make sure all three are getting the nutrition they need. Any more than three and you’re almost guaranteeing a bottle baby.

Although risks exist during and soon after birth for mother as well as offspring, small ruminants can succumb to a relatively common condition right before birth called pregnancyÂ toxemia. This is also known as pregnancy ketosis or twin-lamb disease, for reasons that will soon become evident.

As a fetus grows in utero, it requires increasing amounts of energy from the mother. If the mother is stressed, sick or too thin, she can’t provide nutrients to the fetus the â€śnormalâ€ť way, which is via blood glucose. Instead, her metabolism goes into overdrive. The liver kicks in and begins making ketones as a backup supply of energy. This condition is called ketosis. This might sound familiar, as ketosis can also occur in unregulated diabetic humans (and dogs and cats).

Ketosis over a period of time is detrimental to an animal’s health. Pregnant ewes or does that are ketotic become very sick quickly. They stop eating, which only worsens the condition, and they become weak. If left untreated, they will die. Ewes and does carrying more than one fetus are at greater risk of developing this condition.

Treatment for pregnancy ketosis is force-feeding propylene glycol, which is an immediate source of sugar for metabolism. IV fluid administration of a dextrose solution can also be done; this also helps with dehydration. B vitamins are sometimes given as an appetite stimulant and yogurt is fed to help maintain digestive flora and provide protein. If these more conservative treatments donâ€™t get the ewe or doe up and eating again within 24 hours or so, more aggressive options should be considered.

Because the growing fetus or fetuses cause the metabolic imbalance in the first place, the lambs or kids should be delivered. Pregnancy toxemia occurs in the last trimester of pregnancy, when fetuses’ greatest growth spurt occurs. This is helpful because you can induce labor (or perform a C-section) and it can result in live young that arenâ€™t premature. Other times, however, you have to weigh your decision: Will the young be too premature to survive? Can the mother wait a few more days to allow for a little more fetal maturation? Sometimes these are very difficult questions to answer, making treatment options feel more like a gamble. Unfortunately, there are times when you lose the mother as well as the babies.

Preventing pregnancy toxemia is far better than trying to treat it when it occurs. For larger farms, you should divide the herd or flock into groups: mothers expecting singles, twins and triplets. This is recommended because the mothers carrying more than one fetus require more feed and careful management during the last trimester. Ensuring enough high quality feed intake during this last part of the pregnancy really is key for preventing this condition.

Other prevention tips include avoiding stress for expecting mothers. This means providing adequate shelter if the weather is nasty and not transporting the animals when they are heavily pregnant. Keeping those expectant mothers safe and sound is key to a successful birthing season. That’s some advice that applies no matter what the species.