Far Off the Grid: Embracing Tiny-House Homesteading on 10 Acres

Homesteading has a level of unpredictability, as well as challenges and rewards, that keep Teri Page, her husband and their two kids learning and growing. 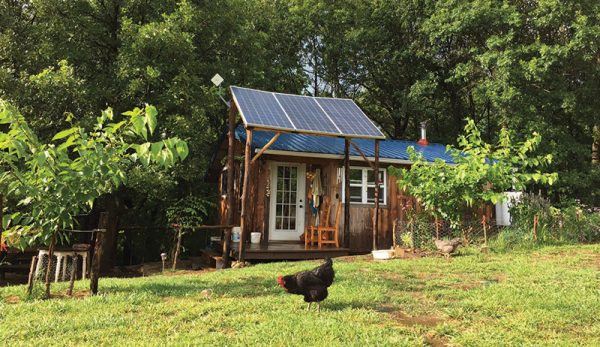 ŌĆ£We were eating what came out of the garden,ŌĆØ she says. ŌĆ£And it was an introduction to a new way of living.ŌĆØ

When the internship ended, the couple rented a cabin on 35 acres in OregonŌĆÖs Willamette Valley and started growing and raising their own food. They kept bees and raised laying hens, broilers, goats and pigs.

ŌĆ£I love gardening and growing food,ŌĆØ Page says. ŌĆ£ItŌĆÖs special to make a meal and say, ŌĆśThis is the broccoli we grew and the beef we raised.ŌĆÖŌĆØ

A desire to own land and build a home led them to give up their idyllic rental and move to Missouri in 2012. Their current homestead includes a tiny 350-square-foot solar-powered home on 10 acres.

Page calls it the culmination of taking small steps over a number of years until they were ready to take the big leap. 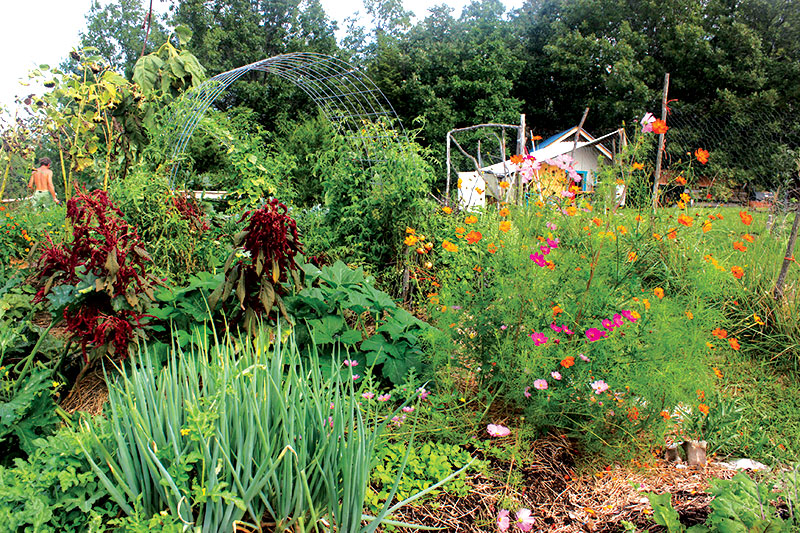 Going off the grid wasnŌĆÖt necessarily their dream. Page wanted to minimize her environmental footprint and realized that hooking into the power grid meant cutting down trees to run lines to their home and relying on coal power.

Solar, she says, was a better choice. ŌĆ£We were so deeply committed to reducing our footprint on the Earth and wanted to be intentional about how we were living.ŌĆØ 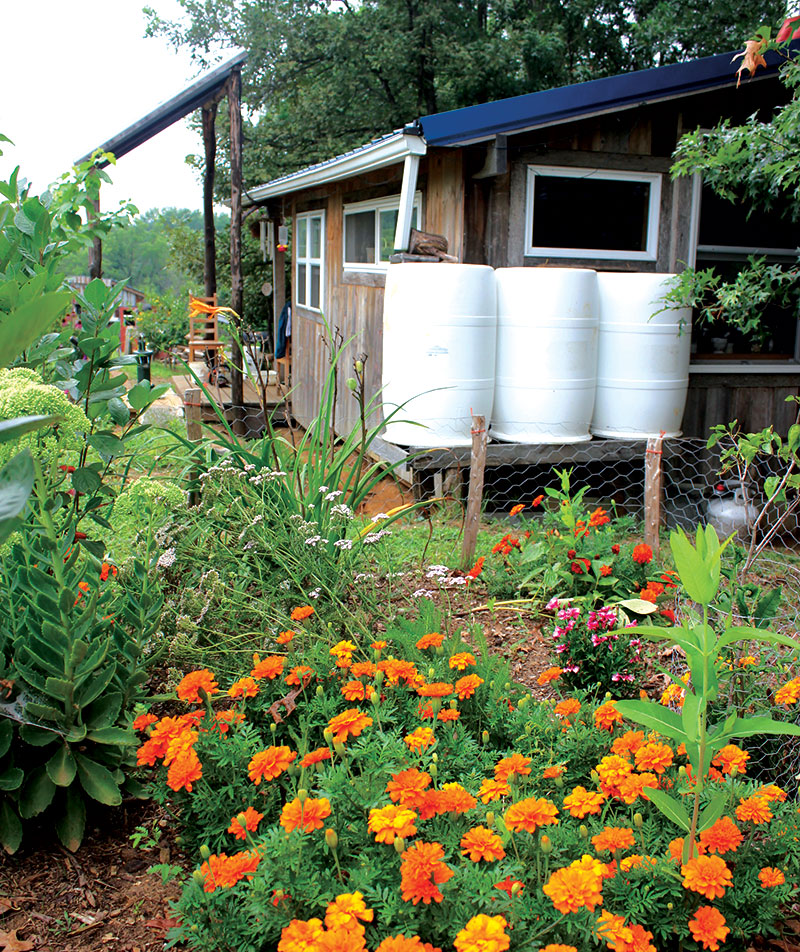 The decision to live off the grid has its challenges. Without any running water, taking a shower requires hauling water from their catchment tanks and heating it over the fire before adding it to their outdoor shower unit.

But Page appreciates the slower, simpler way of life, especially for raising her children, ages 10 and 7. Her new book, Family Homesteading, chronicles her experiences.

ŌĆ£My kids have had the most idyllic childhood, and they already have the skills that took us two decades to acquire,ŌĆØ she says. 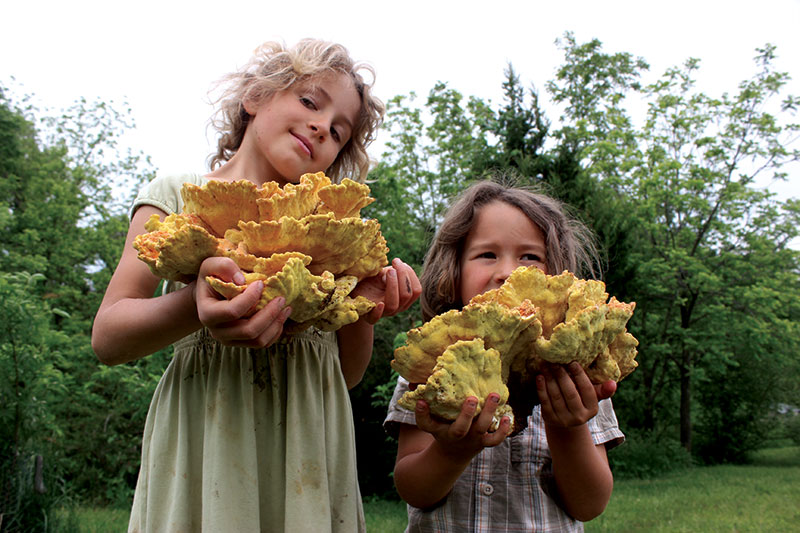 With their families on opposite coasts, Page decided to scale back the homestead so they could be away from home more often.

They sold their last cow in the spring and processed the remaining livestock for the freezer. Page still has a few laying hens and maintains a large garden, including a food forest filled with native edibles such as plums, pawpaw, mulberry, elderberry and serviceberry.

Extras such as proteins come from local farms.

Operating at ŌĆ£an extreme level of off-gridnessŌĆØ might require hard work and extra steps, Page says. But she appreciates the lessons that come with the lifestyle.

ŌĆ£The level of connection to the Earth, the seasons, the weather, ground me in a way that nothing else does,ŌĆØ she says. ŌĆ£Homesteading is exciting and wonderful and frustrating. There is a level of unpredictability, and weŌĆÖre always learning.ŌĆØ

This article appeared in Living Off the Grid, a 2018 specialty publication produced by the editors and writers of Hobby Farms magazine. Aside from this profile,┬ĀLiving Off the Grid includes stories on permaculture, renewable energy, growing plants without seeds and long-term produce storage. You can purchase this volume, Hobby Farms back issues as well as other special editions such as Healing Herbs,┬ĀBest of Hobby Farms and Best of Urban Farm by following this link.